Wumper was 100% Correct: Other shoe drops 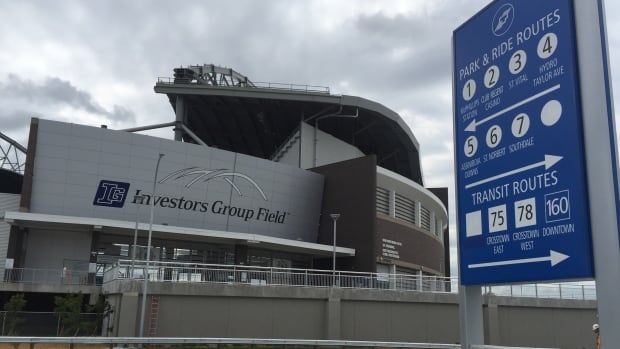 The University of Manitoba has officially acknowledged there's little chance it will ever see roughly $118 million it's owed from a loan to build Investors Group Field, and the province is responsible for the shortfall.

The football club has a third shoe to drop.
The rather significant statement of claim for delays and related costs, filed by the Quebec based steel erector.
I'm anticipating some notes of irony should our proud club be brought to its financial knees by a Quebec based company.
But, of course, I forgot, WAD assured us that someone's insurance would clean up those pesky millions of dollars...
Lyle, the brown stuff is headed for the blades.
In related news, we wack Tyranna tomorrow.

On a positive note - WRITE-OFF INFORMATION actually reached the media and therefore the public. Many of us weren't surprised because it was predicted as being fully unsustainable.

IF JOHNNY COCHRAN WAS STILL ALIVE HE'D BELLOW FROM THE TALLEST MANITOBA MOLEHILL:

"NO MATTER WHAT THEY SAY - THE PEOPLE WILL PAY"

"Swifty" is Shindico's correct knack name and I'd be surprised if he is more than a local PM for CadFair.

Over time IGF will become what most other Manitoba public buildings become, a tax funded gentleman's club where friends of friends ("Directors" in most other biz plans) go to pack the old CV and swill for cheap.

Give us one more provincial election flip and the entire debt will disappear, the only apparent remnants will be a bunch of familiar faces sipping wines unavailable to the paying fans, with their grain fed butts in seats they've never paid for. What an Asper will hold court, laughing and swilling, the true fan count will dwindle and lemmings will tell the grand kids about the good old days when they had a fan site that boasted of the largest circle jerk in all of sports. Annually The WAD will come out, look around, see his shadow and complain about the "bus deal". Rapid transit will one day run to the park, directors will occasionally complain about how difficult it is to get a leased Beemer out of the park with all those damn buses getting in the way. Someone will start to write a book about it, What an Asper will threaten to sue, the story will evaporate. A law firm will rise from the ashes of The old TD bank building and will suggest to a judge that it's time to wind up the lawsuits, all will agree that 5 cents on the dollar seems fair, final closing will be delayed as Phil Sheeg's whereabouts, and signature, are unknown, rumoured to be in Iraq, or maybe Turkey. Interpol will be called to find him. They won't.

….You know guys in all of this we have a stadium that will last this club for decades....Sure things could have been done different but hindsight is always 2020...The money game and especially regarding governments are a shell game at the best of times...Public money is squandered by the millions and if you actually look at the debt on IGF it is small compared to other government expenditures and dare I say 'boondoggles'...The NDP has all kinds of warts...but I can name other governments who have wasted billions ...not millions...(Liberals and Conservatives)….So enjoy the new digs guys and hang up the political axes...This is football time and we have a Cup in our future (at least I hope the hell it is after 27 years...lol) T.O. tonight and 'maybe' back to back wins...Haven't seen that for awhile from this club

…...Great back to back wins...Crowd could have been bigger...Guess the walk-ups are waiting till we play someone with a good win percentage.....

27,000 announced is pretty darn good, considering the weakness/lack of glamour from opponent . . .

Wonder if Wad ever announces how many chairs he papered. Wumper would prolly estimate 1,500 to 2,000 easy!

Article in today's paper has Slipper M. Sewer (Mayor Brian Bowman) asking why the plan to have the private sector assume levels of participation/risk was never acted upon?

Easy answer? When it comes to losses (or more likely lack of profit) local yokel businessmen knew the project could only bleed green - no real chance of profit from the get-go - - - - that's why even the esteemed David "Dizzy" Asper, armed with a good chunk of his father's 45 million dollar estate, wouldn't even put $50,000 in the thing. In fact, to be perfectly transparent, Asper strip-mined the Manitoba premier for about 5 million - just for the idea Asper put out on his stadium-generating CAD software.

No businessman in their right mind would have put a dime into that project - even their name (for liability reasons). It cannot, and will never generate profits and/or equity.

Why is Bowman even asking the question? Probably to look tough on crime!