Looks like efforts are underway to bring a WNBA franchise to Toronto for the 2020 season: 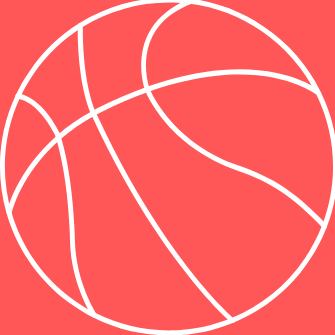 Official Update: Paperwork will be submitted to the @WNBA this summer right in time for Spring 2020 inaugural season tip off 🏀🇨🇦 #WNBATO

Will be interesting to see if this pans out. The summer sports scene in Toronto is getting packed but with the population of the GTA we should be able to support all these teams.

Where are they planning on playing? Despite the growth of the game, especially fueled by the Raptors championship, I have hard time seeing with working out long term without MLSE’s backing.

My understanding, they’re not involved.

For my part I miss theRegina Rage and the Saskatoon Sirens of the Legends(Lingerie) Football League: 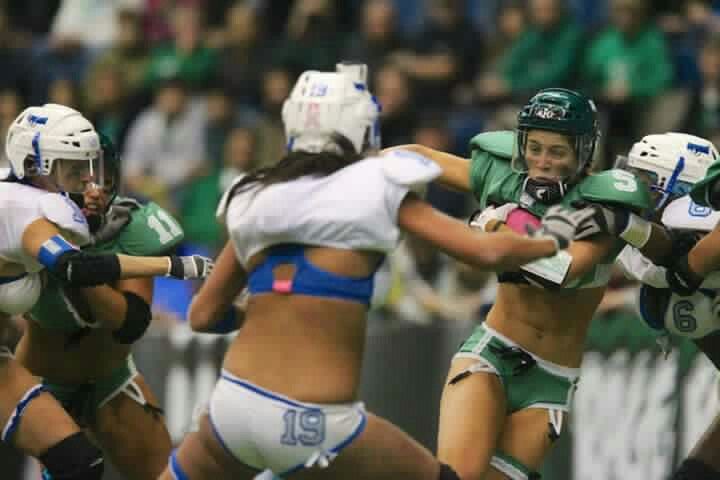 Where are they planning on playing? Despite the growth of the game, especially fueled by the Raptors championship, I have hard time seeing with working out long term without MLSE’s backing.

My understanding, they’re not involved.

Ya, without MLSE involvement it might be harder to get things rolling but who knows. Waiting to see what happens. 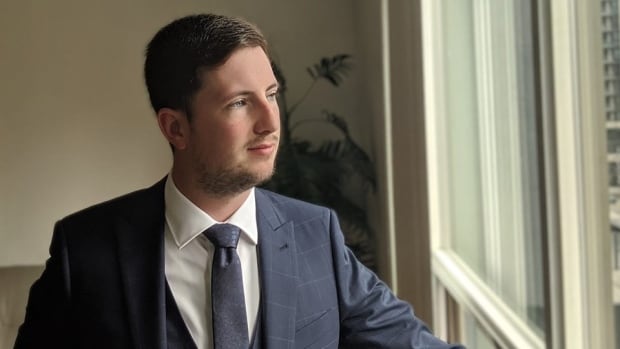 One of the co-founders of a bid to bring a Women's National Basketball Association team to Toronto recently ran an esports organization that unceremoniously folded without paying some of its players.

One of the co-founders of a bid to bring a Women's National Basketball Association team to Toronto recently ran an esports organization that unceremoniously folded without paying some of its players. People once involved with Daniel Escott— who before this bid was the founder and CEO of Iceberg Competitive Esports— say they severely doubt he has the ability to help net Canada its first WNBA team. Escott, for his part, says he understands those concerns, and is steadfast that his group'sbid is on the right track. But people from the competitive gaming industry aren't so sure. "They didn't have the money, they didn't have the investors, they didn't have [the] cash, they just had empty promises," said Sean Luellen, a former marketing director for multiple esports organizations.

CFl fans would empathize with the stuggles of WNBA players to get more respect and earn more money.

Like all the better players in the WNBA, their reigning MVP (Breanna Stewart) played over overseas a few months ago to suppliment her income. In the champsionship game, Stewart tore her achilles and will miss the entire 2019 WNBA season. Since the WBNA does not have injury lists, Stewart would have counted against the salary cap. Her team’s workaround was to suspend Stewart and instead name her as the ambassador for the club. What Seattle is paying her currently is actually more than her base salary ($65,000) as a player.

At least they are paying her. Two years ago, one of their highest paid players (Chiney Ogwumike) was going to miss the season recovering from an injury. Although they would extend her contract, the team suspended her without pay to free up money and open up a roster spot. It is not like she is just some gullible player. She and her sister (Nneka) went to Stanford. Chiney is currently a Vice President of the Players Association. Nneka is the Presidet of the Players Association.

Too bad, things are not looking good for a franchise. I was going to start a thread about how Kia Nurse needs to be in Toronto as that would provide “excitement and promise.”

From what I have heard, without the NBA and some of its teams subsidizing the league, it might not be around.

Basketball interest seems to be growing in this country, but the fact that the womens hockey league struggled and then folded without major investments, does not bold well for a WNBA team.

Any league, whether its a mens or womens league is going to have a hard time starting up in this country as there are only so many sports fans and their dollars to spread out.

This is a dog with flees.
No chance for any success.

This is a dog with flees.
No chance for any success.

Interview with 16 year veteran and future Hall of Famer Diana Taurasi from today.

espnW: How do you feel about the pay disparity in the WNBA?

Diana Taurasi: It’s just so sad to me. You know, 15 years in, it’s just such a sad thing to talk about. We had to go to a communist country to get paid like capitalists, which is so backward to everything that was in the history books in sixth grade. And even then, even within our pay scale, it doesn’t make sense. On a team, you could have seven players making the same amount of money. That doesn’t make sense to me.

espnW: The percentage is off, right? Is that the biggest argument?

Taurasi: Something’s missing. I don’t know. I don’t know what the solution is. But what’s going on now, it’s not working. And I use an example of when B.G. [Brittney Griner] was a rookie, she was walking in this arena, and the janitor was making more money than her. But you want Brittney Griner to be this superstar and carry the league into where? The kid’s got to go to Russia [in the offseason] for the next 10 years to get paid what she deserves.

And it’s just shocking to me, as we have the NBA as the best model ever. But the WNBA always finds a way to mess it up. I just don’t get it. I’m so disillusioned with it all … not because of what I had to go through, but for the younger kids. When you’re in it, when you’re playing and you’re young, you don’t worry about these things. You’re just so worried about proving yourself and getting to the playoffs, being a better basketball player.

But when you get older, like Sue [Bird] and I, we start thinking about these things, like it’s been 15 years. I think Sue said it best. In the last 11 years, I think we’ve had a 1.5% increase in our pay salary. I mean, who doesn’t leave that job? It’s like [Lionel] Messi. You play for Barcelona, and then you go back to Argentina and play in a YMCA league because you love the game. And you know what? We come back every single summer because we love the game. It’s pathetic.

espnW: The WNBA says it wants you to be fresh and rested every season, but you have to go overseas to make money?

Taurasi: They don’t care. They don’t care about that. Any league that talks about that – they care about their players – is lying. Like I had to watch [NFL commissioner] Roger Goodell talk about player safety. He doesn’t give two sh–s about player safety. Like, they can say all the right things. So I didn’t go overseas [this year]. OK, that’s great. Hey, can you pay for my therapy? Can you pay for my personal trainer so I can be in shape when I come play for you? “No, we can’t do that. That’s against WNBA rules.” Oh, OK, then I’ll just come in here fat and out of shape, since you really care about your product. See? I mean, they can say all the right things, but they need to show us what that means.

espnW: Will the players opting out of the CBA change anything?

Taurasi: Well, those are going to be contentious points, and any time you renegotiate a CBA, they try to throw in all these little minor details that make it look pretty. But at the end of the day, we haven’t been able to fix the biggest thing, and that’s salary. And even on the union side, we can talk about all these other little things, but salary is the most important thing. 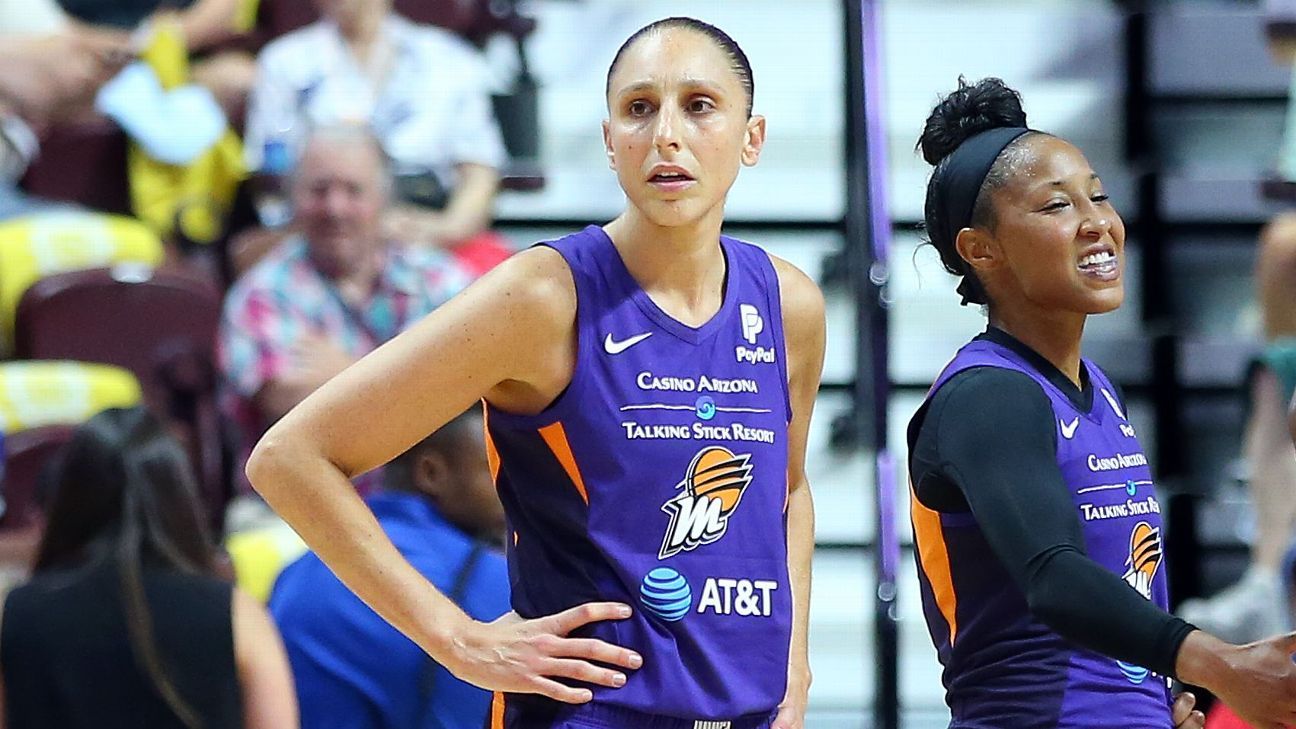 Why has the NBA "made rock stars out of its players," yet the WNBA pay disparity makes Diana Taurasi sad? The Phoenix star doesn't hold back.

In light of this trial of Televised events. Its not so far fetched that in the future this may just happen.
It is a logical step as the GTA is now a huge basketball hotbed.
Furthermore the area of the GTA that is the hotest spot for basketball is Mississauga.
Inccidently is where the Raptors NBA G League plays its home games.
In the 5,500. Paramount Foods Center.
So somewhere down the line MLSE may just be as adding a WNBA team to its vast empire.
Just saying its not far fetched but also by no means is it close to be a sure thing at this point.

I'm all for equal pay for equal work but this is a very surface statement. The money has to come from somewhere but what revenue is the WNBA making? It's a far more complex conversation then just "Where they find the money I don't care, that's their job."

I find it funny when people say athletes make far too much money (Usually this comes up with the big four.). I always say, why do you think the ownership groups are willing to pay them that kind of money if their not going to make even more? That's why player unions formed because owners were exploiting athletes. Anyway, it would be interesting to see a breakdown of the WNBA to see what the cash flow is like.

Just saying its not far fetched but also by no means is it close to be a sure thing at this point.

I would day it is 50/50 at this time. Expandion is not in the cards for now but teams have moved from cities & sold to other ownership groups in other cities.

With the popularity of Canadas Womens National Team.
I am a little surprised that MLSE has not added to its vast Toronto FC EMPIRE of facilities. Teams etc.
NWSL currently has 9 teams so expansion would be welcomed to make 10 & place a team in Toronto Market at the same time. The first in Canada. With a Popular Toronto FC football club

Kind of surprised the WNBA is still going .