Yes, the USGA lost the course as Zach said, they blew it and they admit it. Mickelson, oh boy, what can you say about those shenanigans in a major other than YIKES! Brutal. I'm sure a lot of fans don't know whether to laugh or cry with that sort of "weekend with the boys with some beers on the local municipal course" sort of behaviour. Guys in the morning so many shots off the lead were able to move up big-time, too much, because of how much more difficult the course was in the afternoon. 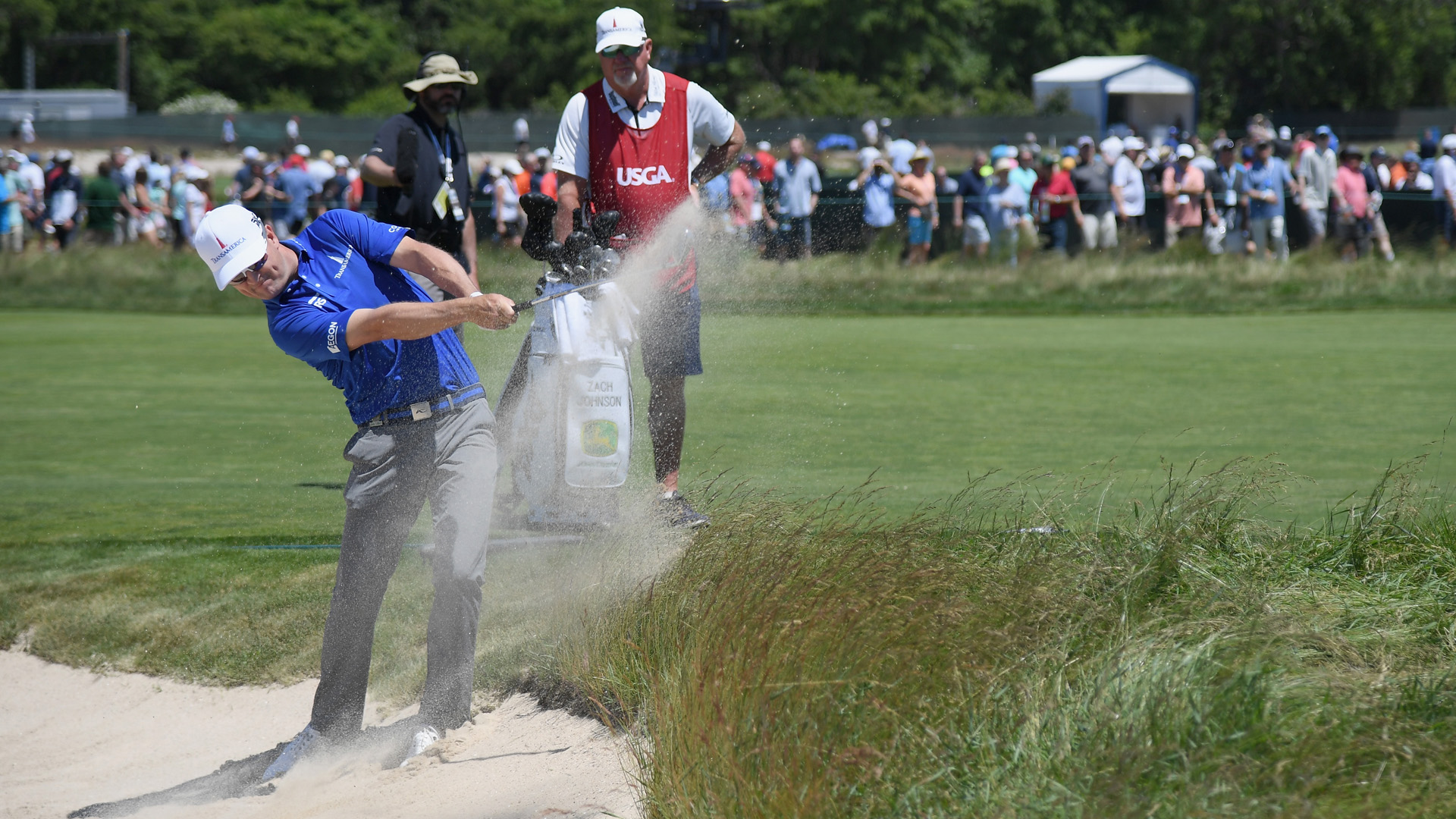 Much-hated Tiger never blew up like Lefty did yesterday. If Mickelson has that little respect for the rules of the game perhaps he should retire and to what he was born to do - circus shot travelling show!

As for Dustin - the word was obvious. The only guy who defeats Dustin is Dustin - and he did it with an opening 9 of 41.

Berger may not be able to stand up to the pressure and hang with Koepka and Johnson.

That said, don't rule out steady-eddies like King Henrik Stenson and The English Rose, Justin Rose!

so far today the course is playing much softer. Fowler shot 5 under par 65 today and everal other golfers are under par for today's round. Too bad for Fowler that he was starting the day at +16.

Patrick Reed who won the masters is 3 under through three holes today and now is in a tie for the lead at +3.

Yes, much easier today, Fleetwood made a charge with a 63 but Koepka back to back victories, he showed he was the best well most consistent. No one under par for the US Open, wow!

Yes, much easier today, Fleetwood made a charge with a 63 but Koepka back to back victories, he showed he was the best well most consistent. No one under par for the US Open, wow!

Mick Fleetwood made some amazing long putts of 15 to 30 feet today to bend the course to his will - but in the end he flubbed a fairly easy 3 footer for birdie on 18 that would have given him a U.S. Open record 62 and probably no worse than a playoff with Koepka for the title!

Tiger, even a healthy one is a non-factor. He can whack the ball like there's no tomorrow but he can't play golf (like he once did)

Phil Lefty is still a creative and artful golfer but at 48 he's just a Top 10 or Top 20 cling-on who's waiting to make his way onto the Seniors tour.

Babyface (Spieth) is still viable - but only every so often does he impose his will on a golf course.

Stenson, Porky Reed, Justin Rose & a few others are still very, very viable. Reed might be around for another 10 to 12 years. Stenson & Rose have to get things done in the next 4 or 5 years to cement their legacies!

Tiger is basically a show-golfer now, a carny act that makes his way onto courses, creates a furor and either goes home prior to the weekend - or makes weekend and fizzles!