For those who did not see the game go to http://www.cfl.ca/schedule/ and click on video for the re-cap.

I watched the game from the beginning and I was rooting for Hamilton only to watch Reilly et al dismantle the Ti-Cats defence with impunity. It seemed there was nothing the Esks could do wrong. With only about 8 minutes left in the 3rd quarter the Esks were up 31-6! Holy shadz-butt! How does something like that happen?

I was getting anxious. I was getting bored. To recharge my interest and not make so many trips to the fridge I was beginning to change allegiance and hoping to see the Esks score in the 50s, maybe even in the 60s the way things were going.

Many remember the thrashing meted out by the Esks when the Esks in 1996 pummelled Winnipeg 68-7. Were Esks fans in for another delectable scoring rampage?

With 8 and a half minutes remaining in the 3rd quarter and the way the Esks were playing there was still plenty of time for the Esks to do more damage.

The Ti-Cats showed up! I don't know if Masoli [QB for Hamilton] was constipated for the first 2 and one-half quarters, or he needed a Snickers bar but at 8:30 of the 3rd quarter everything changed for the Ti-Cats. Whoah to any Ti-Cat fans who tried numbing their brains with alcohol after seeing the earlier carnage. They missed an unbelievable come back. Whoah to any Ti-Cat fans who decided to leave the game early.

Masoli reached kindling point with about 8 minutes remaining and was on fire for the duration of the game. But could the Ti-Cats erase a 25 point deficit with only about 23 minutes left having only been able to score 6 points up until that point? They could and they did! Not only that they went on to beat the Grey Cup champs 37-31. The Esks could not score a single point after easily wracking up 31 points against the Ti-Cats.

Who would have thunk it could happen? I guess it only goes to show that no matter how badly you are being beaten... 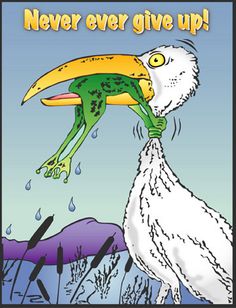 Yes! Early candidate for game of the year. Sooo good. Some many entertaining games, in 2016, that would have remained blow outs in 2014/2015.

I would be best to be quite on this.

I thought watching then second half was a waste of time :thdn:

[i]Did Collaros sneak into the game wearing Masoli’s jersey in the 3rd quarter?

(NOTE: This is a reference to Jason Maas, the Ticats QB, not Jason Maas the Eskimos QB or coach.)

(Inspired by one of Beaglehound’s comments.)

I think Johnny must have ate a snickers because this is a really good question.

I think it's just his streaky nature. He runs so hot and cold, even within the same game. There were times in games when he can't hit the broadside of a barn and other times he's hitting nothing but bulleyes and I think that's what happened in the second half, he got hot.

I don't even think the Edmonton defence was playing all that bad. There were several catches were the secondary was covering as well as they could, if they covered any closer they would have taking pass interference penalties. Masoli just managed to drop the ball in the one spot his receiver could catch it. There were two occasion the Edmonton linemen managed to get pressure and flush him out of the pocket and it looked like it was throwing the ball away only for it ending up as a reception.

Of course him being able to sustain drives helped the Ticat defence to rest and be able to put pressure on Reilly it was their turn.

Johnny is offended! IT wasn't meant to be nice!

Johnny is offended! IT wasn't meant to be nice!

AWE, I knew it was to good to be true.

It was a thing of beauty. Thank-You Ticats

A buddy of mine who is one of the few to win 6 cups with the esks, made a call to the equipment guy ,to see what was going on. He said the young guys just learned the game is 60 minutes long, he also said they were pretty cocky at half time.