Still think David Braley is trying to play puppet master and take over the CFL with two teams who have a total of two wins? 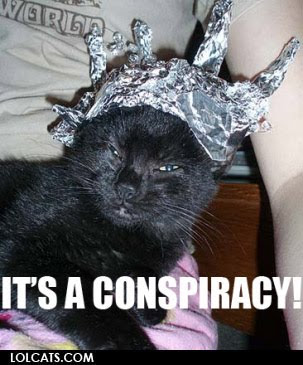 Still think David Braley is trying to play puppet master and take over the CFL with two teams who have a total of two wins?

Problem with both teams is the head coach is also the team manager. It puts a lot of strain on the individual and it makes it hard to make objective descisions about the team as a whole. Look at both of them next game, and tell me you don't see some level of exhaustion on their faces. It's also a case of no school of second thought at the top.

Just my two cents though.

braily does have potential to make some good cash though... two grey cups in a row, and one being the 100th grey cup. whatever money he is loosing this year, i feel he will make back.

It's not that I think that Braley is cheating. In fact I trust Braley that he sincerely just wants both teams to have solid ownership when there is a shortage of suitable owners out there. Furthermore I believe that no one wants a new owner for one of his teams more than Braley himself. He realizes the optics of the situation and he'd much rather have a solid independent owner for each team.

Right now it's not a big deal. The teams are in opposite divisions (thank God) and are both at the bottom of the standings. When this could get complicated is if one of these teams wants to trade with the other (or with one of the other's rivals). It will immediately look suspicious. And not only that, but what if Toronto wants to make a legit deal with BC that could get them into the playoffs, but then Braley nixes it just to make sure that it doesn't look bad?

Sure, we may trust Braley, but it is a far less than ideal situation. The sooner it can be rectified the better, and it should never happen again. I think that's what Braley wants. Not to sell one of his teams to the first maverick who comes along, but to someone stable so that he never has to own 2 teams again.

Good read prairiedog, I'm with you there. For people trying to find an excuse to put the CFL down they will use this and that's fine, these sorts generally won't support the league or teams regardless unless it was in the NFL. For us fans, yes, we are ok with it but do hope as you say all teams can have separate ownership, solid ownership, in the long run.

MLS and MLB have both had situations where teams have had the same owner. But i think it was a long itme ago in MLB.