It's that time again. Tiger-Cats gameday is here again. And so it is time to post the thread for posting about the game as it happens. If you want to post about the game as it's happening, this is the place to do so. You can think of this thread as being like a virtual living room where fans discuss the game with each other. You can think of it as being like a virtual broadcast booth where what happens in the game is mentioned and commented on while it's happening. You can also think of it as being like Twitter but without the character limit. There may be many posts here tonight, so those participating in this thread may need to do plenty of page refreshing. On a personal note, I am joining the 10,000 post club with this post, and you may find it appropriate that it's a game thread opening post. I did increase my post count quite a bit by posting to these game threads. Anyway, here we go.

Click here to view CFL.ca's live scoreboard for recent games. You can click the link to view this
game's scoreboard whenever it becomes available, which will likely be just after the opening kickoff.

Click here to view what Drew Edwards posts on Twitter. He'll almost certainly be tweeting useful information during the game.

The term "must-win" will often get used from here considering the situation that this team has found itself in. But this game may also be referred to as a "should-win" game. They are going up against the team that has the league's worst record, and that team they are taking on has been outscored 121-27 in the last three games. Yes, this Winnipeg team has its starting QB back. But if this Ticat team can be at least close to being as good as it was last week, they should get that much-needed win. And perhaps they just need to avoid mistakes, and avoid anything similar to what you see in the graphic below.

Thanks as always, BYF, for teeing this one up. And congratulations on your milestone post.

The weather for tonight's game could seriously impact our passing game, and the kicking game is going to be interesting to watch. Chilly, possibly wet and definitely windy. I'm thinking we'll be depending on Cobourne more than usual tonight. And Ozzie's advice for Congi.

Thanks as always, BYF, for teeing this one up. And congratulations on your milestone post.

The weather for tonight's game could seriously impact our passing game, and the kicking game is going to be interesting to watch. Chilly, possibly wet and definitely windy. I'm thinking we'll be depending on Cobourne more than usual tonight. And Ozzie's advice for Congi.

Its going to be Nipply! Last day of summer and its gonna feel like some fall footballs tonight! I wonder if we'll have our epic spells of fumblelitis again, like we usually do at Canad Inns stadium.......Tonights game will be close, not that Winnipeg will dominate us, but we'll probably fumble or intercept this one away and make a below average bummer team look great..... :roll:

Luckily for me, I get to go to the U of Regina @ U of Saskatchewan game tonight @ Griffith Stadium. It's the homecoming game for sask and there is NOTHING BETTER than watching Canadian football in live from September - November!!!!! #ROADTOTHEHARDYBOWL :rockin:

That weather forecast has improved somewhat. Here, as of mid-morning game day, is what's predicted for game time:

The temp. is predicted to hold steady throughout the game with the wind velocity decreasing to closer to 20 km/h for the 4th Qtr. Watching on TV, the wind will favour the team on the left.

The Cats have to hold on tight tonight. Last time in WPG, those 6 fumbles were really 6 good strips or punch outs by the BB's, who are very good at that and make the attempt on most tackles.

Although it's unlikely that, should these two teams end tied at season's end, that one of them would make the playoffs, it is still a possibility. Even more unlikely would be for that to happen after they play to a tie in their final meeting of the season. Still, winning this one by at least 8 gives HAM their best chance at winning the season series.

Thanks BYF as always -- look forward to seeing a whole lot of fans here!

More on Buck Pierce’s return to the world of Mosquito Excitement is at http://www.tsn.ca/cfl/story/?id=405766 .

Let's hope the "good" TiCats team show up today. Definitely a statement game to show where they're really at.

Let's hope the "good" TiCats team show up today. Definitely a statement game to show where they're really at.

A statement game, indeed'
Consider....If we win, the team is on a winning steak, a minor streak admittedly, but nevertheless on the right side of the ledger.

If we lose, the team has established itself as the eighth best team inb an eight team league.

Kopefully, the momentum from last week's win will carry on. Go, Cats! 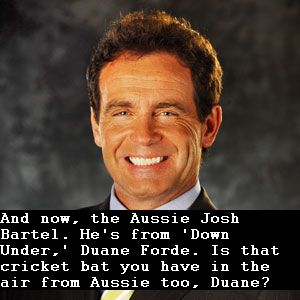 No surprises among the scratches -- Tisdale, Kelly, Hennessey and Fournier.

Thanks for the thread BYF, you've averaged 10 posts a game since 1950. 62 years of posting, that's quite an achievment.
If this team plans to make postive strides in the season they need to take that big step today kind of like how Uncle Pennybags has that big step in the advance to Go card in Monopoly.
Let's hope the Tiger Cats get to collect $200 and not have to go to jail.

I'm actually excited about this game. I think going to see the Cats last Saturday rejuvinated my interest in the team and league again....

With all these rules you would go through a two-four and a twenty-sixer before half-time, even a lush like myself wouldn't be able to keep up.

Thanks as usual BYF.. and Welcome to the 10K Club

Thanks as usual BYF.. and Welcome to the 10K Club 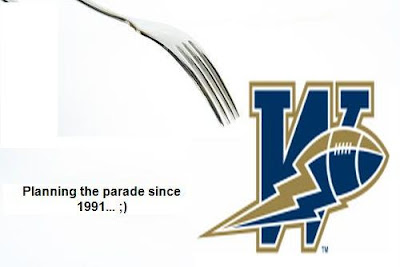