WHO - The Hamilton Tiger-Cats and the Montreal Alouettes

WHY – To see if the Ticats can move into a tie for first place in their division, and extend their win streak to five games.

Click here to view CFL.ca's live scoreboard for recent games. You can click the link to view this game's scoreboard whenever it becomes available, which will likely be just after the opening kickoff.

Click here to view the game preview on Ticats TV.

Click here for the Tiger-Cats depth chart. Adam Tafralis may be listed on it, but considering what happened, I think he could take the day off if he wants.

Click here for today's weather forecast. At the time I'm posting this, there is a 20% probability of precipitation and winds of 15 km/h are expected. And at time this was posted, it was expected that the temperature will be about 22 degrees Celsius.

Before the season started, it was believed that the Tiger-Cats were capable of being among the best teams in the league, and could challenge the Alouettes for first place in the division. And now is the time for this Ticat team to prove that it is that good. The Als may be missing their starting quarterback, but that can be considered another reason the Ticats must win. They must be able to beat Montreal to get to where they want to be. And so now I say...

Ticats are playing at home, and Montreal is without Calvillo.

Despite that, the Alouettes are still the class of the league. If the Cats are going to prove they belong in the top echelon of the league, this is the day they must do it. No excuses, just execution.

And I believe they can, and will, do it.

It would be nice to send a message and dominate Montreal in this game. A total domination would prove we can play with them with or without Calvillo. And I think we CAN get a convincing win here. Time will tell

There is something about fall football at IWS. Should be a good game, The boys will need to bring that same intensity today as LD. Montreal will be tough to beat. GO TABBIES!!

I'll be watching Jason Jimenez quite a bit today. I also want to see if the secondary can have a good game against a tough group of receivers.

Time to set a tone! 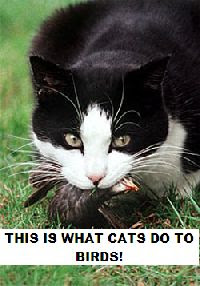 (hey, I ran into the "famous" Cats Claws face-painter, Pat Schlegal the other day down in the city and we had a nice chat. She was all decked out in her Ticats fan gear as usual)

Thankfully we have the Miller-Dunigan broadcast team calling the game!

Bellefeuille is challenging the spot.

God damn, we need to stop them.

I thought for sure he was short on that one. Good challenge. Bad ruling.

God damn, we need to stop them.

Ask, and ye shall receive.

Held them to a FG.

Duval is good with the FG.

Glenn with the armpunt -- not a good decision!

And yet again, we don't take the kickoff.

INT by the Als on the underthrow. Both penalties against us. D'oh!

What a terrible start. What are they trying to prove?