Tiger-Cats Fan from Louisiana Checking in

Hello up there! Just wanted to pop in and say hello to the Tiger-Cats faithful. Summer in Louisiana means CFL for me. Those who know me know I was a season ticket holder for the Shreveport Pirates during the league expansion experiment. Hamilton came to town and played the Pirates in a major down pour of rain. The game was postponed at halftime. When play resumed, I saw one of the best football games ever! The Pirates played well and made a great comeback that fell a bit short. I was so impressed with Hamilton and their fans (lots of times I sat with fans from Canada who came to the came, then went on down to New Orleans). That night, I said; "If we lose our team, I will be a Tiger-Cats fan. Have been ever since!

Obviously, disappointed in game 1, but am ready to put that one behind and move on. Nothing went right! Hope we got the bad game out of our system!

Hey, say hi to Bobby Jindal!! one of my favourite politicians. Maybe the next Prez?

slimjim....I'm a big fan of Bobby too! Had the pleasure of meeting him a time or two. It's been great to have him as a Governor in our State for two terms.

Hey LaChazz Happy July 4th Independence Day to you and all Tiger-Cat and CFL Fans south of the border, we have a few Louisiana players on the team in Cary Koch WR from Baton Rouge and Delvin Breaux DB and so on.

Put some Shrimp on the BBQ, Cajun Catfish, Gumbo and cold beer, Cheers!!!

A man after me own heart,a Cats fan as well as a Saints fan !!!!Same as me,Luv my Cats

:rockin: :rockin: I mean come on,no sense cheering for anyone else,when you cheer for the best right LaChazz :thup:
Listen,now that the season has officially started you better drop in more often,as they sat down south...Y'all come back now,ya hear !!!!! GO CATS GO !!!!!!! WHO DAT !!!!! :cowboy: 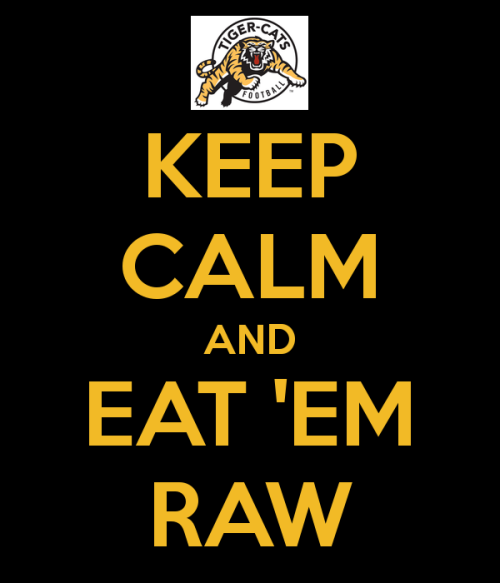