steve milton ?@miltonatthespec 2m
Laurent in helmet but not in team drills.

Any word on Dyakowski? I figured he should be healthy by now.

Austin says in his post practice scrum today that Madu is sore but will play at WPG. :thup:

Here is the video.(Check out the stubble!)

Austin says in his post practice scrum today that Madu is sore but will play at WPG. :thup:

Here is the video.(Check out the stubble!)

Day two of Ticats’ practice and here’s what’s happening:
• as I suggested might happen, the Ticats have dealt defensive end Brandon Boudreaux to the Saskatchewan Roughriders in exchange for a neg list player (no, I don’t know who it is yet) and a third-round selection in the 2016 CFL draft. The Riders also get a fourth-round draft picks in 2015 and 2016.
I’ll have more on this trade later but with the addition of Justin Hickman and the solid play of Eric Norwood and Sam Scott, Boudreaux wasn’t getting back into the line up anytime soon. He is set to be a free agent next season and this enables the Ticats to get something in exchange for a player who wasn’t in their current or future plans.
• on the injury front, running back Mossis Madu is practicing for the second straight day and looks set to start. Defensive tackle Ted Laurent is doing some work but it’s too early to say whether he’ll be ready for Saturday. Back up safety and special teamer Neil King looks close to returning. Offensive lineman Joel Figueroa looks fine.
• yes, I think Hickman plays in Winnipeg on Saturday. Keep the boats off the field.
• the field at Tim Hortons is missing the South goal posts and the end zone is roped off as the preparations for the Keith Urban concert have already begun.
• the Ticats are practicing with noise for the first time this season. And it’s loud.

Collaros on practicing at THF

[b] Collaros said that the average of 15 extra practice minutes the Cats have gained since getting into their new home has been very helpful to the offence.

"We’re not getting more reps, or plays, during those team periods but the extra walk-throughs help, " says Collaros, of the slow-motion re-creation of new plays that the Cats can now practice every day.

"Some guys just learn differently, some can look at the plays on a page and just go out there, but like everything, the more physical reps the better.

“It’s hammering home the finer details of the plays, spacing and timing. The extra 15 minutes does help. It will help even more when we’re fully in there, especially on off-days.”[/b]

Collaros said that the average of 15 extra practice minutes the Cats have gained since getting into their new home has been very helpful to the offence.

I always found it strange that contractual rules forced the team to include bus rides within its maximum allowable practice time. First of all, isn't that a little strange? And secondly, why couldn't they just ask the players to meet at Mac instead of downtown? Lots of parking, lots of HSR service.

what a flurry of activity.

Stage being set up for a concert in the endzone.
construction ongoing to complete the stadium
team practicing with noise pumping through the speakers

Is that a crane or is Keith Urban just happy to be here? 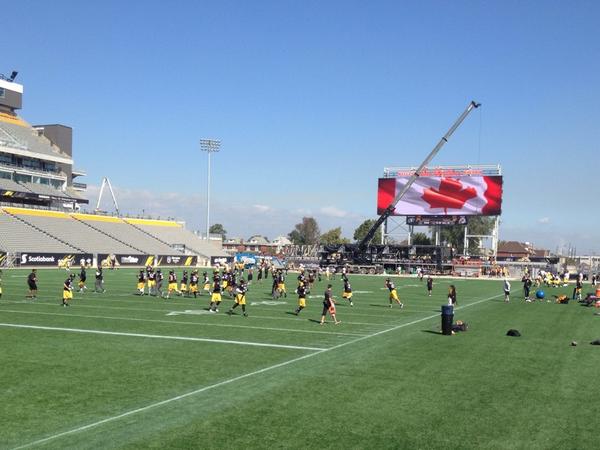 Great news!! Our D-line is really taken shape and way better than we've had in 10 or so years. :thup:

Great news!! Our D-line is really taken shape and way better than we've had in 10 or so years. :thup:

Drew Edwards ?@scratchingpost 27m
RT @PentonKirk: There’s no way Willy doesn’t start. If he doesn’t, then the #Bombers have erred by not giving Brohm enough reps.

There is a Cat fan at Bummers practice!!
Man that is a HUGE Stadium, ITS GONNA BE LOUD!!! 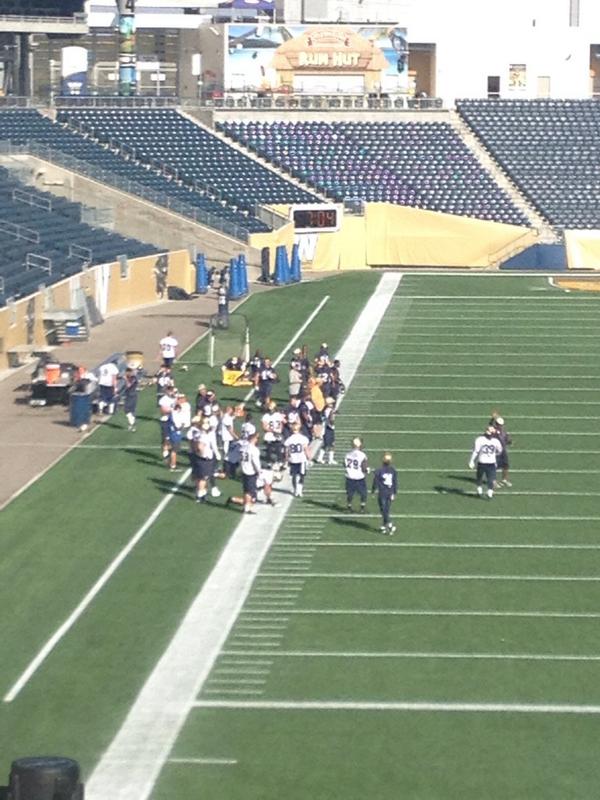 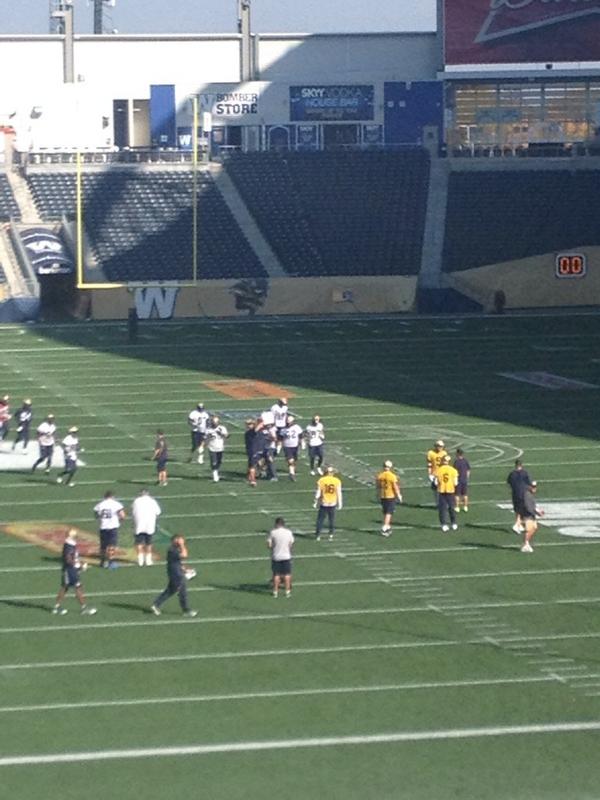