Huge game for us, as has been the case for every game since Labour Day!
Every game is like a playoff game now.
Last game was the best this team has played overall all season against a very formidable Defence on the road in WPG.
Our Offence and Defence were terrific, Hopefully we can carry this on for the rest of the season. 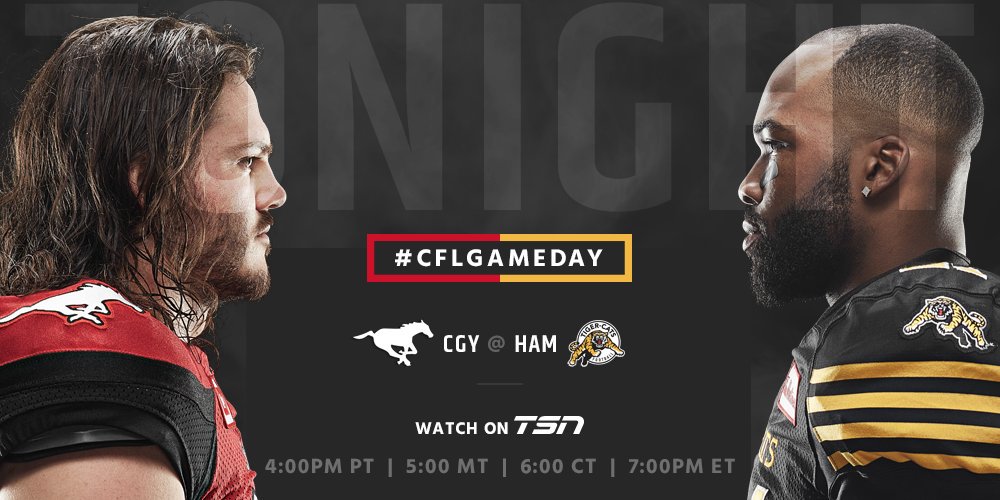 We are morphing into a run first team(unless it's 2nd and short :o)

Under the weather today sold my seasons , whiskey and honey to start!

My top seven questions for this game:

My top seven questions for this game:

I think all teams are asking that last question (except perhaps the Als - they already know the answer). But I think they keys to this game come down to #1 and #4, and perhaps #6.

We can do this.

OK Cats let's go get them and kick some butt

I was going to say time for a stop D but too late. D has a tall task. Surprisingly BO's been slinging it - no Messam yet. Has overthrown a couple so there must be some pressure on him. Held them to a FG and Paredes misses!

Not sure I've ever seen a field goal attempt hit and stick, especially one that short. Bizarre.

OK, who was the turnstile on that play? Right up the middle. WTF?

Thought that Speedy had that catch just inbounds. Not a good toss on 2nd and it's 2 and out.

Lucky all the way around to only give up 1 on that drive. Oops spoke to soon

Welcome to the CFL, Mr Allen.

Ticats need to bounce back NOW. Can't afford another 2 and out! GO GET 'EM GUYS.

OK, who was the turnstile on that play? Right up the middle. WTF?

#33 - Terrell Davis. Lined up in the middle, would have been able to make the block, but took exit, stage left. No idea where he was going, or what he thought he saw.

The guy who blocked wasnt even touched

The decision to promote Reinebold continues to look worse all the time.

Welcome to the CFL, Mr Allen.

He sure didn't waste any time going after the ball but Williams is pretty fast.

They definitely need to get a FD and a drive going here.

Such a bad call

Have to wonder why they're going for such short throws and gains - have to get 6 here -- YEAH Saunders and he caught it in bounds or did he? I thought he was out and Dickenson is challenging. Bad call by the ref - can't argue that - unfortunately!

Such a bad call

Yeah, not sure how the official missed that one. Must have thought he had dragged his back foot.