[b]Justin Medlock isn’t worried about what the CFL’s new kicking and punting rules will mean for his game.

“Obviously it’s a little more challenging,? says Medlock, “but I’m up for it.?

Starting this season, the kicks for points after touchdowns (PATs) will be attempted from the 32-yard line, moving well back from the 12-yard line mark of the past.

In a league-wide attempt to make things more interesting post-touchdown, the scoring team will no longer be granted a nearly-guaranteed seventh point – 99.4% of 12-yard PATs were successful in 2014 – instead, they’ll have to make a tougher decision.

Coaches will now face the choice between trotting their kickers out for a 32-yard place kick (81.4% success rate) or taking their shot at a two-point play from the three-yard line.

Medlock was perfect from the 30 to 33-yard range last season, hitting all six field goals from that distance, and he missed just two kicks in 41 attempts from 40 yards or less. He acknowledged that the distance will make the extra point a little more challenging, but that it wouldn’t be hard to adjust to from a physical standpoint, except for in rare situations.

“I think the only thing that will be different is on a quick turnover,? said Medlock, “you’re sitting on the sideline and you’re cold and you haven’t kicked a ball, then you’ve got to go and kick one against the wind. That one’s tougher.? 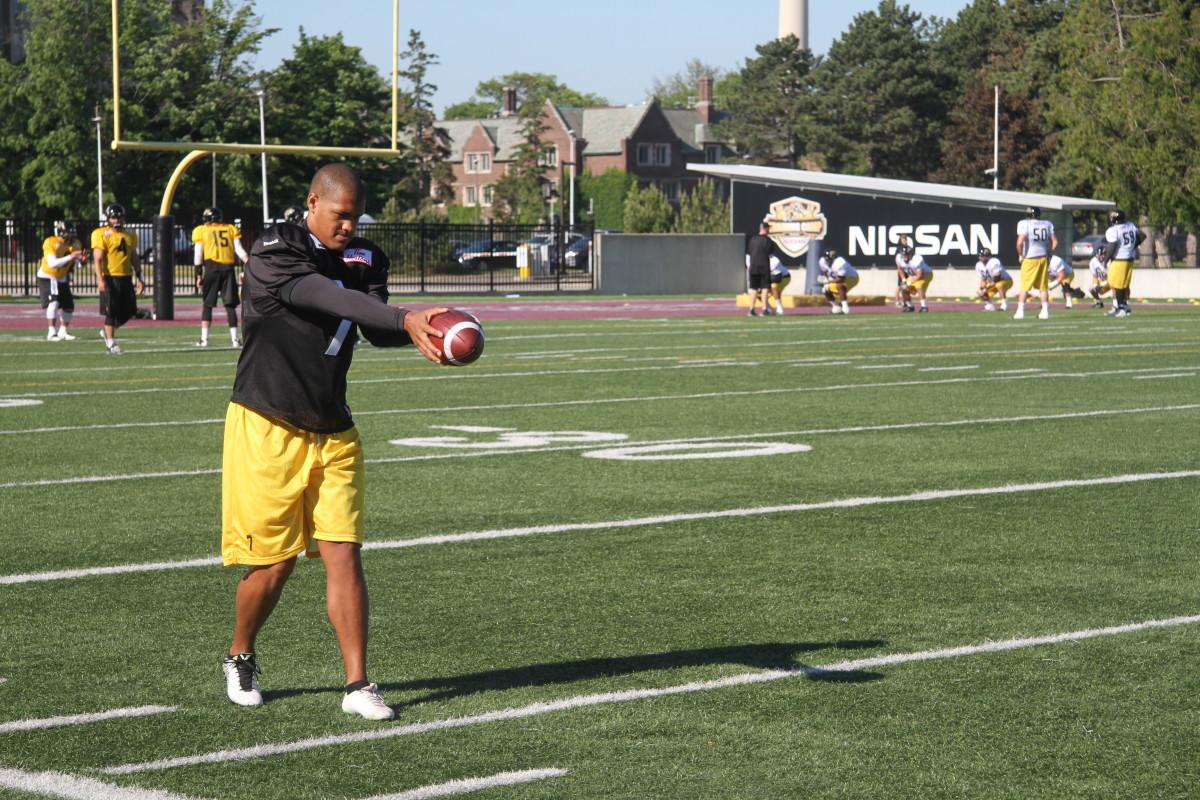 Punting is undergoing its own rule change. The league hopes that this alteration opens up the field on punt returns, creating more exciting plays and fewer no-yards penalties.

In the past, all defenders on the punt team were allowed to pursue the punt returner as soon as the ball was snapped. The new rule states that the five interior linemen may not chase the ball downfield until it is punted.

According to Tiger Cats special teams coach Jeff Reinebold, this change means that the gunners— the outside defenders on punt plays—will have a much harder job in 2015.

“Now that the interior guys can’t leave, the gunners are going to have to do a great job,? explains Reinebold, “because there’s going to be some separation between the second level and the first level of your coverage.?

In addition to more pressure on the gunners, Reinebold acknowledges the fact that hang time— the amount of time a punted ball remains in the air—becomes a bigger factor.

He says that in the past, punters were able to ‘just whack the ball’ downfield, but the new rules will force a more dedicated approach to getting the ball higher, buying time for more defenders to get to the punt returner and cover the kick.

Medlock, who handles punting in addition to his place-kicking duties for the Ticats, is aware of the need for increased hang time, but says that Canadian winds complicate matters.

He says that his main focus in the off-season has been on controlling his directional punting, while still maintaining distance.

On the other side of the ball, the rule change should give the punt returner more space to operate once he catches the ball, and Ticats returner Brandon Banks is well aware what that means for him.

In 2014, Banks returned 60 punts for 618 total yards, averaging 10.3 yards per return, but he hopes that the additional space will increase those numbers.

“I’m a space type of returner,? says Banks, “I’m going to use the space to my advantage and hopefully make guys miss and put my team in better field position.?

The key words at the end of that quote? “If I don’t score a touchdown.? Banks returned one punt for a score in 2014, but the new rules have him thinking optimistically.[/b]