Drew Edwards ?@scratchingpost 5m5 minutes ago
#Ticats have signed all six of their 2015 #CFL draft picks as well as 2014 first rounder DT @evangill5.

[b]Evan Gill, a 6-3, 280-pound, native of Winnipeg, Manitoba signs with the Tiger-Cats after being drafted by the club in the 1st round, 9th overall in the 2014 CFL Draft. Gill played three seasons at the University of Manitoba, recording 85 tackles and 7.5 sacks. The Bisons alumni was selected to play in the East-West Shrine game in 2014.

Byron Archambault, a 6-0, 245-pound, native of Montreal, Quebec was selected in the 2nd round, 17th overall in May’s draft. Archambault topped the CFL Combine leader board with an impressive 41 bench press reps, posting the second-highest total in combine history. The Montreal Carabins product and was named to the RSEQ all-star team two years in a row, was named the 2014 defensive player of the year in the RSEQ, and received 1st team all-Canadian honours in 2014.

Ron Omara, a 6-2, 240-pound, native of Aylmer, Quebec was selected in the 4th round, 29th overall by the Ticats. He played four seasons with St. Francis Xavier, recording 158 total tackles, five forced fumbles, and four interceptions. In 2013, the X-Men product was named the AUS defensive player of the year, received AUS all-star honours and was named the team’s most valuable player.

Everett Ellefsen, a 6-3, 233-pound, native of Madisonville, Louisiana was drafted in the 6th round, 51st overall in this year’s draft. Before joining the Tiger-Cats, Ellefsen appeared in 34 games at McNeese State, recording 44 tackles, five sacks, and seven tackles for loss in the 2013 season.

Daniel English, a 6-3, 210-pound, native of Mississauga, Ontario was drafted in the 6th round, 52nd overall by the Ticats. In 2012, he recorded 17 receptions for 342 yards and two touchdowns (one receiving, one rushing) for the UBC Thunderbirds.

Preston Huggins, a 5-11, 205-pound, native of London, Ontario was drafted in the 7th round, 61st overall. A product of Western University, Huggins recorded 42 tackles, two sacks and two interceptions, one of which was returned for a touchdown.[/b] 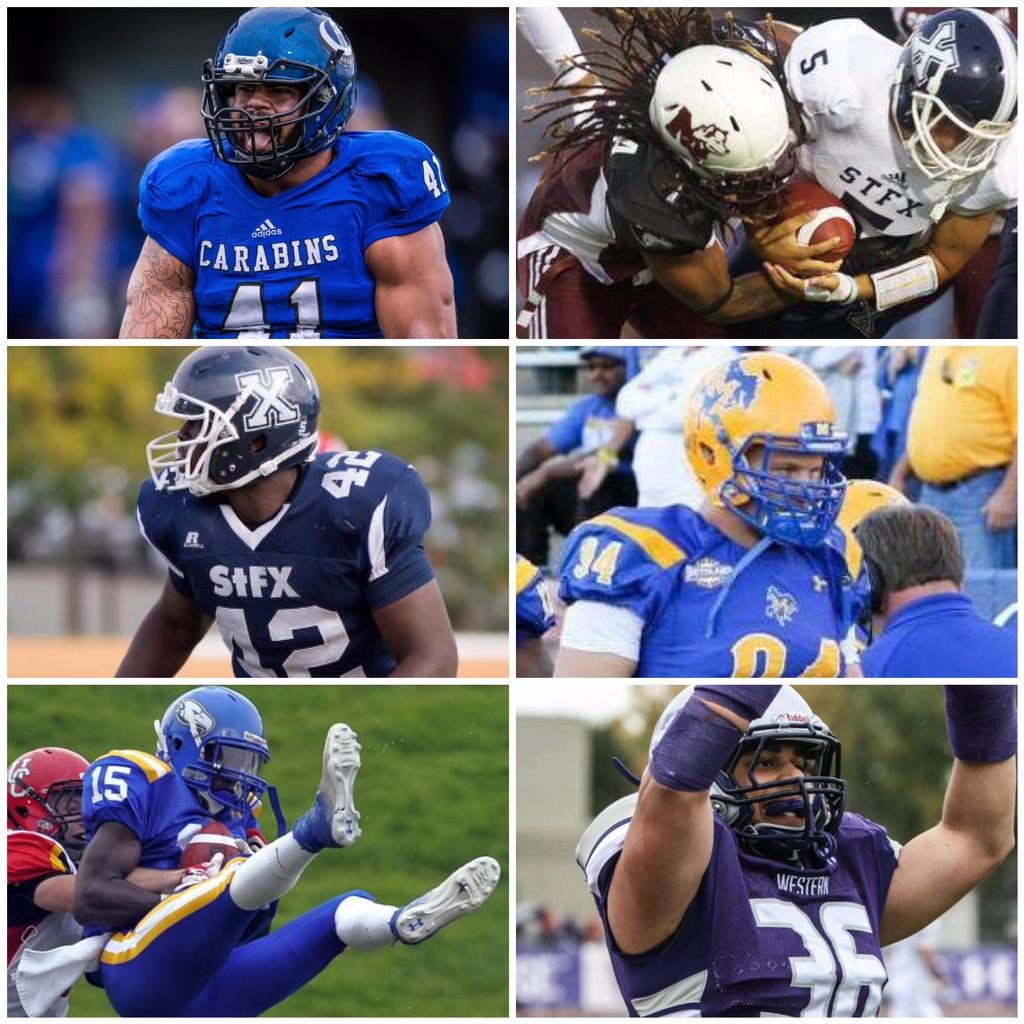 I guess because of the steroids they have taken way Langa's President's Trophy for CIS Defensive Player of the year and taken away a few years' of tackles from the stats as well. In this announcement of the trophy it says he had over 150.

Not saying that it is wrong of the CIS to do this.