[b][i]The Hamilton Tiger-Cats announced Tuesday that the football club has re-signed national defensive back Mike Daly to a two-year contract.

Daly, 26, played in all 18 regular season games and made three starts at safety for the Tiger-Cats in 2016. He recorded nine defensive tackles, 13 special teams tackles, one interception, one fumble recovery and three pass knock downs. The 6-1, 189-pount native of Kitchener, Ontario, also suited up for Hamilton in the Eastern Semi-Final on November 13 vs. Edmonton.

In 49 career CFL games in three seasons with the Tiger-Cats (2014-16), Daly has registered 24 defensive tackles, 29 special teams tackles, four interceptions, one quarterback sack, one forced fumble and one fumble recovery. The McMaster University product was selected by Hamilton in the sixth round, 45th overall, in the 2013 CFL Draft.[/i][/b]

Mike Daly ?@DalyNews8 40m40 minutes ago
Just wanted to say thank you to @Ticats and Tigertown. The fans made it impossible to leave Hamilton in this process. Couldn’t be happier. 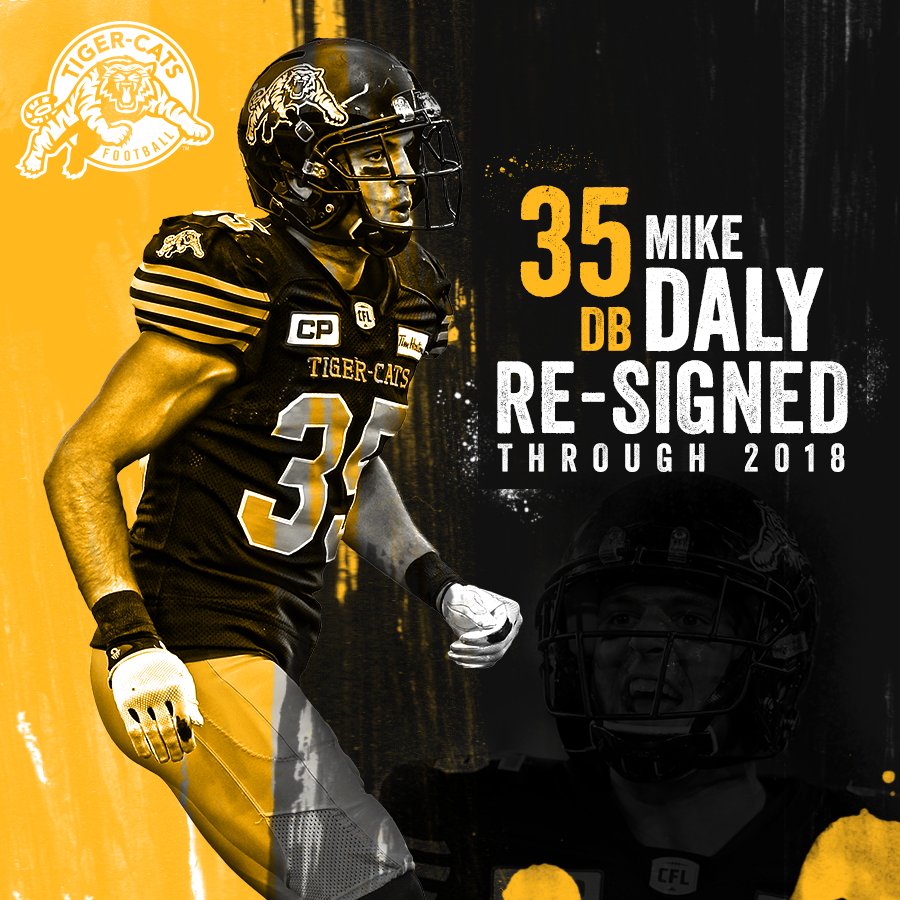 DALY has re-signed.... not resigned.

The grammar security guard (not good enough to be a cop) in me is happy.

This is good news. It’ll be good to have him back. And now I suppose it’s more likely that we can go back to having two National starters in the secondary. We can have Butler and Stephen starting there with Daly as a backup. (We sure did miss Butler in 2016, didn’t we?) And I was thinking that Daly might have been good enough to be a starter on another team. Having him here gives us good National depth.

Glad they were able to keep him