Hamilton Tiger-Cats legend and football pioneer Bernie Custis has passed away. He was 88.

Bernie Custis became the first African-American quarterback to earn the job of regular starter for a professional football team – not just in Canada, but anywhere in North America – when he took over command of the Ticats on Aug. 29, 1951. 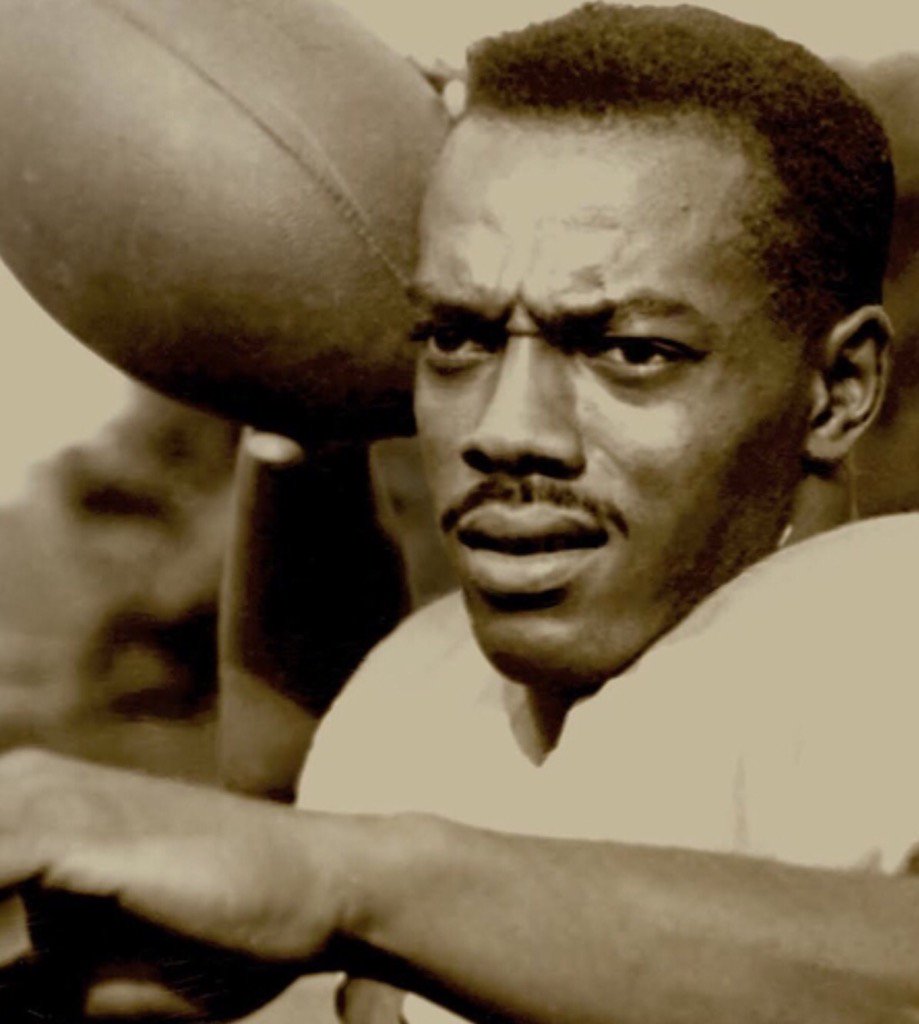 Agree Tipper, The Loss of another Legend of Football and Tiger-Cat Great!!

Sincere Condolences to the Custis Family and may Bernie R.I.P.

I am saddened by the passing of your great legend Bernie Custis.

Although I've never met Mr. Custis - and was a bit too young to see him play I feel a kindred connection.

When John Danakas was researching his book on black Canadian quarterbacks - he visited a shop I used to own in Winnipeg. He asked if I had any old programs or football memorabilia from the late 1940s to 1960s. I asked him what his interest was and he told me he was penning a book about the black quarterbacks in the CFL.

I managed to produce a few programs, a couple of ticat programs from the early 1950s that featured articles on Bernie. John bought these and left the store.

Approx. a year or so later (maybe more) I was invited to the actual book release event at McNally Robertson books in Winnipeg. Danakas, the author was obviously there - and the publisher also managed to bring in Chuck Ealey - who played in both Hamilton (rookie of the year, 1972) and Winnipeg.

Only about 40 individuals managed to attend the event. 95% of the audience was composed of Danakas' family and friends, a local talk-show host named Marty Gold and yours truly. I proudly remember there WERE NO OTHER FOOTBALL FANS FROM WINNIPEG IN ATTENDNCE. Yours truly was the only one who found the event note-worth enough to attend. Even the big-wig bomber psychopaths like Lyle Bauer & Mr. Roly-Poly Wad Miller did not attend. What a nite - while most of the author's greek family and relatives were discussing how much money they make manning their various greek burger joints, I spent a good hour going over Mr. Ealey's history in the CFL, his great back-story of being an undefeated NCAA college QB (Toledo) and a movement afoot to get Chuck Ealey into the NCAA Hall of Fame.

The book is called CHOICE OF COLORS: The History of the Black QB in the CFL (or close) and I got my copy autographed by Ealey and the author, John Danakas. Its a small book and not particularly well-written. Danakas is a literary lightweight who holds a position at the University of Manitoba - but the content is superb. And I was glad to contribute much of it.

For those who continually criticize me for no longer attending bomber games in person I am proud to say that Mr. Non-attendance was the last bomber fan standing when a great legend attended an event celebrating a breakthrough in both sports and race relations. Of course, I now realize the feeble-minded peeps who criticized me for not attending games since the early 1990s were just sick psychopaths and human vermin, unfit to be parents, sons, uncles or brothers. Just sad pieces of coal.

Tony Gabriel?@tony77gabriel 7h7 hours ago
RIP Bernie Custis, my Burlington Braves coach & the one responsible for my getting a scholarship at Syracuse. A great friend and a mentor.

Bernie Custis may have played before my time, but this is sad news. My condolences go out to his family and friends.

Bernie was not only a great TiCat but he coached at McMaster, as well as the Burlinton Braves and Sheridan College. He was a teacher and elementary school principal in Burlington.

Bernie Custis gave a lot back to his community and for that, we should all be thankful. Rest in peace Bernie Custis. My thoughts and prayers are with his family and many, many friends.

The loss of a true pioneer.

This is well worth reading!

Bernie was truly a great man. I would occasionally see him in Burlington. He played briefly with my father and always had time to spin a tale, with an infections smile and sense of humour.

Not enough good can be said about Bernie, godspeed!!