[i]The Hamilton Tiger-Cats were without three key contributors as practice got underway on Tuesday.

All-star linebacker Simoni Lawrence and centre Mike Filer, both of whom were injured in the first half of last Saturday’s loss to the Saskatchewan Roughriders, were absent as the team took to the field for the their first on-field session of the week.

Linebacker Will Hill, who has been suspended one game by the CFL for making contact with an official, was also absent as things got underway at Tim Hortons Field. Hill has the option of appealing the league’s ruling, which would likely allow him to play in Saturday’s home opener against the B.C. Lions.

Defensive back Abdul Kanneh, a key free agent acquisition who has missed the first two games of the season due to injury, practiced on Tuesday.

The Ticats also made a couple of roster moves on Tuesday, signing national defensive back Tristan Doughlin to the practice roster and releasing American DB Chris Davis.[/i]

Day 2:
Another day. Another DB in camp.

The Ticats are going to get whipped by BC regardless, so the smart move would be to serve out the suspension this week, get it over with, and let the team move forward.

Drew Edwards?Verified account @scratchingpost 1m1 minute ago
#Ticats are practicing outside today, despite the rain. Hopefully the lightning holds off. #CFL 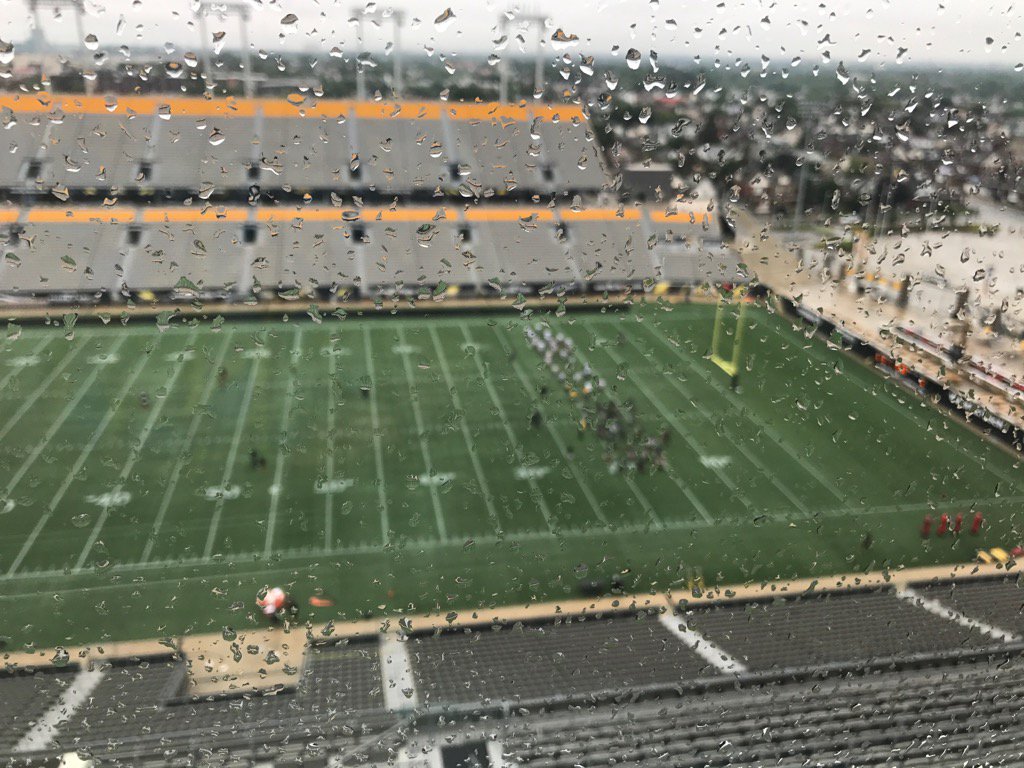 Looking at the roster here on ticats.ca, I see Swindle is on the 6-Game Injured List and Lamar Holmes has moved to the Active Roster from the PR. Another newcomer to the PR today -- INT OL Quinterrius Eatmon, who played both G and T at U.of S. Florida and over the past 3 years since has been looked at by the NFL Raiders, SSK, OTT and MTL.

Looking at the roster here on ticats.ca, I see Swindle is on the 6-Game Injured List and Lamar Holmes has moved to the Active Roster from the PR. Another newcomer to the PR today -- INT OL Quinterrius Eatmon, who played both G and T at U.of S. Florida and over the past 3 years since has been looked at by the NFL Raiders, SSK, OTT and MTL.

Yup , it would appear that Swindle got a severe case of Whiplash as well as a bad case of Pylon-itis

Here's the latest from Drew E. after Thursdays practice :

It would appear that Keon Lyn will make his debut for the team filling in for the suspended Will Hill at Sam .

Abdul Kanneh is still apparently not ready yet and thus will miss the home opener after failing to suit up for either game #1 or game #2 so far this season .

As previously mentioned LaMar Holmes makes his debut on the O-Line at RT replacing Swindle who is now on the 6 gm .

Terell Davis comes off the 1 gm to replace Mike Daly on the roster . Reports are that Daly could be out for some time with an apparent shoulder injury , probably 6 gamed would be my guess .

No changes reported in the receiving department and it looks like Scheuerman gets a second consecutive start at RB over CJ Gable .

Both Mike Filer and Simoni Lawrence have been cleared to play and will dress and start after them both being injured in the game in Saskatchewan .

What do you folks think of a radical mix-up, like putting Scheuerman in as a SB, maybe in place of Collins or Saunders, along with CJ at RB? Apparently he has good hands, good speed and has some height and weight. Could be like a Nick Lewis for short down receptions, or a Craig Ellingson for longer routes, and still be available along with CJ to run the ball or for blitz or pass rush blocking? Maybe not every down or every series, but it sure would be a different look for the defence to cover?