Well it’s the “big” rematch! Johnny doesn’t expect the result to be much different than last week. This game will most likely be remembered as LBJ’s last.

Didier tweeted that DeVier Posey might miss the game. 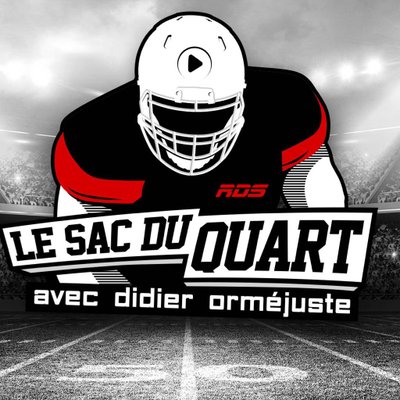 Well it’s the “big” rematch! Johnny doesn’t expect the result to be much different than last week. This game will most likely be remembered as LBJ’s last.

The question now becomes who wins a game first - the Als or Argos. Their game in Moncton should be called the “Who Sucks the Least Bowl”.

So, my sons friend comes over with 4 tickets he got from camp and asked if i wanna go with him my son and the boys. I said ah sure why not, get a decent bite to eat and hit the stadium. Not only that, my new Gigs cycle starts on my phone tomorrow booya! Candy crush and poker all game on my phone!!! Not only that, i moved to Laval this week. So i gotta drag my ass across the city to watch this disaster. What i wouldn’t do for my kids eh…

• His team isn’t great, but look at the film. B.J. Cunningham is one of the most underrated players in our league.

• Montreal is a tough go. They are so dysfunctional it will be hard for them to have success. As soon as I saw Kavis (Reed) on the sideline I knew they were doomed. He needs to try and let Khari (Jones) solve the football team and stay away from the players. He’s a tie to their lack of recent success. He needs to let Khari be the person they can believe in. The more Kavis is around, especially game day, works against any positivity. That and a lack of a proven QB cripples them.

• (DeVone) Claybrooks dresses like a tee-ball coach. Him and (Mike) O’Shea. It’s embarrassing. The commissioner needs to do some kind of dress code thing.

• On that panel deal (Henry) Burris told Milt (Stegall) smart minds work alike. To me, that’s really funny since they both say Orlando (Steinauer) with an A instead of Orlondo with three Os. I learned how to pronounce it the first day we coached him. Milt called Wally Buono ‘Bono’ when he was coaching. With the practice roster, we have to learn over 50 players’ names. There’s only nine head coaches in our league. If they’re going to pay you to talk on TV, learn how to pronounce their fucking names right.

• After that last fumble, Mike Reilly came off the field and was bitching at (offensive line coach) Bryan Chiu. Being competitive is good. As a coach I love it. But players pointing fingers isn’t. Does (Reilly) want Bryan jumping his ass if he throws an interception in the fourth quarter this week?

• Does (Jeremiah) Masoli get fined for leading with his helmet? Or does our league just fine defensive players for initiating head-to-head contact?

• Why is TSN interviewing the halftime band and missing two or three big plays? We aren’t the only ones it pisses off. They can do whatever they want at halftime. Anything’s better than listening to the panel guys tell us how much smarter they are than us. So have this music deal—rock, rap, crap, country or whatever—but when the game starts back, stick to football. 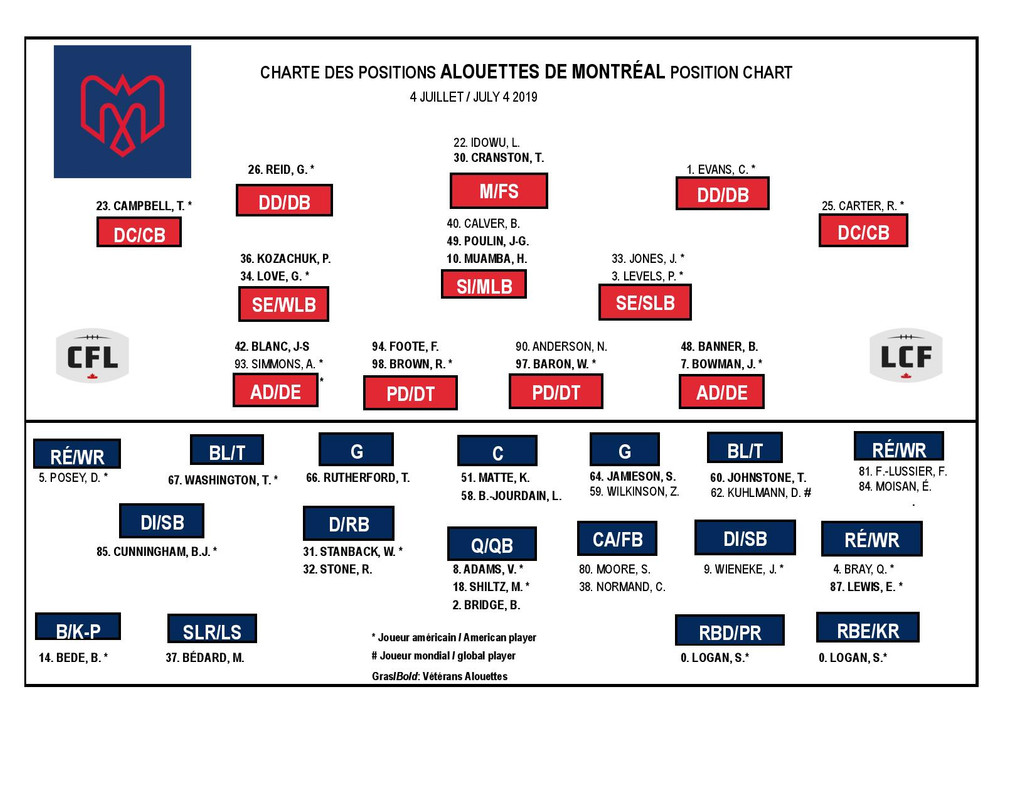 Maybe they'll double the fun and announce Logan is retiring after Thursday's game ...

I didn`t bother posting the link because of the paywall.

I subscribe, but is it worth it? Certainly not for CFL news, as there is only Penton once a week.

There is excellent deep Canadiens and Maple Leaf coverage if that`s your thing, and pretty decent individual team NFL coverage.

Logan already said this is his last season. Besides, the Als are playing him. If the team was using LBJ, he would not be retiring on Thursday. LBJ is stepping away because he feels like he is not helping the team and is just dead weight. Personally, I thought his role was as an entry-level coach with the Als using his player’s salary as a way around the coaching cap.

With Spencer Wilson not dressing, the Als will have no other serviceable backups on the OL.

Unlike last week, this week’s depth chart is not an attempt to fool the Ti-Cats into believing Jean-Samuel Blanc is starting at DE. I do not even recall Blanc taking a single snap at DE in Hamilton.

Didier Orméjuste posted that DeVier Posey could be a late scratch if he is not healthy.

Unless a Canadian receiver stands out among the group, I suspect the Als will just rotate among them every week with the one(s) sitting going onto the 1-game Injured List.

-Failing to register a QB sack on Thursday would mean the Als are the only CFL team ever to have none after the first 3 games.

-Als are at the top of the league in turnover ratio (+4).

In the Stats Department:

-In the category of offensive yards per game, the Als are ahead of BC and TOR.

-In the category of yards allowed per game, the Als are last at 566.5.

-Opponents have a 78.1 completion percentage against the defense.

-Opponents 2nd down conversion rate is 69.6.

-Average starting position is the worst at 27.

LBJ will get some playing time. Also, Jones says Adams needs to get rid of the ball faster. No argument there… 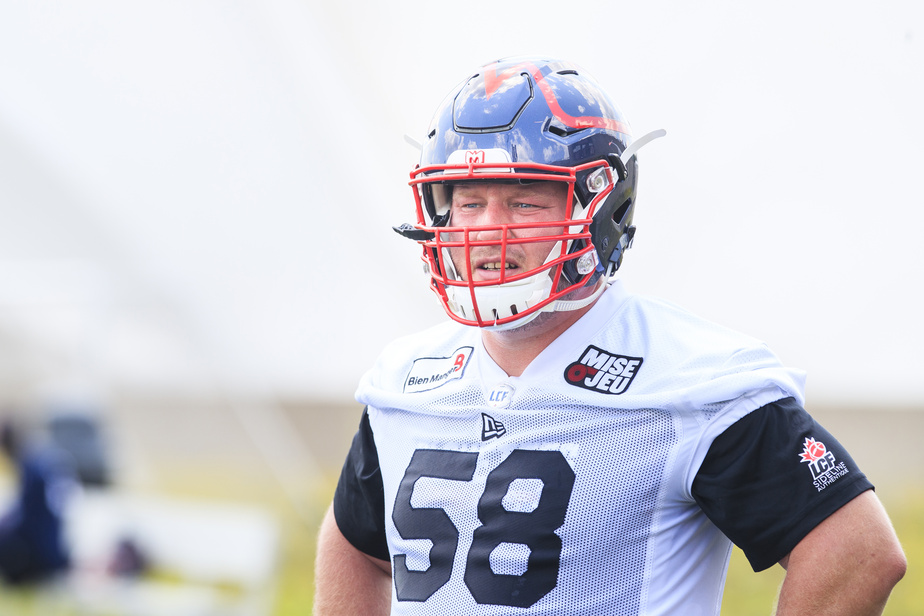 Tasker is back, Hopefully, they don’t lose by more than 30 points at home.

Tasker is back, Hopefully, they don’t lose by more than 30 points at home.

Tasker is back, and DeVier Posey might be out. Yikes! Let’s hope it’s at least a reasonably close game…

Would like for the team to escape without more injuries.

Would like to see the defense get one sack.

Would like to see the offense put together one good drive that results in a touchdown.

Would like not to lose by 30 or more points. 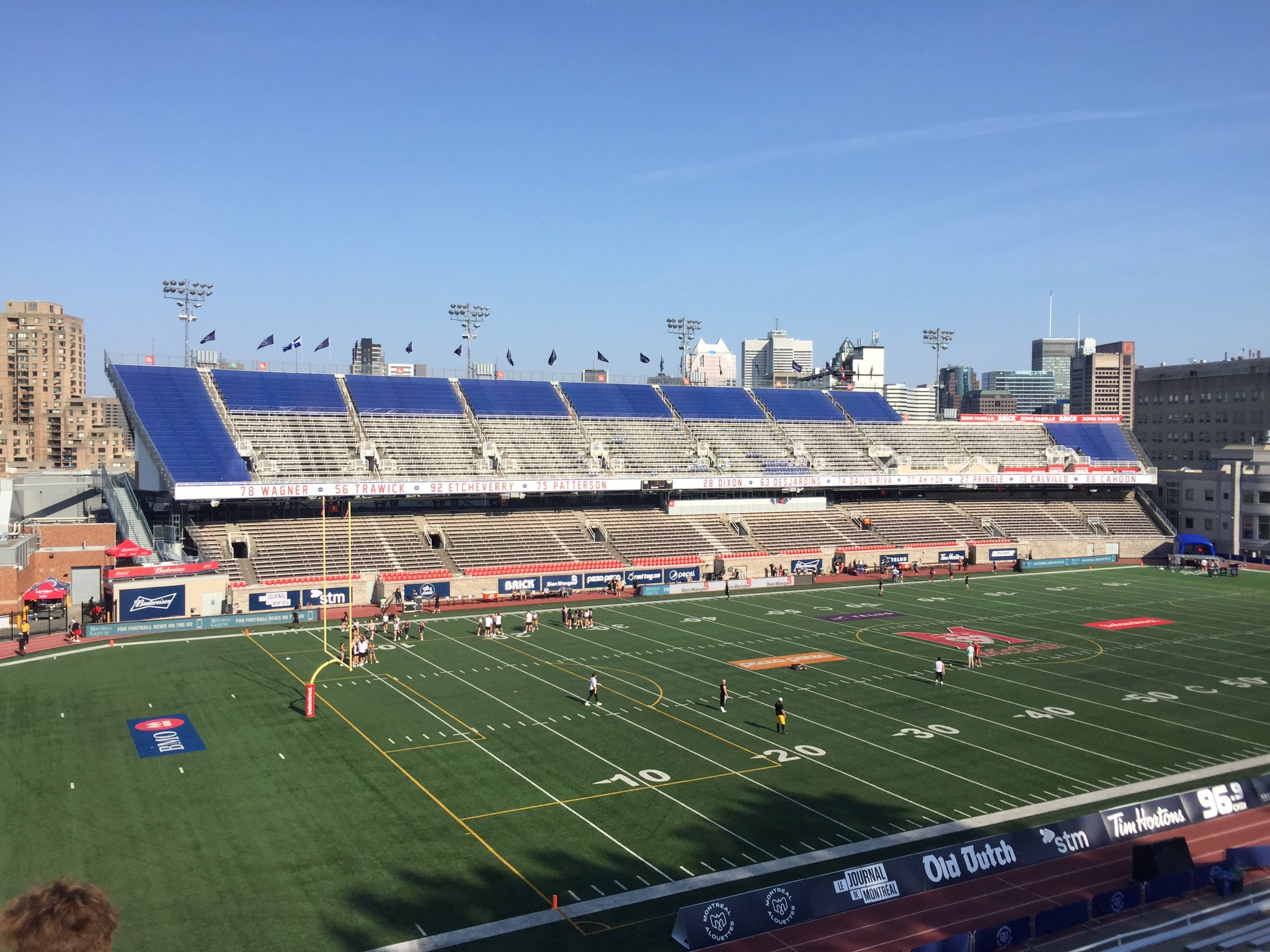 As expected #MontrAls have closed off some sections of the stadium this season. I was told the seat covers would have advertisements on them. But they’re just blue #CFL
okie July 4, 2019, 10:02pm #19