Ti-Cats lose their fantastic CB Delvin Breaux to the Saints

Delvin Breaux is going home to Louisiana and has been released by the Cats and he has signed by the New Orleans Saints.

He'll be missed. He was a fantastic CB for the Cats. Good luck to him!

Delvin Breaux, a standout cornerback in the CFL who worked out for 13 NFL teams, has reached an agreement with his hometown New Orleans Saints, a league source told ESPN's Adam Schefter.

Breaux, 25, was highly recruited out of New Orleans' McDonogh 35 Senior High School but suffered three broken vertebrae in his back and a partially blocked artery while covering a kick in high school in 2006. Breaux has said in the past that a doctor who treated him told him he should have died on the field.

Breaux lost his opportunity to play in college, but he was discovered by the CFL after a long recovery while playing arena football for the New Orleans Voodoo of the Arena Football League.

At 6-foot-1 and 196 pounds, Breaux is known for his physicality and cover skills. Breaux finished with 33 tackles, five pass breakups, and three forced fumbles for the Hamilton Tiger-Cats last season. He also notched his first career interception, which he returned 27 yards for a score. He reportedly runs the 40-yard dash in 4.38 seconds.

Breaux worked out for the Saints on Friday, and the Tiger-Cats agreed to let him out of his contract so he didn't have to wait until Feb. 10 to sign with a NFL team.

The Saints have shown a willingness to take a chance on CFL prospects in the past. Marcus Ball made the roster last year as a part-time safety and special teamer. And defensive tackle Tom Johnson was a heavy part of New Orleans' defensive rotation for three years before joining the Minnesota Vikings last season.

It's probably a long shot to expect Breaux to step in right away and compete for a starting job. But the Saints' cornerback position is a bit of a free-for-all right now behind No. 1 corner Keenan Lewis.

The Saints went through three different No. 2 cornerbacks last year (Patrick Robinson, Corey White and Terrence Frederick) while struggling mightily in the secondary throughout the season. Second-round draft pick Stanley Jean-Baptiste barely saw the field, but coaches described him as more of a long-term developmental project and still hope for better things to come.

As much as I'm saddened to see the Breaux Show leave the Cats, I couldn't be happier that he is joining my fav NFL team in the Saints

and besides he doesn't even have to change colours as he will still be wearing the Black "n" Gold. :rockin: Good Luck as a Saint Delvin, Lord knows the Saints can use you. 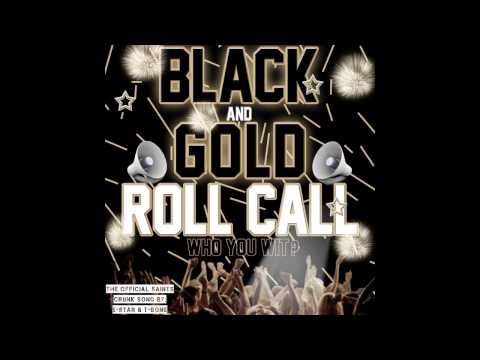 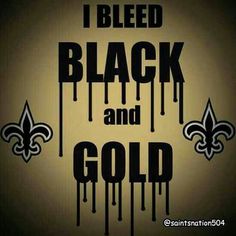 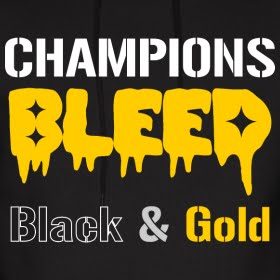 I wasn’t aware of his background. Good for him, man. :thup:

Marcello Simmons had some interesting comments in excerpts from the Times/Picayune article below:

Marcello Simmons, a defensive and special teams assistant for the Tiger-Cats, told NOLA.com | The Times-Picayune that he wasn't surprised that more than a dozen NFL teams invited Breaux for workouts.

"What I know in my year of coaching Delvin is that if you put his film on, it speaks for itself in regards to his talent level and his skills," Simmons said. "I would put his speed up against any other receiver and any other defensive back in the league -- and I don't mean the CFL, I mean CFL and NFL.

"His film is really his resume. That's why he's getting a lot of attention. That's why people are flying him across the country, because he's shown something on film that has piqued the interest of so many scouting departments."

Marcello, who spoke just before Breaux's signing was reported, said that Breaux's only hurdle in reaching the NFL would be convincing the medical staff that his old injury was no longer an impediment.

"But if you take him just based on skill, I wouldn't be surprised if his name starts to get mentioned with some of the elite if he gets a legitimate opportunity," Simmons said.

Simmons said Breaux was integral part of the Tiger-Cats, who lost the Grey Cup -- the CFL's Super Bowl -- in November.

If he wasn't the best cornerback in the CFL, he was at least in the top three, Simmons said.

"Other offenses have had to game-plan for Delvin Breaux," he said.

Simmons said the Saints wouldn't have to fear any character issues.

"I think he's a great guy, I really do," he said. "I think that he's an easy-going guy. He understands when the lights come on, or when the game starts, he can definitely switch into football mode."

"I think he does have what it takes to play in the NFL," Simmons said. "I think him playing in this league to start out will be a huge service to him."

Glad for him personally, but a big loss for the Ticats and the league

This fantastic video report from a New Orleans TV station on Delvin Breaux is worth the watch. Great story and props to Delvin for proudly wearing his Ti-Cats stuff during the interview. Good luck to him!

With all of the negative headlines in sports, what he has gone through and to get where he is would be a refreshing top story.
No coincidence that he signed with the Saints.
From and played HS football in there.
Was headed to LSU until a thought to be career ending injury ended that.
His comeback started with a Alphabet Arena league team in the state in 2012.
Got back on the football map with the Arena Football League New Orleans team in 2013.
In May 2013 got the call to TC with the Cats mid AFL season. ( Also likely no coincidence as Austin was OC with Ole Miss around the time Breaux was in HS)
2014 engraved starting field side lockdown CB in the CFL.
2015 back home in New Orleans and a shot with the NFL Saints.

With Breaux now with the Saints where does this leave the Hamilton D-Backfield.
Rico Murray played out his 3 years or so of NFL options and hit the CFL with a bang. Has started and played great at every DB position. Already playing his NFL years 1st he is here to stay. Could be moved to the CB spot full time. He is an All Star waiting to happen.
Erik Harris moved to starting SAMLB. Opposite most players at that position now being better at run support than coverage. Austin ahead of the curve with this move with more teams using TE sets and multiple RB attacks.
National Courtney Stephan made the seamless move to wide side CB.
FA acqusition Brandon Stewart fit nicely in the starting DBackfield.
Emanuel Davis is also back for a 3rd season with plenty of starting experience for Hamilton. With 2 seasons under his belt likely can play HB and CB now.
National Butler is home and happy as starting S.
Thats a pretty good base that any team would love to have.
Even if Breuax does stick in the NFL after two seasons and a record number of players moving through the Hamilton roster and IR list. The defense has its base of players secured and there is plenty of talent out there