Is this where the future of football is headed due to avid concerns of brain damage and declining enrolment at the grass roots level?

TORONTO — The Canadian Football League (CFL) and National Football League (NFL) launched a flag football program that will engage hundreds of kids across the country on Friday. The program for Canadian youth will culminate in a national flag football tournament during the week of the 105thGrey Cup presented by Shaw in Ottawa, with the winner travelling to Pro Bowl week in Orlando, FL to participate in the NFL FLAG Championships.
“This flag football tournament series is an exciting example of our continued commitment to grow the game,? said Glen Johnson, CFL Senior Vice President of Football. “Developing programming for youth football with our partners at the NFL promotes a healthy lifestyle and the continued success of our sport in a fun and safe way.?

We are excited to partner with the CFL on youth initiatives in Canada,? added David Thomson, Managing Director, NFL Canada. “Both leagues share the goal of strengthening the interest, awareness and participation in football among Canadians. This is a great opportunity to showcase the talent, dedication and achievements of local flag leagues during the CFL’s Grey Cup week in Ottawa and the NFL’s Pro Bowl week in Orlando, Florida.?

Each regional tournament will feature eight teams with a maximum 10 players each. Participants will meet current CFL players, interact with CFL cheer teams and mascots, and enjoy football-themed games and activities alongside their matches in each CFL market. Each regional tournament’s victorious team will win a trip to Ottawa to play in the CFL/NFL Flag Football Championship during Grey Cup Week. 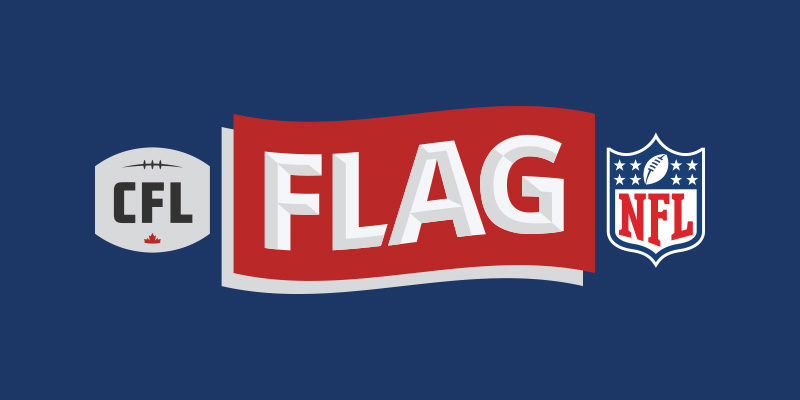 The CFL and NFL have launched a flag football program on Friday that will engage hundreds of kids across the country.

I wouldn't be alarmed. For most Canadians football is not much of a consideration until high school and adult recreation is primarily flag or touch.

For young kids I think it's a good way to get them interested in the game and maybe get them playing organized ball before high school.

I'd be perfectly fine with these changes especially if protections in brain and physical health are improved...not to mention that football careers are the shortest of all major leagues by far with too many stars on the IR for much of the season which diminishes the entertainment value and product on the field.

In actuality, flag football and touch football (one hand or two) are quite exciting brands of football as well and may one day be the standard for pro gridiron in the future if debilitating injuries remain a constant.