The women's world championship runs this summer in Finland, starting on July 30.

Here are the brackets: 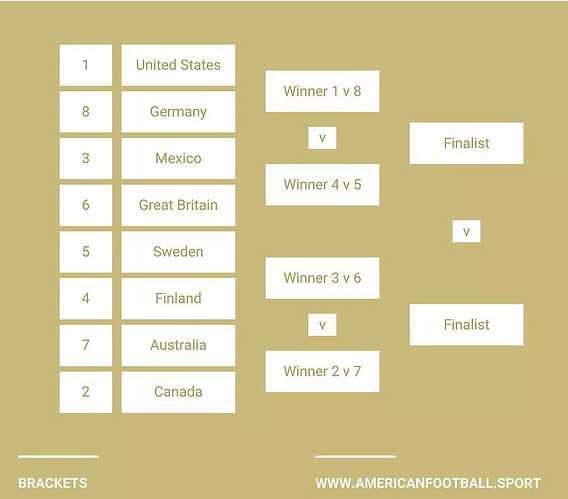 I hope we get to see some of these games streamed online.

Didn't know there was such a championship, cool! I wonder if Canada will host one at some point, or have we already? I bet some of these gals are tough cookies.

Cool thanks for sharing. Im going to go see a Montreal Blitz game this year, looking forward to that. I've never seen woman play football, however, I have seen them play rugby and I can guarentee there was no holding back on the field, they hit hard and fight for that win!

The women's national team has been conducting tryouts this weekend in Ottawa.

At 1PM EDT, there's going to be a Red-White scrimmage of national team hopefuls.

Here's the link to the stream of the game:

There are links to the roster lists here at Football Canada, but unfortunately the lists don't show where each player is from. I would've liked to know which province each player calls home.

Here's the final roster of the women representing Canada at the world's this summer in Finland.

A lot of representation from the Montreal Blitz and Saskatoon Valkyries.

A highlight video of the red-white game and selection camp. The World Championship in Helsinki is just a few weeks away now.

Didn't know there was such a championship, cool! I wonder if Canada will host one at some point, or have we already? I bet some of these gals are tough cookies.

A few months late on the reply, but yes Canada has hosted before. Like all the other ones, US won gold and Canada won silver.

This year's edition begins this Saturday with Canada taking on Australia.

Here's a stream for Canada vs Australia. Currently tied at 6 late in the first quarter.

Well, Youtube decided to block/remove Football Canada's stream of the game. I hope they get this issue resolved.

Looks like our women were well on their way to victory, though. 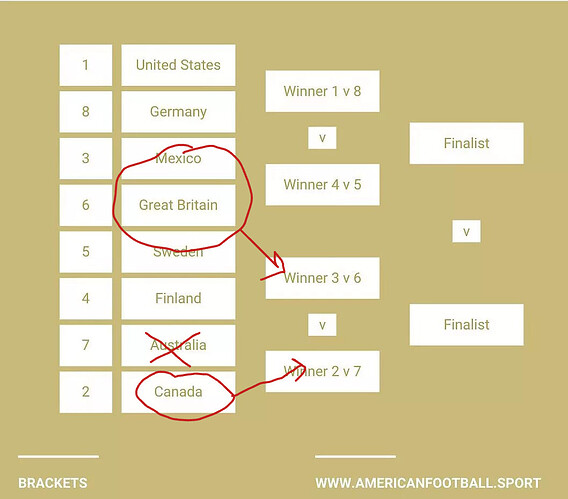 One down, two to go. Bring on the Mexico-Great Britain winner. 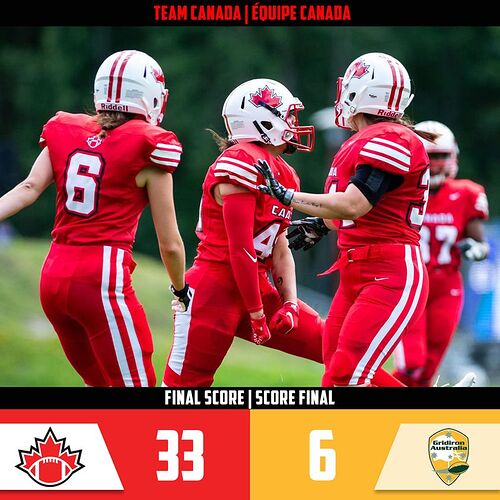 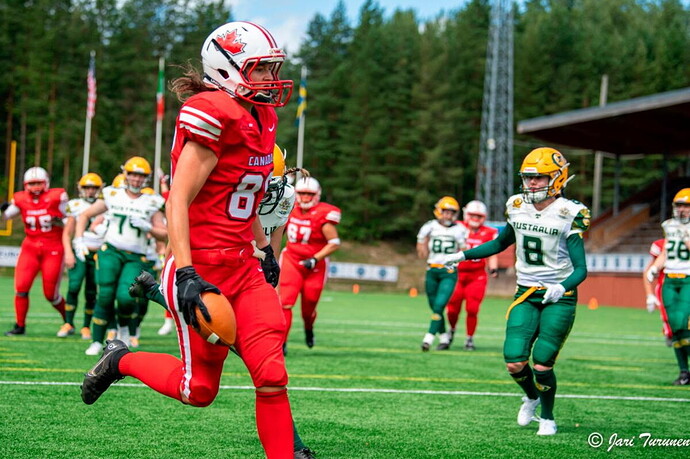 A pair of second-half touchdowns keyed Team Canada to a 33-6 victory over No. 7-ranked Australia in the quarterfinals of the IFAF Women’s World Championship in Vantaa, Finland, on Saturday. After the teams traded touchdowns in the first quarter, the...

It looks like our next game is against Great Britain. We lucked out a bit in that the #3 seeded Mexican team had to forfeit their first round game vs Great Britain because they couldn't arrive in Finland on time. 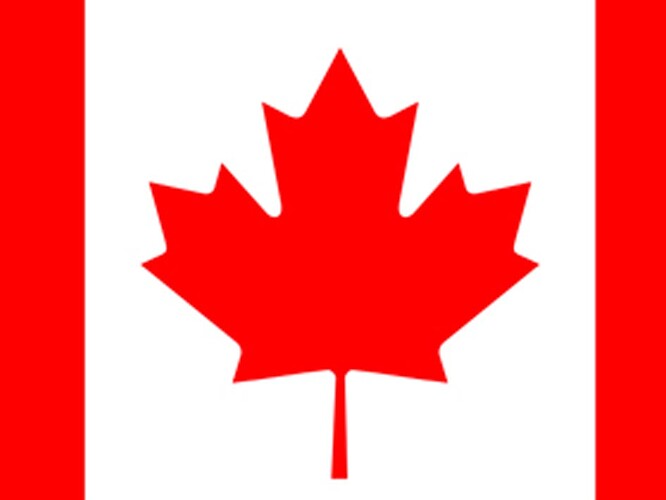 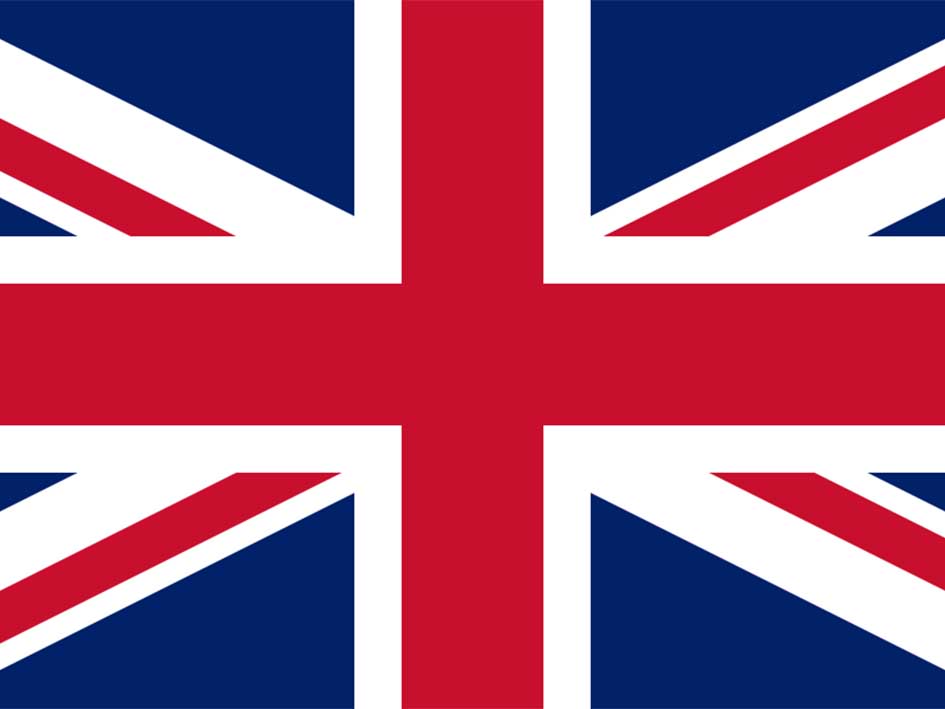 Join the web’s most supportive community of creators and get high-quality tools for hosting, sharing, and streaming videos in gorgeous HD with no ads.

Edit:
And make the final 20-13 for Great Britain. The best Canada can hope for now is bronze, which we'll play the host Finland for. 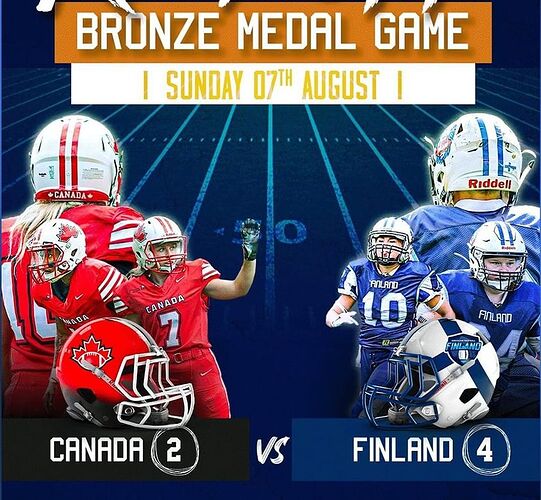 Not sure of the time or if a stream will be available yet.

Game is supposed to start at 9:30 with a stream on the Football Canada youtube channel. 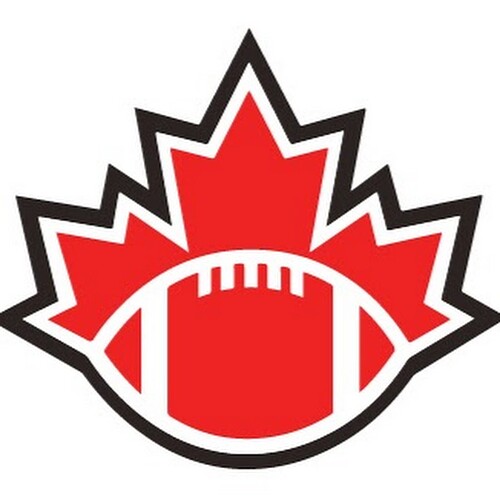 Established in 1884, Football Canada is the national governing body of amateur football in Canada and a proud member of the International Federation of American Football (IFAF). Working closely with the provincial football associations, we develop...

I don't see a link up there yet, though.