In the late 1990s through the mid 2000s, about every team in the CFL experimented with a black uniform or adding more black to an already black uniform. This fell out of fashion somewhat in the late 2000s but made somewhat of a comeback in recent years.

The Stamps are a team that adopted some black early this century and never dropped it despite black having been no more than a trim colour prior. Add this to their traditional red and white with Ottawa returning to the league and you have two teams with the same colour scheme. With the “REDBLACKS” as their Grey Cup opponents for the second time in recent years, perhaps it would be smart for Calgary to revert to their red and white of old.

Its a 9 team league… there are enough colour schemes to go around. We don’t have two Roughriders anymore but we sure do have two RedBlacks. 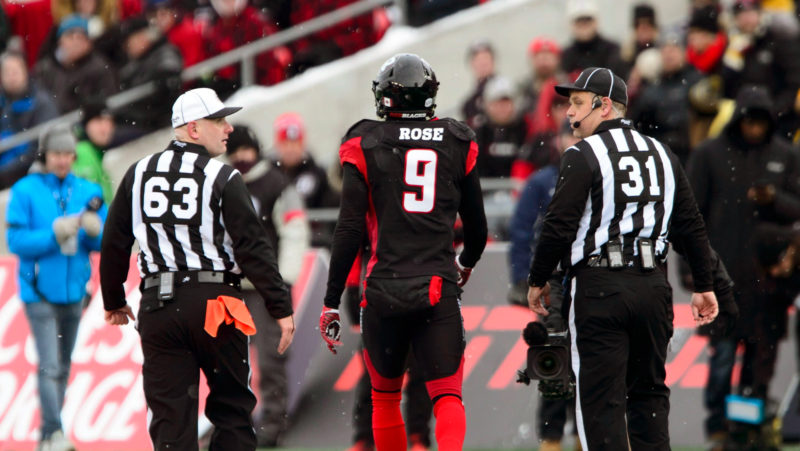 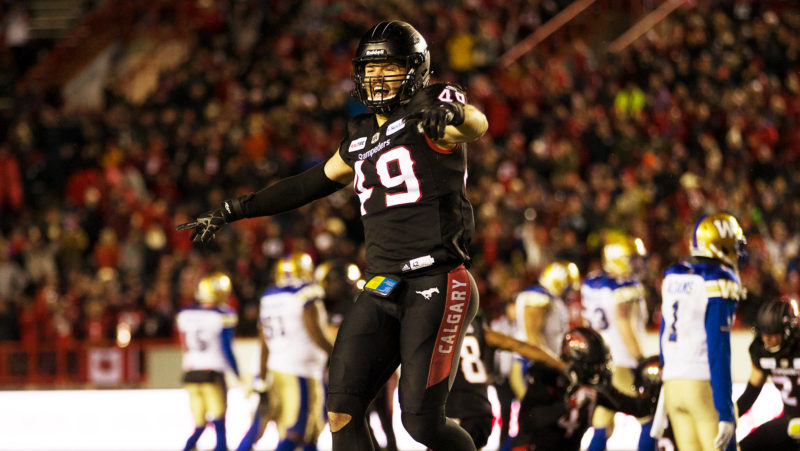 Yup… as a 50 year Stamp fan and season ticket holder I sure miss the red & white with silver trim. Classy & classic.

Agreed. Get rid of the black. The red and white colors are great.

Get rid of the black! Adding black was a trendy me-too thing back in the 1990’s and should be undone.

The grey, red and white would look good on the stamps .

It was their old colour scheme and it looked great .

If grey is considered too bland, there’s no reason they couldn’t go back to the old style but use more of a silver hue. No question the black has got to go.

Dont care so much about the black on the facemasks, but return the red helmets. The black helmets are no where near as nice looking

They better be wearing the normal red helmets too, or I’ll be pissed.
Don’t want to see two teams wearing black helmets. BTW, Calgary seems to lose in the GC when they wear the black ones, maybe they should ditch the black ones permanently.

Maybe Calgary should have tried to get the leauge to not allow Ottawa to use the black, red and white colour scheme as they had adopted those colours.

Both Grey Cup finalists sport the same colour scheme in their uniforms.Red, white and black make up their costume.But it’ll be the Calgary Stampeders in their traditional red jerseys — with red hel…

Hopefully that can be rectified with the new supplier for unis and apparel (New Era) coming next year.
But with the Flames being the majority owners, they could be calling the shots (my assumption is that Stamps added all the black to their unis after the Flames got majority ownership, wanting all teams under their umbrella to have similar colours). So who knows, but I will remain hopeful.

I think the new Roughriders uniforms look very sharp with all green and white, and the Stamps would too if they ditched the black altogether.

I think the new Roughriders uniforms look very sharp with all green and white, and the Stamps would too if they ditched the black altogether.

Yah, I think the Riders current unis and logo are the best they have ever had.

For the Stamps, black as a trim colour if they absolutely want to have black, but currently way too much of it.

I’d love to see the Stamps and Flames go back to their “retros”. These things are beauts. 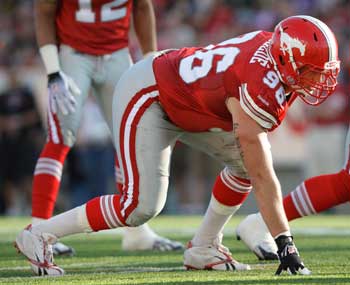 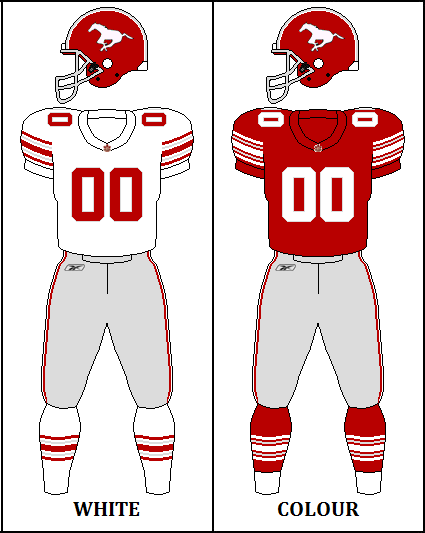 It is cool that the Skeeters haven’t changed the horse over all those years.

I’d love to see the Stamps and Flames go back to their “retros”. These things are beauts.