Rugby certainly seems to be growing in popularity in this country with a great crowd tonight in Vancouver for a Canada - New Zealand rugby game part of a busy multisport week at BC Place. 27,000 there at a Whitecaps game a few days ago and CFL football tomorrow.

According to the All Blacks twitter feed close to 29,000 were expected there tonight. Certainly looks like a great crowd from this picture. Great for Rugby Canada.

Sweet, if there's interest there, I'd love to see a Canadian Rugby league to go along with the Canadian Premier soccer league helping pay the bills at CFL stadiums.

The group that runs the Toronto Wolfpack has mentioned they’re looking at starting another Canadian team.

My guess would be Montreal as being a similar proximity for air travel to the UK and Air Transat is already a major sponsor. It being their headquarter makes sense so there’s potentially 2.

Rugby-Football and Canadian Football today are two different sports, but at one time their paths were intertwined. It started in 1865, when McGill University played English-speaking officers that were stationed there. When 1874 came, McGill developed their own set of rules, which are similar to today's Rugby and Football rules. With the rules made, McGill decided that they wanted to challenge Harvard for two games of Rugby- Football, but there were a couple differences between the styles of game. One difference was that McGill used a predecessor to what a football looks like, while Harvard was using a predecessor to what a soccer ball looked like. The second difference was the style of play. Harvard's style of play is that a player can run and pass the ball only if he was being pursued by an opponent. Once the opposing player gave up pursuit he called out to the runner, who had to kick the ball. In McGill's style of play, a player is permitted to kick and pick up the ball any time they well please and run with it.

The first of two gameswas played on May 14, 1874.
The first game was played
under the Harvard Rules,
which Harvard won 3-0. The
next day, McGill rules were
used but the oval ball
disappeared on the Harvard
campus. Thus the round ball
was used, ensuring the game
ended in a 0-0 draw. Students
that attended the game were
so enduring to our style,
that many thought the McGill
game was the better of the
two. In the coming months,
Harvard made a trip to McGill
for the first intercollegiate
game in Canada. Much to the
dismay of McGill, Harvard won
the game. The spectators
there mentioned that Harvard
learned the game well. In
leading up to the 19th
century, the United States
was starting to develop rugby
football into what we know
today as American Football.
Here in Canada, the same
rules were being applied as
our American counterparts,

except for the number of
downs where we in Canada was
using three downs instead of
four, and the number of
players on the field were 12
instead of 11. During the
same years that Rugby
Football was rapidly
transforming into American
Football, the same cannot besaid about Rugby Football
transforming into Canadian
Football, due to constant
bickering with various unions
across Canada.
Acknowledgements:
The Canadian Football
Hall of Fame and Museum would
like to thank everyone
associated with this virtual
exhibit.

I always thought Rugby is a perfect fit with the CFL . A league from coast to coast with stadiums in smaller cities and a chance at a International host will bring some federal and provincial money to Halifax , Quebec City , London , Kitchener/Waterloo , Newfoundland etc .... .

If I want to watch US sports then I watch US networks with US advertising with a price tag /tax that goes to Canadian programming kinda like smoking it's a dirty habit .

If we had televised Rugby League in Canada it would subsidize our viewing habits until it received Curling and Figure Skating numbers eventually .

Interesting Hank. I'd like to be able to watch CIS football on television more actually. Would love to see this develop as you say.

The owners of the Toronto Wolfpack are allegedly looking at getting a franchise going in Hamilton in the near future. New York and maybe Boston are joining the English league structure in 2019. In a few years there might be enough teamsfor a North American (or Canadian) league to begin if they so desire. 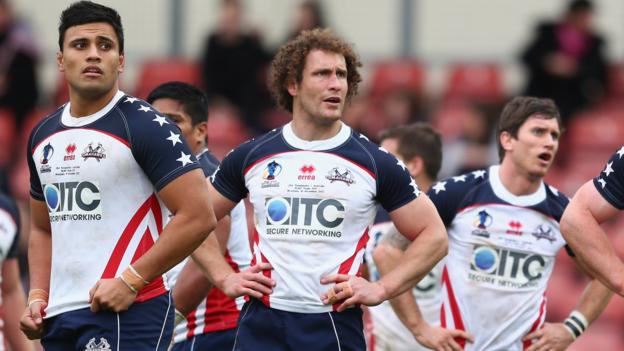 Hope I did this right.

I hope it's a Canadian League ONLY I really don't want another US centred league .We always come up with the short end of the stick getting in bed with US sports leagues and never fully develop our own properly in Canada .

With a 10,000 seat stadium at the top end we can see an all Canadian League flourish with the right type of sponsorship and TV exposure .