Rolling Stones on the T.A.M.I. Show!

It was just over 55 years ago on 31 December 1964 that the T.A.M.I. Show hit movie theater screens across the United States: 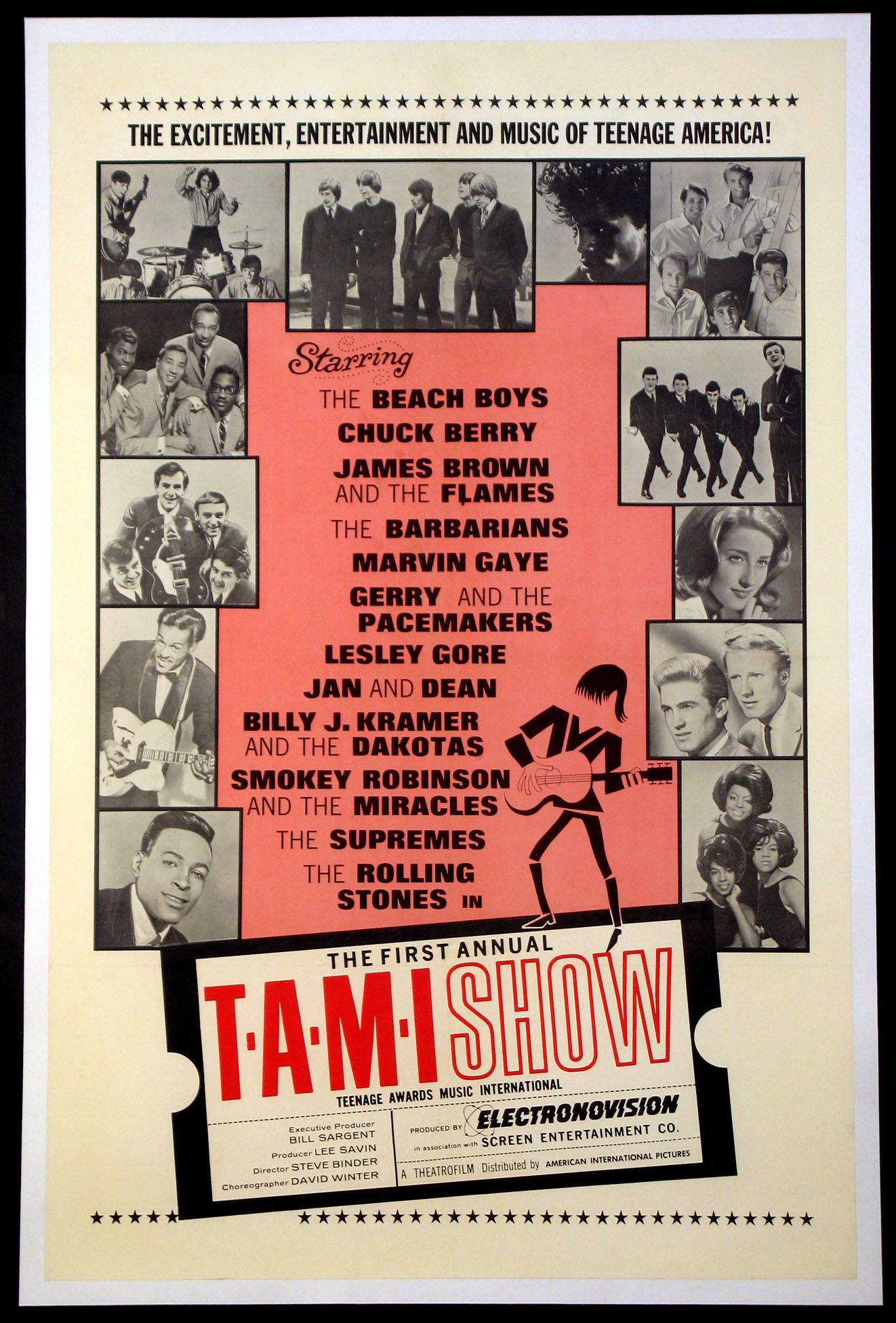 The release of the T.A.M.I. Show would prove to be a watershed moment in the Rolling Stones’ climb to superstardom. While the Stones were already nipping at the heels of the Beatles in United Kingdom popularity polls, they were just one of many British Invasion bands here in North America. In fact the Stones may have been about fifth in popularity in the United States at the time when it came to British Invasion bands, well behind the Beatles and the Dave Clark Five and just below the Animals and Gerry & the Pacemakers.

But that changed after the release of the T.A.M.I. Show. The Stones had in October been given the unenviable task of closing out the show right after the performance of James Brown & the Famous Flames:

Now how were the Stones to top that? Well they pulled out all stops in trying. The Stones had previously done little more than stand there and play (like the Beatles) in their concerts. But coming on after James Brown at the T.A.M.I. Show they did their best to copy his showmanship. Mick Jagger in particular did his best to add more lively dance moves to his repertoire as lead singer:

And it worked! The Stones’ popularity in the States absolutely exploded in 1965.

My older sister and I took in the T.A.M.I. Show at a theater in downtown Detroit in early 1965. Unfortunately I can’t say that any of the individual performances stuck out for me and I quickly forgot which artists I had seen that day. All I remembered was that the movie was fun!

Then sometime one afternoon around 1974-75 I was watching clips from the T.A.M.I. show on the TV in the living room. My very old school father (who already happened to be fairly drunk) ducked in from the dining room to see what I was watching. The Rolling Stones were playing I’m Alright. One disgusted glance at the TV was all it took for him to retreat back to the dining room with the concise appraisal “Like s__t you alright!” Say what you will about our parents’ generation, but they could be plain-spoken and frank.

The Stones were basically a blues band following on the coattails of the Beatles. Don’t get me wrong, I love the Stones but the Beatles were groundbreaking and revolutionary. Their music and ideas still affect us today. The Stones have a plethora of good 3-minute hits. The Beatles have psychedelic albums and theme albums plus they made movies.

If I want some good old bluesy rockn roll I will gladly spin a Stones disc. Two of my fav songs are Can’t You Hear Me Knockin and Under My Thumb.

…I like the stones, many songs on my old ipod…they play well on the motorbike…