CHALUPKA , Edward (Ed) It is with profound sadness that we announce the passing of Ed Chalupka. Dear son of the late Joseph and Mary (Danko) Chalupka and brother of the dearly missed Alex Chalupka. Beloved husband of Rosemary (Malloy) for 51...

For a very undersized player for his position, he still had a decent 7 year career with the Cats, that
included a Grey Cup Ring with the 1972 Grey Cup Championship team !!

And a Hamilton native also.

Thanks for the memories Ed Chalupka.

Although undersized physically for his OG position (IIRC 238 pounds) his heart was definitely oversized. ?

Yes, a great TiCat and a great person. I didn’t realize that he was Director of the CFL HOF for 5 years.

BTW does anyone remember the early attempt at a Hall of Fame in the old house with the creaky floors, next to the Municipal Pool? Most of the stuff on display was old photos and gear worn by players from the old days. I think they called it a museum in those days… Apparently the HOF wasn’t official until 1972.

Although undersized physically for his OG position (IIRC 238 pounds) his heart was definitely oversized. ?

I met Ed on several occasions.

I believe Ed Chalupka and Dick Wesolowski, both Hamilton boys, attended the U of North Carolina on football scholarships .

They were both drafted in the CFL and played for our TiCats . Ed was a technician at guard while Wesolowski was a bruising running back .

Playing 100 games for your hometown team was quite an accomplishment for Ed Chalupka . 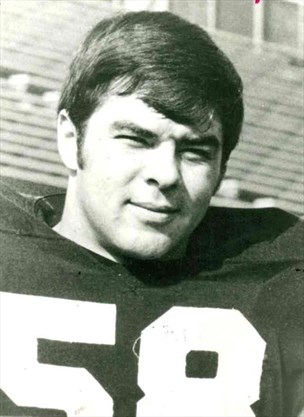 Opinion | Steve Milton: The late Ed Chalupka ‘did everything’ at the CFL head...

A funeral mass for Hamilton-born Ed Chalupka will be held Thursday morning at St. Francis Xavier Church in Stoney Creek.

Jim Barker remembers this about Ed Chalupka’s time as the CFL’s director of football operations.

“We had different commissioners in his time, but Ed Chalupka did everything,” said the Hamilton Tiger-Cats’ assistant coach after the team came off the field in Calgary Wednesday. “It was him.”

Chalupka, who grew up in Hamilton and played exactly 100 games for his hometown Tiger-Cats as a tough and effective offensive guard, died this week at the age of 72.

After playing on scholarship at North Carolina, Chalupka joined the Tiger-Cats in 1970 and spent seven seasons in the CFL, all with the Ticats. He wore No. 58 for the 1972 team which was the last Hamilton side to win a Grey Cup that was played in this city. They beat Saskatchewan 13-10 at Ivor Wynne Stadium on Ian Sunter’s last-second field goal.

Chalupka was president of the CFL Players Association from 1981 to 1986, and followed that with two more important positions in the game. From 1987 to 1992 he was the managing director of the Canadian Football Hall of Fame, then located beside Hamilton City Hall. And from 1992 until he retired in 2005, he was the vice-president of Football Operations at the CFL’s head office.

Those were some of the most tumultuous and crisis-ridden times in CFL history but Barker, who was a head coach and general manager in the league through most of those years said, “Ed was the one guy at the league head office who always got things done.”

Brian Ramsay, the current CFLPA executive director said in a message that the CFLPA was mourning Chalupka’s passing and that “he was a champion who will be remembered for his leadership and preservation of the values of the game.”

Chalupka was named to the CFL East Division all-star team three times and twice was chosen as the Ticats’ most outstanding lineman.

“He championed our players and our league long after his playing days were over,” CFL commissioner Randy Ambrosie said in a tweet. “Thinking of his family and friends.”

Chalupka is survived by his wife Rosemary, children Christine and Paul, and three grandchildren.

A funeral mass for will be celebrated at St. Francis Xavier Church in Stoney Creek on Thursday, at 9 a.m.