Seven years ago, @Jim_Mullin of Vancouveremployed a five-element scheme to rate the design of boththe greatestandthe oddestCFL uniforms. Here’s how he explained it:

Tradition: Most CFL teams have a deep tradition and roots connected to their communities. It’s not a coincidence that Calgary’s dominant colour is red, or the Argos led the way for all Toronto sports teams with blue. To not respect your traditional elements costs you points.

Functionality: Are the numbers on the uniform discernible to the naked eye if you’re sitting in row 50?There are a surprising number of new designs throughout the sports world which violate this basic premise of having a uniform in the first place.

Continuity: The development of a solid and reliable brand is evolutionary. Nothing reeks of desperation quite like an overhaul of your colours and logo.

Originality: How does your team’s persona stand alone in the crowd? How have they been able to take the technological innovations of the time and incorporate them into the story of your team?

Balance: In the same sense that one should not wear a baseball cap with a business suit, teams should thoughtfully coordinate and balance all elements of colour in their uniforms. All black uniforms with a different coloured helmet are the biggest offenders of this rule. Also, do your stripes match up? Are they the same pattern throughout the uniform?

Considering the new Alouettes’ uniforms, wildly more interesting than the foundational soap opera, I decided to try and create a poll based on Mullin’s rating scheme.

Johnny hates the new uniform! It is too plain, and doesn’t look like any of the Alouettes’ former uniforms.

They could be any junior league team’s uniform. There is nothing distinctive about them.

Not a fan of the Alouettes new setup at all, and I would’ve much preferred if they went with something like these. 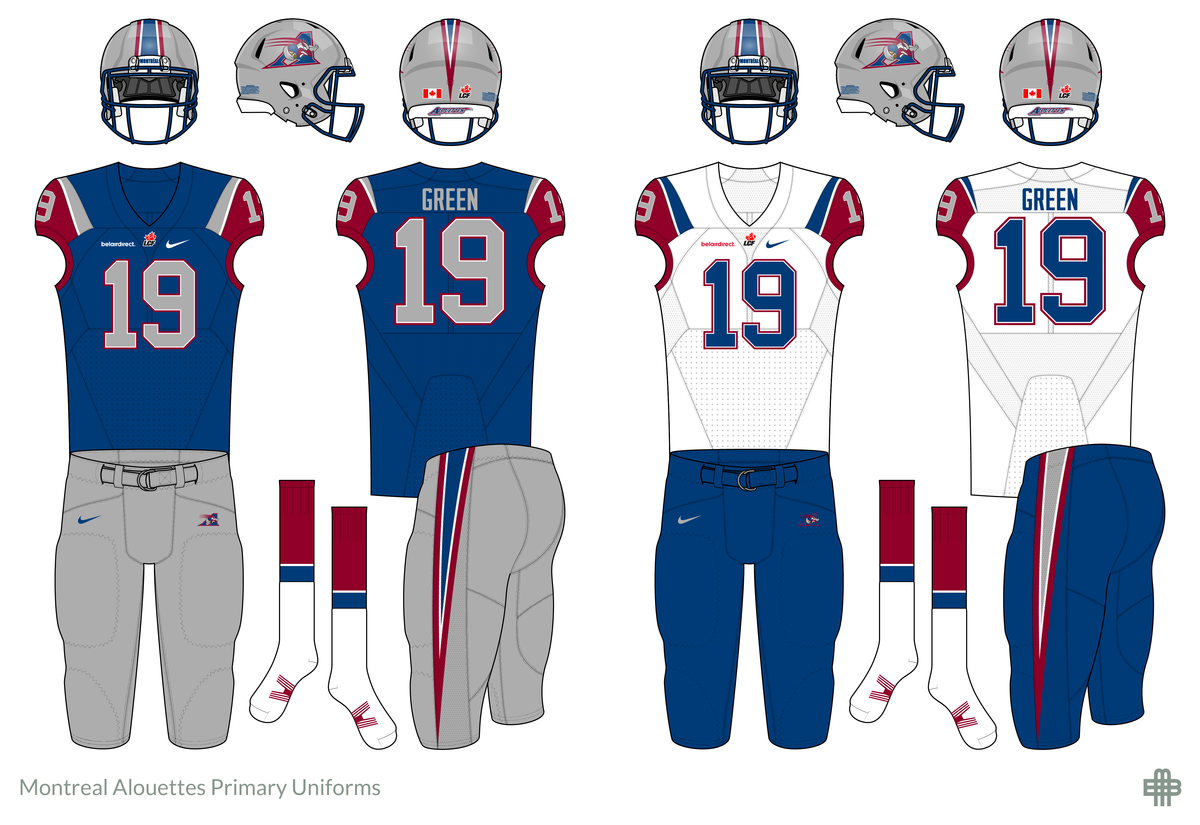 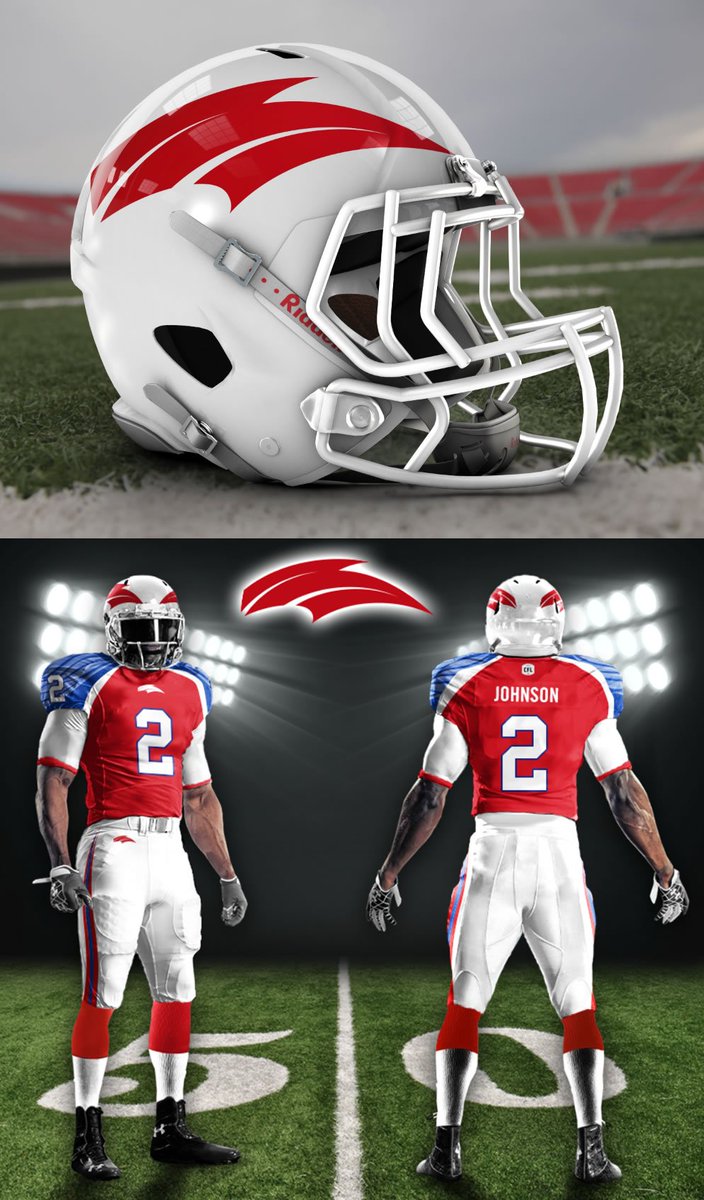 The clean lines were fantastic to watch for tv viewing and the logo was simplistic .

Watching the Lions with orange pants and a orange shirt it’s hard on the senses tonight .

Said many times, no thanks.

Bring back the Lark.

But given the state of the organization right now, guess they are lucky to have a uniform.

Did not cast a vote for any of the options.

Add one that says

Lose it. I will put my vote.

Prior to voting, I watched a fair bit of the recent game vs. RedBlacks,
which got uploaded to YouTube in its entirety. Pipkin’s early TD throw:

We haven’t really seen the dark blue jerseys in action, only
the white ones. Aside from the red helmet ‘dodo bird’ outline,
it’s a fairly bland look, if you ask me.

I was only able to award a point on 2 of the 5 categories in the poll.

A specific complaint is that by going from silver/grey to a very dark
blue helmet, Montreal now suddenly looks like every other Eastern team,
and has abandoned their visual heritage. Secondly, there isn’t enough
contrast between the red outline and the indigo helmet background,
which is obvious when you see both logos side by side on a TV banner:

There are only nine teams in the CFL (for now), so “vive la difference” … not.