Well after last year's great play-off run to the Eastern Conference Finals the Raps - especially Demar DeRozan are off to a very good start this season with a 6 - 2 record with DeRozan leading the league averaging 34.1 points per game after re-signing with the Raps in the off-season.

Tonight is kind of cool. The Raps who are playing the Knicks are recreating the first game ever played in the history of the NBA - which was a game played on November 1, 1946 at Maple Leaf Gardens between the Knickerbockers and Toronto Huskies.

Yes that is correct - the first ever game in NBA history was played in Canada at Maple Leaf Gardens.

And - yes this is what the Air Canada Centre looks like tonight. 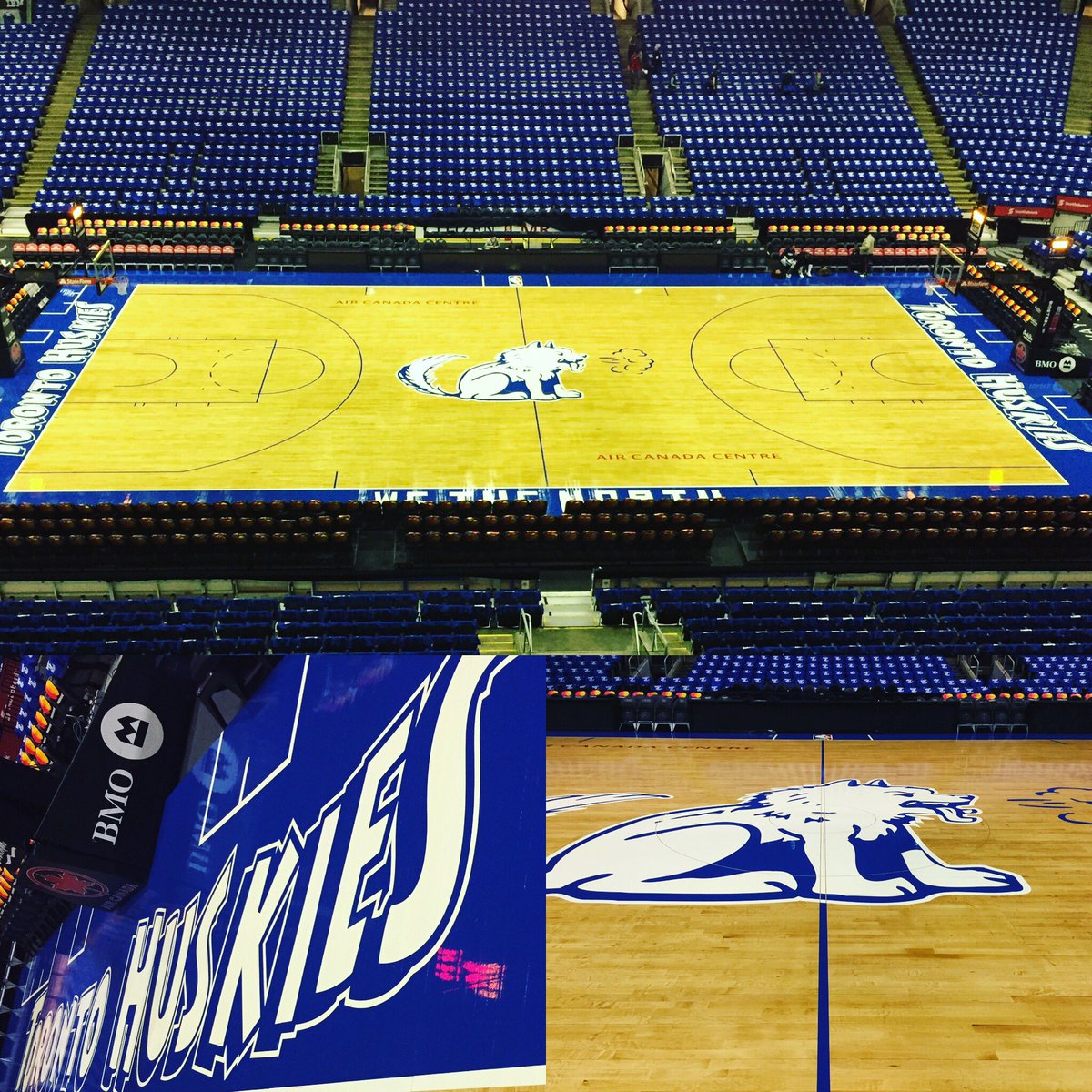 I prefer Toronto’s American Basketball team to move back to America where it damn well belongs.

Basketball was invented by a Canadian. The league's first game was played in Canada. Canadians have been the # 1 pick in the draft a couple of times in the last few years and other Canadian ball players have been picked in the first round of the draft as the quality of Canadian high school and college basketball has dramatically improved.

Toronto high school basketball is now considered among the best in the world and is a hotbed of talent. It has become one of the major scouting zones for NCAA teams. Programs like Carleton's have dramatically improved the level of play of Canadian University basketball too.

Basketball has become a great Canadian success story - to a large degree driven by the presence of the Raptors - and the various player and coaching clinics they are involved with promoting and running and the fact that kids want to be the next Vince Carter or Andrew Wiggins - the way when we were kids we wanted to be the next Dave Keon or Ken Dryden. And kids following in those footsteps combined with the vastly improved coaching has really helped improve the game up here.

Throw in sellouts for every home game - and the Raps and basketball development are a great CANADIAN sport success story.