Plays of the Week

Not sure I'd have included #5. The kick itself was nothing spectacular.

I wish they'd put together a video of just the top 5 hits of the each week too.

When I was between 11 and 17, I would return more kickoffs for td in pickup ball because the buys didnt know how to stay in lanes, or something similar. I run to one side, everyone does the same, then around the other side I go. I use to challenge that no six guys could stop me (touch me) to prevent a td return. No blocking either, of course.

These guys are supposed to be pros? What the hell are the Special teams coaches coaching?

One fun aspect of these meaningless games in the last week is we get some more creative playcalling!

Absolutely. My play of the week was Ottawa’s fake punt.

Only two games, but lots of big plays to choose from:

Some posters don't seem to like Dustin Nielson's playcalling, but he's growing on me--definitely brings the excitement.

I can't believe they didn't include Kelly's big first-down run. 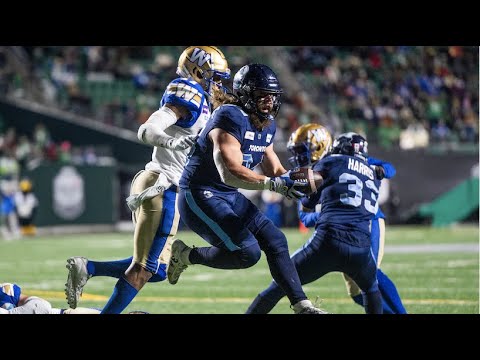