...In your opinion, and I ask because there is also an indirectly related angle here in relation to media rights for the CFL in both Canada and in the US, will there be any significant interest in watching LIV on TV for fans of golf in Canada who can get the US-based CW station via their TV subscription? Or will LIV have only a marginal following and interest in Canada?

I think it will take time to build a TV audience. As I have CW in my cable package I will be having a look at the first televised tournament at the end of February and go from there. Like most others I am conditioned to the traditional full field tournaments, but unfortunately those will not hold as much interest for me as they once did with their watered down fields. The Ryder and President's Cups will be rendered to the joke bin unless LIV golfers are included. It appears that the majors or at least 3 of them will see that.

I believe that one of the biggest things the PGA Tour is afraid of vis a vis LIV catching on, is that the average LIV fan or viewer is about 20 years younger than the average PGA fan. Those are demographics LIV likes.

...would be surprised if Augusta National and The Masters don't vote "Yes" even if all the other three of the four majors vote "No."At the very least, and I am spitballing here with no direct or indirect connections only various random chatter over the years, it would be out of spite as for much modernization of golf, be it for the right or also the wrong reasons, by that Old Guard at Augusta National.

As the Masters took the lead this year by making it known they would not be discriminating against LIV golfers, I can't imagine the British and US Opens not following suit. The PGA Championship isnt run by the tour but is the major most likely to take an anti LIV stance. I have doubts that they will as they are already considered the weakest major and banning top players won't help that perception.

The majors will include most of the best golfers this year but after that many will fall off the face of the planet rankings wise if LIV players aren't given ranking points. As the article I linked says, Dustin Johnson is now 44th in the world rankings

and will continue to plummet without the ability to obtain ranking points. We hear about the battle for the #1 spot between Rahm, McIlroy, Scheffler, etc., but there is no mention that the true world #1 right now is arguably Cameron Smith of LIV.

I think that the majors are smart enough to want to include the best golfers in the world, unlike PGA Tour sanctioned events, and that they will try and find ways to do so.

You may have heard that Baby Rorwy is at it again. The self proclaimed spokesman for the PGA Tour players continues to agitate and insult and shows no insight into how to mend the current fractured relationship and what is good for golf. All of this while playing in Dubai and accepting Arab money, which of course he has criticized even though it is irrelevant. You know you are way off base when Patrick Reed is the voice of reason. 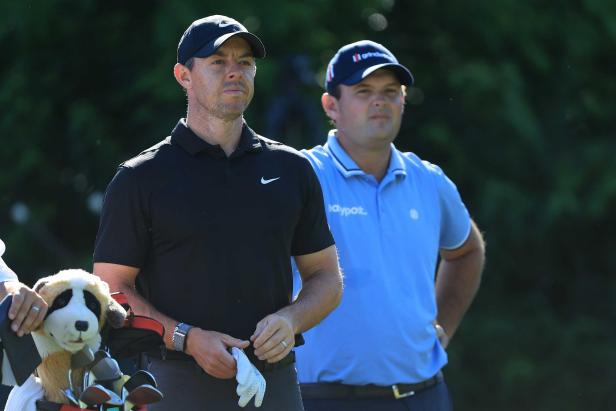 Rory McIlroy’s frosty response to Patrick Reed in Dubai has a spicy backstory...

McIlroy wasn't in the mood to be friendly with Reed after what happened during the holidays. "I'm living in reality. I don't know where he [Reed] is living.'

Genius Sports continues to be in the news.

“We are delighted to extend our historic partnership with the PGA TOUR. As the sports betting landscape rapidly evolves across the U.S., it is imperative that sports are proactive in protecting the integrity of their competitions,” said Stephen Thurley, Head of Integrity Partnerships at Genius Sports . “This partnership ensures the PGA TOUR continues to benefit from Genius Sports’ Bet Monitoring technology and Education services, as well as utilizing ‘Genius Intelligence,’ our groundbreaking fraud detection management system.”

Genius Sports is at the heart of the sports data ecosystem aiming to champion a more sustainable ecosystem for sports, betting and media. 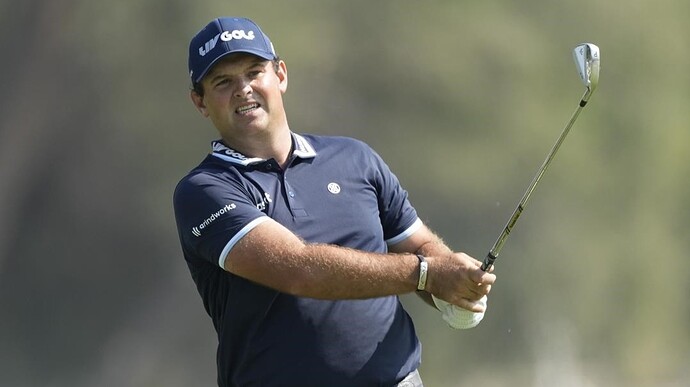 Jon Rahm began his year by winning two in a row on the PGA Tour. Rory McIlroy began his year with birdies on the last two holes to win in Dubai. This would seem to have the look of golf's latest rivalry in the making, except that it will be difficult...

More on the ongoing story after last weekend's near playoff between McIlroy and Reed.

More on the ongoing story after last weekend's near playoff between McIlroy and Reed.

I'll have to catch up more on this matter as we head into the Masters tournament in just over two months again.

I don't know if there is some financial beef here as well, and sure there has to be some old bad blood, but I don't get why McIlroy or especially any player still playing in or near his prime on tour is taking this battle that is between the PGA and LIV leadership to such heart. You as a player on tour are not one of the legends like John Rambo or Colonel James Braddock.

Rivalry on the course is great for golf, but between tournaments with daily tweets and the like, not so much.

... be some old bad blood, but I don't get why McIlroy or especially any player still playing in or near his prime on tour is taking this battle that is between the PGA and LIV leadership to such heart. You as a player on tour are not one of the legends like John Rambo or Colonel James Braddock.Rivalry on the course is great for golf, but between tournaments with daily tweets and the like, not so much.

Agreed. In the article they call him petty. I call him Baby Wowry. There is no need for his constant attacks. It’s not good for golf as a whole. I think it is an ego thing.

Unfortunately for this year at least the only true test of golf will come at the four majors. They say there are 16 LIV golfers in the Masters field, which is about one quarter of the players that have a chance the win, the rest being amateurs or the #1 player on the New Zealand carnival tour and the like.