OTT @ SASK GDT - for all the marbles

That's right, our playoff hopes once again depend on Kevin Glenn.

That's right, our playoff hopes once again depend on Kevin Glenn.

Absolutely ExPat! Half time and the Riders still up 16-10 but OTTRBs just scored a TD. Difference is 2 extra Crapigna FGs. Win it for Hamilton tonight Tyler! PLEASE??!! 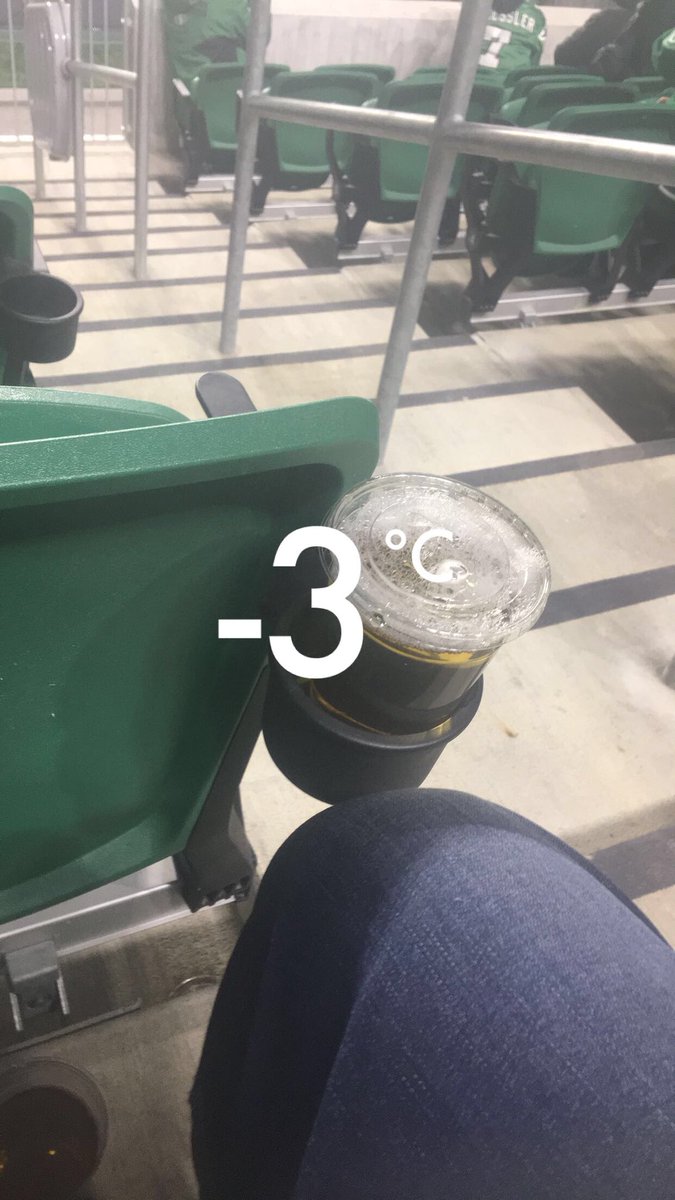 Yup it's definitely a "little" chilly out on the prairies! Guess the "pops" are definitely "frosty" tonight!

We need Bakari Grant and Kevin Glenn to keep our hopes alive!

And Glenn throws the pick 6.

And Glenn throws the pick 6.

You could say he is doing it out of spite for his ex-team, but he probably doesn't even remember that he played for us with all the stops he's made since then.

Matters not- Greenies out in front by 12 after Crapigna's 6th FG of the night. Under 6 minutes to play and the greenies just need to keep the OTTRBs in check a while longer. Ellingson misses a catch - hasn't apparently been overly effective tonight. Gotta love the Saskie fans who are loud and proud OTTRBS with a procedure penalty. Maher as a QB?? - Makes the play anyway to keep a drive alive.

OTT not going down without a fight. Ellingson with a late TD to get them within another TD of winning.

Mr Glenn - is it too much to ask for one more drive?

OTT not going down without a fight. Ellingson with a late TD to get them within another TD of winning.

Mr Glenn - is it too much to ask for one more drive?

They need to make it far enough down the field for at least a FG attempt -TD would be better.
Glenn still in the game tonight - hasn't been replaced by Bridge. Nice big play by Carter - think he's on my fantasy team this week - for the first time. GO Saskie - you can get another TD to increase the lead!
Or maybe not. Up to the Saskie D now.

Probably going to go for it on 3rd and 10 - and they get it! GGRRR! Good time for a pick here Saskie. You DO NOT want to lose a game at home!

OTT mysteriously throws deep passes when they just need first downs. Still gets it on third down as clock ticks down towards the final minute, down 5 points.

First and goal at the 9. Damn.

DPI in the end zone.

Thanks Gainey, you dink.

Down to 4 seconds and a PI on the greenies. Lindley justwalks into the end zone to take a 1 point lead.

How does Gainey manage to blow the playoffs for us again from beyond the grave? While covering Ellingson, no less.

Is it too much to ask for Tank Reid to get some kind of 100 yard penalty?

What would you expect on Friday the 13th, devastated. :-\

DPI in the end zone.

Thanks Gainey, you dink.