Courtney Stephen wears 22, as did Orlondo Steinauer, but the number association with a great DB goes all the way back to Don Sutherin from the '60s. 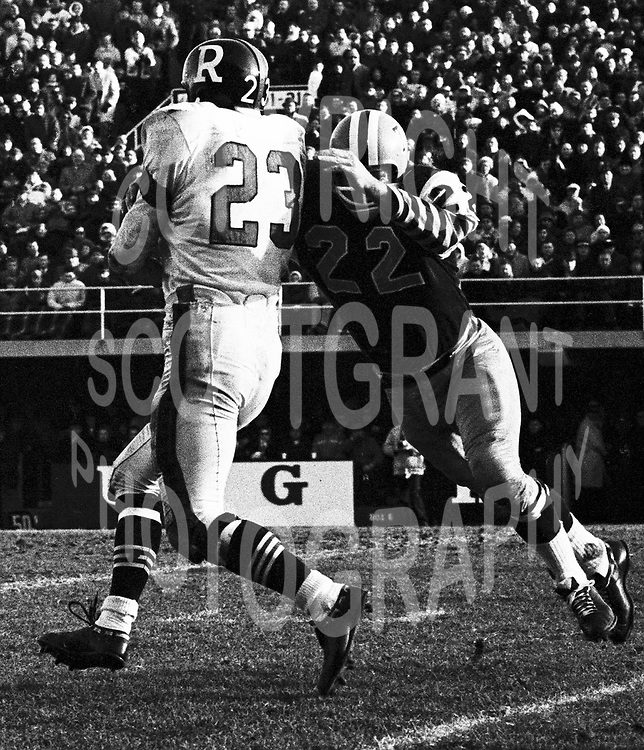 Here`s hoping the great tradition of that number continues, Captain!!!

Looking at the alumni site, I found a couple more noteables who`ve worn 22:

Jake Gaudaur, who played center and linebacker wore 22 and 42.

Orville Lee former running back also took that number while here, in 1992, I believe.

Don Sutherin is a great guy also. I met him in the 90's at a Cats Claws get together at a bar near Centre Mall. He was very down to earth and was more than happy to talk football with me for a good 15-20 min.

During the period where he was doing a Q & A that night there was a table of older ladies that just kept talking among themselves, to the point that they were interrupting his answers to the questions people ask. He stopped for a moment, looked at them and asked "ladies, are we interrupting your personal conversation at this event?" That completely shut them up.

Here was an older man that still had the same confidence and swagger that he had as a player. He is a total no BS no fluff kind of guy. I really enjoyed meeting him.

As for Courtney Stephen, he shows a lot of promise. Great instincts also, which is key to being a good player. There are not many NI DB's who start as a rookie, if they ever start at all.

I have a great story and memory of Don Sutherin I'd like to share with you all.In "99" my neighbour and Don were good friends and fishing buddies,one night my neighbour had an outdoor party and fish fry in his back yard.Sudsy of course was there and we got to chatting about football and things in general,he was a real friendly and laid back person,and had some funny stories about the old days and his time playing the game.At the end of the night,he said after a few pops(his nickname was Sudsy after all)that he would get me an autographed game used football for my two boys.Well after about a week or so went by,I heard a knock at my front door and there was Don with football in hand,my boys eyes almost popped out of their heads when they saw him.My boys still have that football and its one of their most cherished possesions.The party was in August as I recall,and of course the Cats went on to win the Cup that year.About a month after the season was over,Don had the cup at a local restaurant and invited me and my 2 boys and daughter to come down and get pictures with the him and the Cup.Its a great memory that my kids even though there older now,still talk about today.Mr.Sutherin your a #1 class act and a terrific person,you make me proud to say I'm a TI-CAT FAN!!!!!!!!!!! Thanks again for the great memories and just being yourself. :cowboy:

Looking at the alumni site, I found a couple more noteables who`ve worn 22:

Jake Gaudaur, who played center and linebacker wore 22 and 42.

Orville Lee former running back also took that number while here, in 1992, I believe. 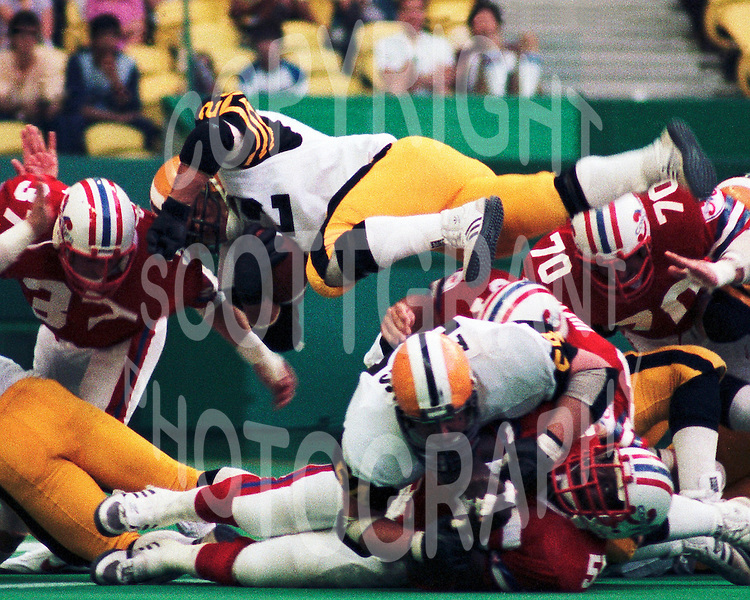 Look no further than the last 2 years...."dueces" Avon Cobourne !!

Is that a fullback actually carrying the ball up the middle? Is that allowed?

Sorry, it drives me nuts when they list a pure tight end like Delahunt as a fullback. To me, a fullback is the bigger of the running backs who carries the ball when you need just a couple of yards, muscling his way through the pile. A fullback doesn't start plays on the line; that's what the "back" part of the name means.

Just showing my age, I guess.