want - even
expect - Columbus in 7

the days between season and playoffs always seem so long. I have been looking forward to this years playoffs for the last two months. I used to make up pools but got tired of doing it. I kinda miss it.

Bruins vs. Leafs should be the series to watch in Rd. 1

Bruins have a superior team and home-ice advantage - BUT Leafs coaching is superior to anything in the league.

If Andersen can hold up and hang with Tuqa Rask Leafs could win in 6 or 7 ---- the young bucks of Toronto could really go crazy!

Pitt vs. Phil should also be very special. This may be Sid's last kick at the cat (in terms of being on a Top 6 team w/ Stanley Cup possibilities - - - so he'll go all out to retrieve another Cup.

Winnipeg vs. Minnesota is big cuz its Winnipeg - keep in mind the Jets have never won a playoff game since their days in Atlanta; they'll make Dubnyk look like Jacques Plante with their pad-thumping!

If Winnipeg gets by - the next series will be HUGE (Winnipeg vs. Nashville)

Bruins vs. Leafs should be the series to watch in Rd. 1

It seems the TV people may agree with that assessment. Of course every Leafs - Bruins game will be on CBC up here - but they've scheduled Game 2 for 8:00PM prime time Saturday night on both CBC and NBC in the States. It is very rare for a Canadian team to be on NBC in prime time - especially in an early round.

All the Jets games will be on Sportsnet.

Two first round games down in the USA are going to be telecast on that hotbed of hockey network called ...... Golf Channel! lol 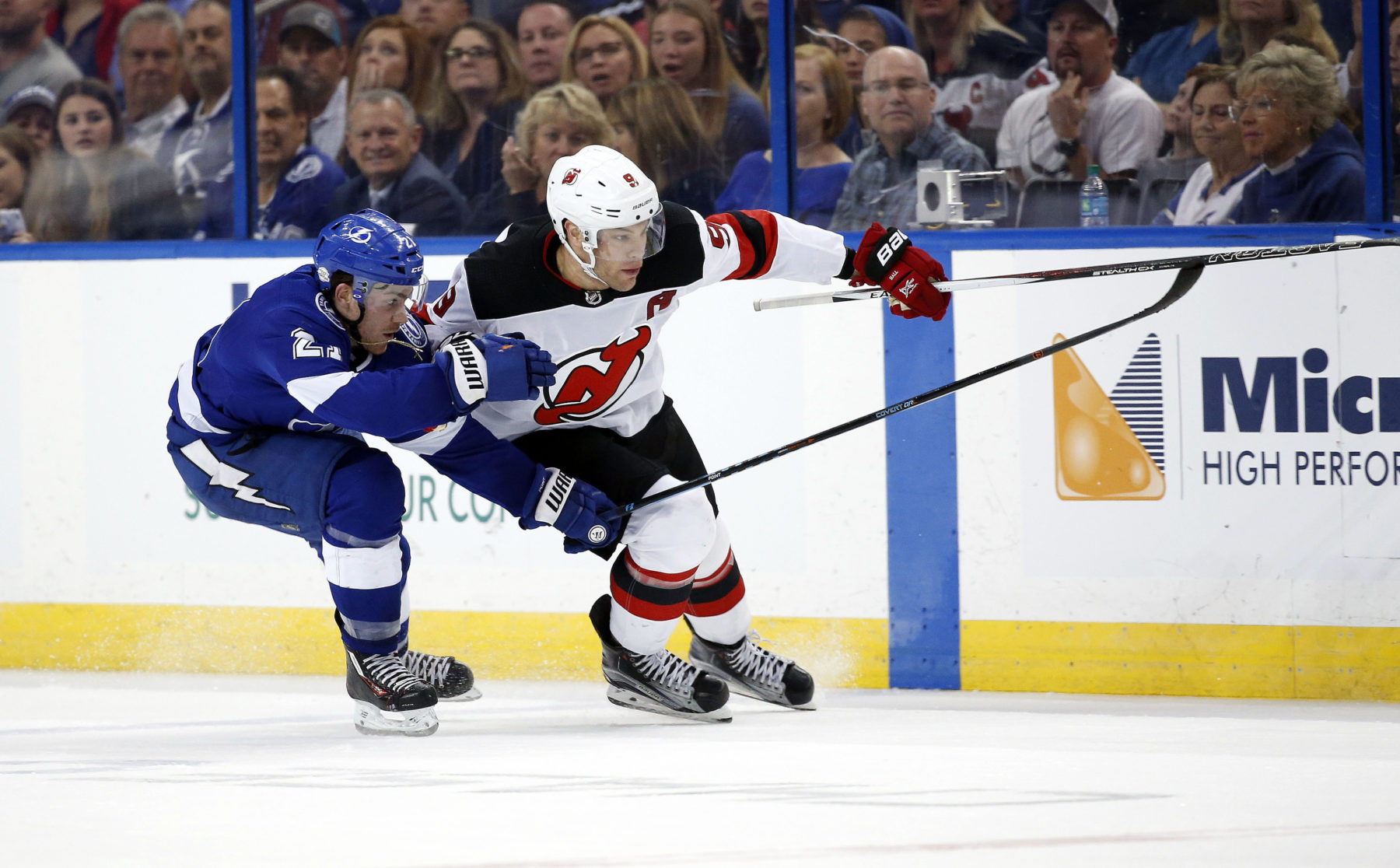 Multiple NHL playoff games will air on Golf Channel, for some reason

Game 4 of the Devils-Lightning and Ducks-Sharks NHL playoff series will air on a network that has never before carried hockey.

Two first round games down in the USA are going to be telecast on that hotbed of hockey network called ...... Golf Channel! lol

Perhaps they'll get Bubba & Tiger to do color? lol

17 more hours till the puck drops. I will watch every second of every game I can. Well at least in the first round.

I will repost my picks here

Lightning vs. Devils- not an easy series for Tampa, but they win in 7
Bruins vs. Leafs- Bruins are battle tested... they win in 5
Caps vs. Jackets- might the hardest one to predict... Caps in 6
Pens vs. Flyers- another 7 gamer, Pittsburgh wins

Golden Knights vs. Kings- Knights crap out.. Kings in 6
Ducks vs. Sharks San Jose in 6
Nashville vs. Colorado Preds in 7
Jets vs. Wild a good rivalry series, Jets in 5

If you are wise go against everyone of these picks if betting. lol

Lightning vs. Devils - Lightning in 6.
Bruins vs. Leafs - Hoping I am wrong on this one but have to go with the Bruins in 6
Caps vs. Jackets - I'll take the Jackets in 7
Pens vs. Flyers - Pens in 5

Anyone else catch showtime in Las Vegas for the hockey game? After the Jets win!

And we get Chris Cuthbert on the call on NBCSN!

I would think you probably did not catch it if you are on the East Coast, but damn I feel right at home watching this! No NHL game has ever started out like anything like this!

I was not optimistic about a pro team being in Las Vegas given all the other stuff to do on The Strip and elsewhere, but the NHL sure defied the naysayers and no wonder the NFL followed. The NFL can thank the NHL for initiating the buzz too.

Didn't see the game but great to see the Jets win the opener, hopefully this year a Canadian team will win it

Didn't expect flyers to win but wow. 7-0 is just so disappointing

Good exciting games in the west. Mostly a good first night of playoffs.

Leafs media will be on Babooncock like a dog on a bone!

Leafs didn't show up. Don't expect them to win the series but do expect a much better showing Saturday night.

So glad Nashville won last night. They had me sacred for a while.

Ouch! 3 games for Kadri. I was expecting one or two.