No time like present to get started about this up coming season.

Been some interesting player changes. Fav team have lost some fav players and gained some. Will the changes be good for my teams. Can’t wait to find out.

Fav team have lost some fav players and gained some.

…who are they again? I forget…your faves?

…who are they again? I forget…your faves?

sometimes I forget too

not nice to ask me such hard questions.

ah well, I give it a try

…long time seahawks fan myself, but I have preferences/dislikes in each division:

NFC East - like the Eagles (especially if they hold onto Singleton and Michel), dislike the rest (Cowboys, Racists and Giants in that order)

NFC North - my ancestral heritage is Scandinavian so my heart says Go Vikings, indifferent to the Lions (although I’d like to see them actually get to a super bowl before their franchise turns 100 in 11 years), Packers/Bears meh

NFC South - Saints, but only really because of Brees, when he retires I’ll lump them onto the rest of the teams in this division that are on my pile of indifference

AFC North - c’mon, gotta root for the Browns and turning around their legacy of utter incompetence, indifferent to the remaining three

AFC South - Texans I guess, the other three I usually forget about

AFC West - any team could be leading that division and I’d go ‘okay’, guess I’d like to see Rivers win a SB but I doubt that’s going to happen, the Raiders are interesting in the same way driving through 1970’s Times Square would’ve been interesting, if put to a choice I guess I’d say the Chiefs…

I just want to see somebody, anybody in the AFC East at least give the Pats a run for the division. Even better if my Bills shock me and contend.

Strange schedule for the Bills. Kicking off with two road games at the same stadium. Yup - week 1 at the Jets and Week 2 at the Giants. If they can somehow do well in those two games 5 of their next 6 games after that are at home.

No national night time game for the Bills this year but they will be the American Thanksgiving opponent for the Cowboys this year.

'd be happy if they can make it to 9 wins this season after just 6 last year.

Looking forward to seeing if the 49ers can improve if they have their starting Qb the whole year.

Andrew Luck retires from the NFL at the age of 29. The Colts are going to go 3-13 again, or worse.

…experts say Luck is walking away from a potential $500M in lifetime earnings…pretty sure he can retire comfortably on the $50M to $70M he’s already earned and keep his health, as it is, intact…smart kid IMO…

…experts say Luck is walking away from a potential $500M in lifetime earnings…pretty sure he can retire comfortably on the $50M to $70M he’s already earned and keep his health, as it is, intact…smart kid IMO…

It’s so telling that a few of the critics, such as convicted criminal Doug Gottlieb and I’ll be extremely kind on that note here, I don’t doubt have little idea of the pain and sacrifice involved in prolonged physical rehabilitation.

Another former NFL player who left also at age 29 and after his best season statistically, Robert Smith, commented that at a certain point it is not a hard decision physically.

More money is no longer a factor when any joy you would have from it is, by all private evidence available to you, indicative of a life of greater pain and suffering. 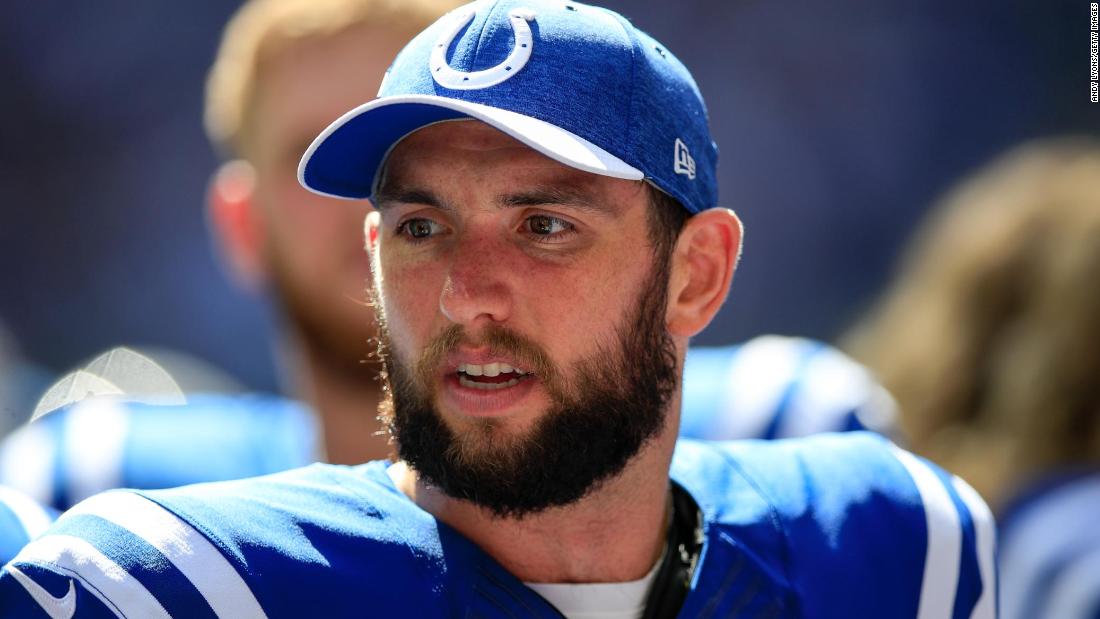 Jeff Pearlman writes that Andrew Luck is a fortunate retiring football player because he got a glimpse of the sad truth about his sport Saturday night. When he is riding high, his fans love and adore him. But the minute he dares to put himself first,...

Pro sports, players are commodities and come and go, it’s a materialistic world this is pro sports to a tee. All the best to Luck but he’ll be a nobody in terms of media spotlight in no time like most, not all, but most pro sports players.

Everyone is replaceable and everyone can make some media news here and there, and then it’s gone when you retire, most as I say, the Jordan’s and Gretzky’s and Jackson’s etc. are exceptions.

I think why there is negative here is two fold:

1)So close to the season.

The guy isn’t hard done by. He is leaving having made 50-70 million?? I think he will survive. Shouldn’t be that hard of a decision if your long term health is on the line.

I think why there is negative here is two fold:

1)So close to the season.

…I see your point but I’m wondering if there was more of a build up to this between Luck and Irsay than we’re being told…like perhaps Luck talked about this during the off season and the Colts convinced him to at least come to camp, give it a try, and after he did he had to put his foot down and say enough is enough…but yeah I can see from a fan’s pov why that carries a negative feeling…

…no sympathy on the gambling thing, but that’s just me…

No sympathy at all on the gambling front indeed and as seasoned myself in Las Vegas a decade ago plus perhaps others with a betting history here, in what are now times that are history, there is no whining if you are for real or you ought not be gambling.

It’s called gambling for a reason.

We have all had bad beats to not feel interested to hear any given millennial’s prolonged whine about his bet on the Colts on social media in this decade.

They have a lot more child problems in their lives if that’s their whining I guarantee you. Man up or go back home to mama, and don’t forget to wipe your mouth crybaby.

I think we will be seeing Luck on a high profile panel or booth soon. Very bright and well spoken guy. Not many guys have an Engineering degree from Stanford. He will be in demand by many organizations, networks.

Interesting that his Dad , Oliver (an ex QB) is the commissioner of the XFL.

I predicted a lacklustre game on an NFL talk site in fact. I was hoping to be wrong.

When this game was announced in Chicago, I dreaded the prospect but here we are.

The damn NFL can’t get it right all too often for the first game. Certain teams with great defences ought not be included and Sunday is only three days later, but oh no they insist on the likes of the Steelers, Ravens, Bears, and Packers because you know, Aaron Rodgers can do no wrong! :

Bingo, if this was a CFL opener the CFL would be “bush league” “2nd or worse tier” you name it. Hey I can appreciate a low scoring drawn-out sort of game but no question, “major leagues or soccer” can get away with it, CFL can’t so it seems.