Let me start by saying this topic is to discuss the new NFL season. If all you wanna do is criticize the league and say how the CFL is so much better, I suggest you create your own topic.

We open with a Super Bowl rematch, sans Peyton Manning. The Broncos still have their great D and are playing at home, but I still like the Panthers to get revenge in a low scoring game.

New England lost Tom Brady for four games, but I think they'll get through it relatively unscathed. They lucked out with an incredibly easy schedule.

@Arizona, Miami, Houston, and Buffalo. Worst case, I see them going 3-1, the single loss being against Arizona.

We also have the Giants in Dallas sans Romo. Injured again. I'm taking the Giants.

What are your thoughts on opening week?

The NFL brought in a new rule. Touchbacks put the offence at the 25 instead of the 20. So far it hasn't had an impact in tonight's game. Lotta touchbacks. Might take a couple weeks to have an impact.

What a breath of fresh air in this first game! So well played. Don't even notice the officials. For a lot of reasons the difference is noticeable. CFL has to get rid the challenges.

Tight game. Carolina lost because of poor timeout management. Denver called a timeout that sealed the victory. Without that timeout, Panthers win.

Glad to see the NFL's concussion protocol is working. Cam Newton had his brains scrambled on several hits to the head, only one of which was flagged. Didn't have to undergo tests until after the game was over. Watching the replays really does make me worry about the future of football. I certainly wouldn't want this happening to my kid.

Today is the day where most teams kick off their season. What an exciting time of year

Hopefully my Bills can pull off a bit of an upset in Baltimore today. Can only watch the first quarter though then off to TO I go to cheer on my Cats.

Today is the day where most teams kick off their season. What an exciting time of year

Looking forward to more of the NFL - my team is the NY Jets who lost 23-22 to the Bengals.

I certainly wouldn't want this happening to my kid.

Well I hate to tell you, but if your kid plays QB and scrambles then it is 100% likely gonna happen.
It's football. Honestly this is the reason why I respect the great legend pocket passers, who threw with a quick release and had a cannon for an arm. They did not need to scramble, because they knew how to play the pocket and step up to make a play. I would like to make a point, that most mobile heavy QB's have shorter careers. Now obviously that statement is bold and there are always variables, however a good pocket QB with a great offensive line can make miracles happen over the course of many seasons.

Looking forward to more of the NFL - my team is the NY Jets who lost 23-22 to the Bengals.

That was a good game. Yesterday had lots of excitement. Some good upsets: Tampa over Atlanta, Oakland over New Orleans. Detroit held on against Indy. We had some offensive games (Detroit and Indy going 39-35), we had some good defensive battles (Seattle over Miami 12-10). It was a good mix of games. We only had one blowout, Philly over Cleveland 29-10, but it's Cleveland. lol

Tirico left ESPN and signed with NBC in the spring. Originally he was supposed to be doing the Thursday games NBC will be doing later in the season but the NFL said they wanted Al Michaels on those. So for now he's doing Notre Dame home games on NBC.

Presumably NBC has him lined up to be Al Michaels replacement for SNF. Michaels turns 72 in November.

As for MNF - I've always liked Sean McDonough as a play-by-play guy. So glad he's got the gig. Always enjoyed NCAA football games he did the last few years and even liked him way back when he was a young 30 year old rising star with CBS and was the play-by-play guy on TV for the two Jays World Series wins in 1992 and 1993.

I think it is going to be a very long season as a Bills fan. A couple of 75+ yard bombs and a fumble recovery returned about 50 yards for a touchdown gave us fans some exciting moments - but the Jets tore them apart. Moving up and down the field all night seemingly at will. Multiple players wiith over 100 yard games (a couple of receivers and a rusher).

And the Bills screwed up AGAIN their clock management late in the game, wasting a timeout and letting over 25 seconds run off the clock so that they could not get another play off before the two minute warning. Otherwise they may have gotten the ball back with 40 seconds or more still on the clock - instead of 10 seconds.

Rex Ryan just has not impressed me as coach since they brought him in. His Jets teams struggled his last couple of years there and now it looks like a second season with him as head coach is going nowhere for the Bills.

Rex Ryan just has not impressed me as coach since they brought him in. His Jets teams struggled his last couple of years there and now it looks like a second season with him as head coach is going nowhere for the Bills.

He's always been a good defensive coach but has the same track record everywhere of neglecting his offense. He would make a good d coordinator but clearly isn't head coach material

Good riddance! Mike Tirico does not compare to Sean McDonough no doubt!

And the NFL rightfully stuffed Comcast's proposal to have him stand in for some games for Al Michaels of NBC, who is nearing retiremement. Tirico is that bad overall.

He's fine for the Olympics and the like, but he was always awful on play-by-play as he inserted his glib statements on any given non-football matters so as to carry Disney and ESPN's water. What a puppet and good riddance!

Jay Cutler continues to suck. Poor Chicago fans. When was the last time they had a competent QB? At least they aren’t still starting Rex Grossman. lol 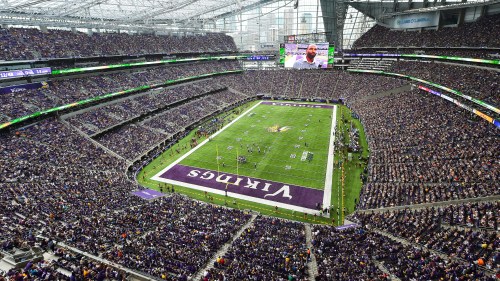 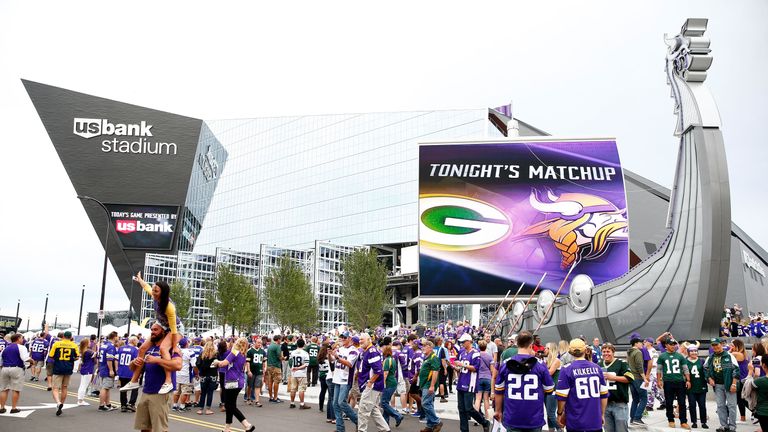