Roy asked me to post this here to let Bomber fans know his latest team history book is out now. 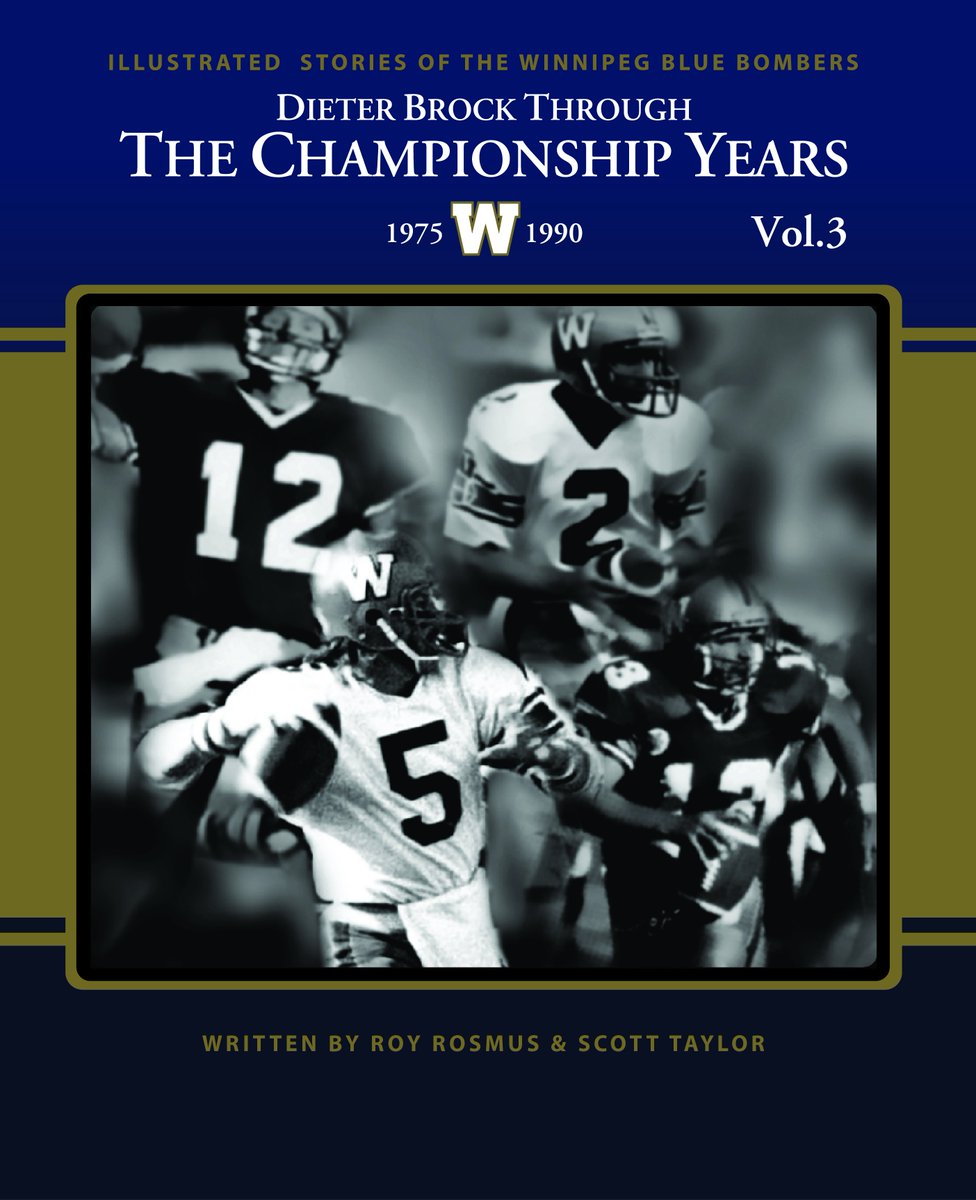 Available for purchase at these Winnipeg retail outlets:

Hoping the Wally Gabler era story is next.

Lots of good things about the Bombers back in the seventies. Possibly the best era ever or is that the current edition?

Looking forward to getting the book. A perfect christmas gift for the Bomber fan.

Roy’s books are really good - especially the historical photographs but they’re generally sugar-coated and lack any bite or real criticism of those involved in the various eras.

Bob Irving’s book on the bombers 75th anniversary was basically a glorified shoeshine job, albeit nice photography and solid editing.

Same with Jack Matheson’s record LP from around 1984

Vince Leah put out the first real book on the Bombers around 1972 in small paperback form but it was basically a fact-jammed book that avoided anything resembling pure criticism. Even back then Vince knew that a critical eye could easily result in his job being withdrawn by a black-eyed board member or GM that didn’t take kindly to negative (albeit honest) thoughts.

Another bomber book thats escaped the hands of time was put out in near mimeograph form in 1977 or thereabouts by a guy named Dave Spector. Its hard to find but out there. Again, mostly positive shine!

The only book that I can think of that criticized various eras of bad bomber behaviour was Gerry James “Kid Dynamite”. James had real issues with the bombers over the years and wasn’t hesitant to document them. Mostly though problems in the 50s & 60s but the odd criticism of the organization post-60s.

Rufus Crawford also penned a little diddy called “Road-Runner” but he was mostly a Ticat - til traded to the Bombers in the early 80s and served out his pro time as an unproductive hobo.

The #1 pick covered more than just the Bombers but I found Allan’s books contain more specific details about the team in those years than all the rest that have followed. As far as the ol’ Winnipeg scribes, he was in a class of his own.

#1) “Grey Cup Or Bust” / “Grey Cup Cavalcade” / “Football Today & Yesteryear” / “Football Flashbacks” Tony Allan 1954-1961
These were all the same book, simply revised with additional chapters as the seasons rolled on.

Actually got me turned onto poetry - and I abhorred poetry, most literature, shakespeare, et al til my late 20s, early 30s. . . . . actually main reason I opened (and closed) 6 bookshops

but I somehow conjured up another copy and won’t sell this cherished prize!!!

One other interesting CFL tome that rarely makes it onto favorite lists is “PLASTIC ORGASM” by Laverne Barnes, wife of former BC Lion Emery Barnes. Its a must-read just for the sheer silliness and pettiness Ms. Barnes displays for both her ex-hubby and the entire league.

I attended one of her readings at the U of M in the mid 70s and she was quite the character. I asked her a tough question and she looked at me with a bit of steam coming out of her eyes and said “You’re Beautiful!”… little did I know at 21 or so she meant I was a monster!!! lol