NBA pushing for legalized gambling where they keep 1% of bets

The NBA is pushing for legalized sports gambling according to some testimony in New York State where they would like to receive something like 1% of bets made on their games. 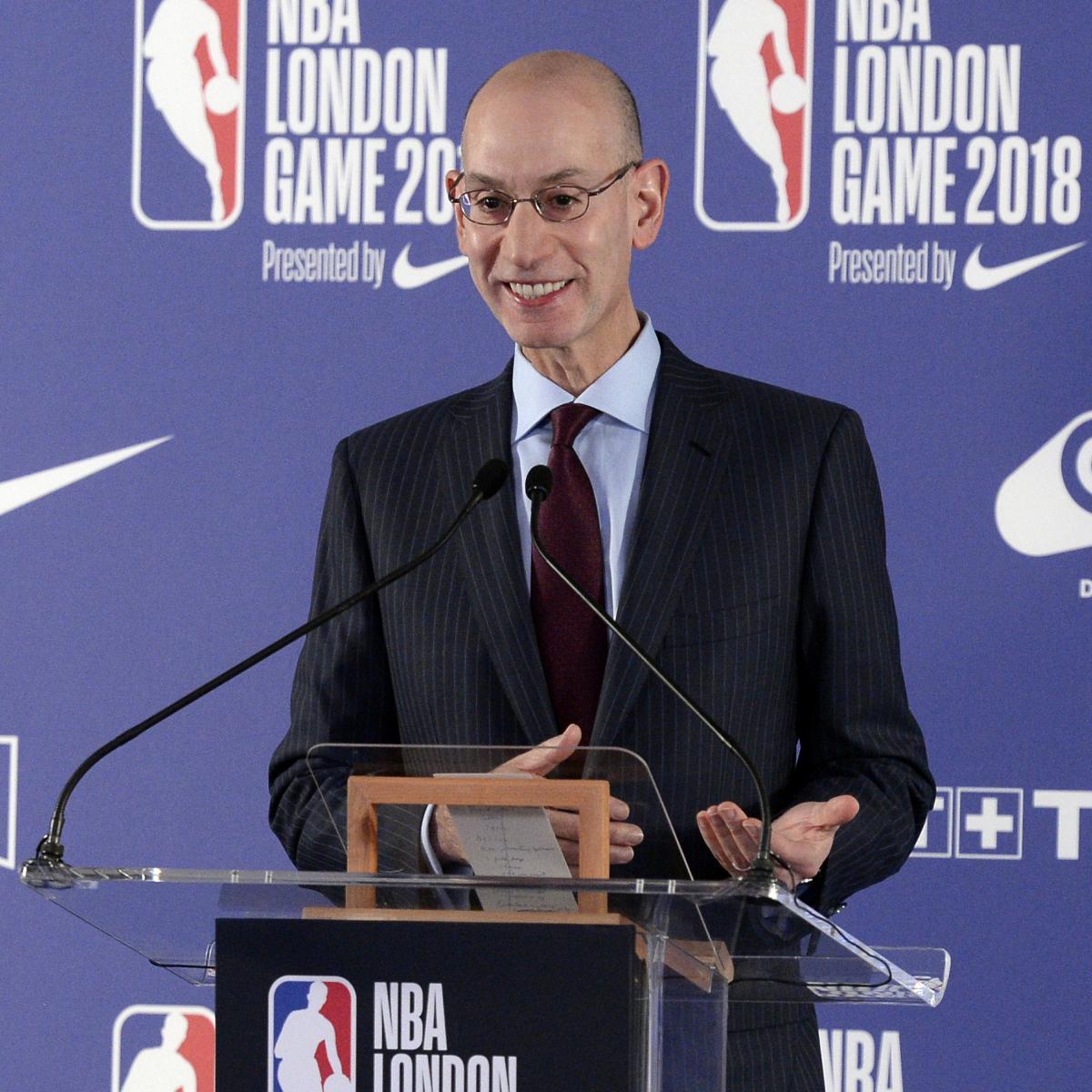 The NBA would seek 1 percent of every legal bet made on its games in order to formally embrace sports betting, according to an attorney representing the league...

The[url=http://bleacherreport.com/nba]NBA[/url]would seek 1 percent of every legal bet made on its games in order to formally embrace sports betting, according to an attorney representing the league.

The league would be willing to build an official relationship with the betting industry.

The 1 percent fee on bets is one of multiple conditions the NBA is seeking. The league would also want betting to become more easily accessible for fans, with features such as smartphone capabilities or specially designated betting kiosks.

Can you imagine if something like this became reality how much the NFL would make off gambling? Apparently the MGM Grand in Las Vegas reports that there is one bet on the Super Bowl alone for 'multi-million' dollars - a bet on the underdog Eagles for the Super Bowl.

This is a recent change in direction for the NBA who for the longest time would not allow the OLG (Ontario Lottery and Gaming) to include NBA games on Pro-Line - but changed that stance in 2016 so NBA games are now on Pro-Line.

Pro sports teams want to implement a ‘tax’ where the taxpayer will pay civil servants to collect this new ‘tax’ and distribute it back to the teams?

Is that what I’m reading? Or will it be like how teams handle a ‘stadium improvement fee’ and there is no civic or provincial or federal government involvement?

If sports gambling becomes legalized and mainstream, that means it becomes regulated - which in turn means the government collects the ‘fees’ or ‘taxes’ via the regulation processes they put into place. Looking at this initially - it stinks for the taxpayer, because the taxpayer will be paying for ALL the admin fees and expenses and staffing costs etc -while the sports teams reap ALL of the 1% gross profits - but incur no expenses.

The above would be a very bad deal for the taxpayer. So yup, they’ll likely vote for it.

Okay everybody, it will be a long time coming before this happens and if this gains traction any closer to reality rather than click-bait, I'll tell you right now that the US Congress will get involved let alone any given state gaming regulator.

Why? Look at the perverse incentives and conflicts of interest here! That's why.

1% may seem like a small amount for any given matter, but 1% of the legal handle is a very large sum in any given book.

Now of course there has been nothing to stop ownership interests by any given owners of professional sports teams in various gaming interests, such as for example for years now by Bob Kraft and by Jerry Jones of the NFL.

But direct ownership and stakes by leagues?

Unless most people don't care about perverse non-sports incentives such that the NBA will be more akin to the WWE that it is already, well that's what the NBA will turn into post-Lebron.

I can't wait for Lebron, the de facto commissioner of the NBA given the lame likes of Silver worse than even his mentor Stern, to just go already so that the NBA can redefine itself without consideration to his arrogance well on display since even before The Decision.