Just my opinion.
Frankly I think this game is far more important than the Winnipeg games (I know all games are important)
But here’s the thing, my gut tells me after looking over Montreal and the mind set of that team right now (Reborn come back team)…they will come in here as fired up or more then Winnipeg was in the Banjo Bowl.
Being this game is built up as a kind of ‘post wake up call’ from the total spanking in all 3 phases by Winnipeg, a decisive win against Montreal will be expected (and hoped for).
Make no mistake, imo the Riders played below what is necessary to be a real contender in both Winnipeg games.
If the Riders play like they have the last 2 games, they’ll be looking at 2 losses in a row when all fans believe they are better then that and that ugly feeling will rise back again.
I know a loss will not end the season, but that is how it begins.
We’ll see on Saturday.
You feel they just gotta win this one in “Their Own House”!
Go Riders Go

Als have a great D. It will be interesting

Lay it all out there…bye coming to recover

I’m hoping the lose was a wake up call, that they can be beat!! I hope we see a woke up team and come to play they way they can, this will be a good test!!

Writers are giving predictions of only 50/50 and Vegas at -7.5 for Rider win.
Seems a victory prediction against Montreal is hard to get behind for the writers.
A couple of intangible factors: Riders Defense havn’t played against Veron Adams jr. this year.
Also the last game against Montreal was called early for Bad Weather giving Riders the win is still stinking in the minds of the Als.
Going to be a very tough win for the Riders and will require all phases to play very aggressive with NO STUPID PENALTIES>
Go Riders

Writers are giving predictions of only 50/50 and Vegas at -7.5 for Rider win.
Seems a victory prediction against Montreal is hard to get behind for the writers.
A couple of intangible factors: Riders Defense havn’t played against Veron Adams jr. this year.
Also the last game against Montreal was called early for Bad Weather giving Riders the win is still stinking in the minds of the Als.
Going to be a very tough win for the Riders and will require all phases to play very aggressive with NO STUPID PENALTIES>
Go Riders

Also, Als have an oft overlooked D. Their stats have been beaten up a bit from a few games that they were left on the field way too much when the O was having issues with the QB injuries. They are statistically middle of the pack, but are capable of putting up top few games.

Hughes on the 1 game IR 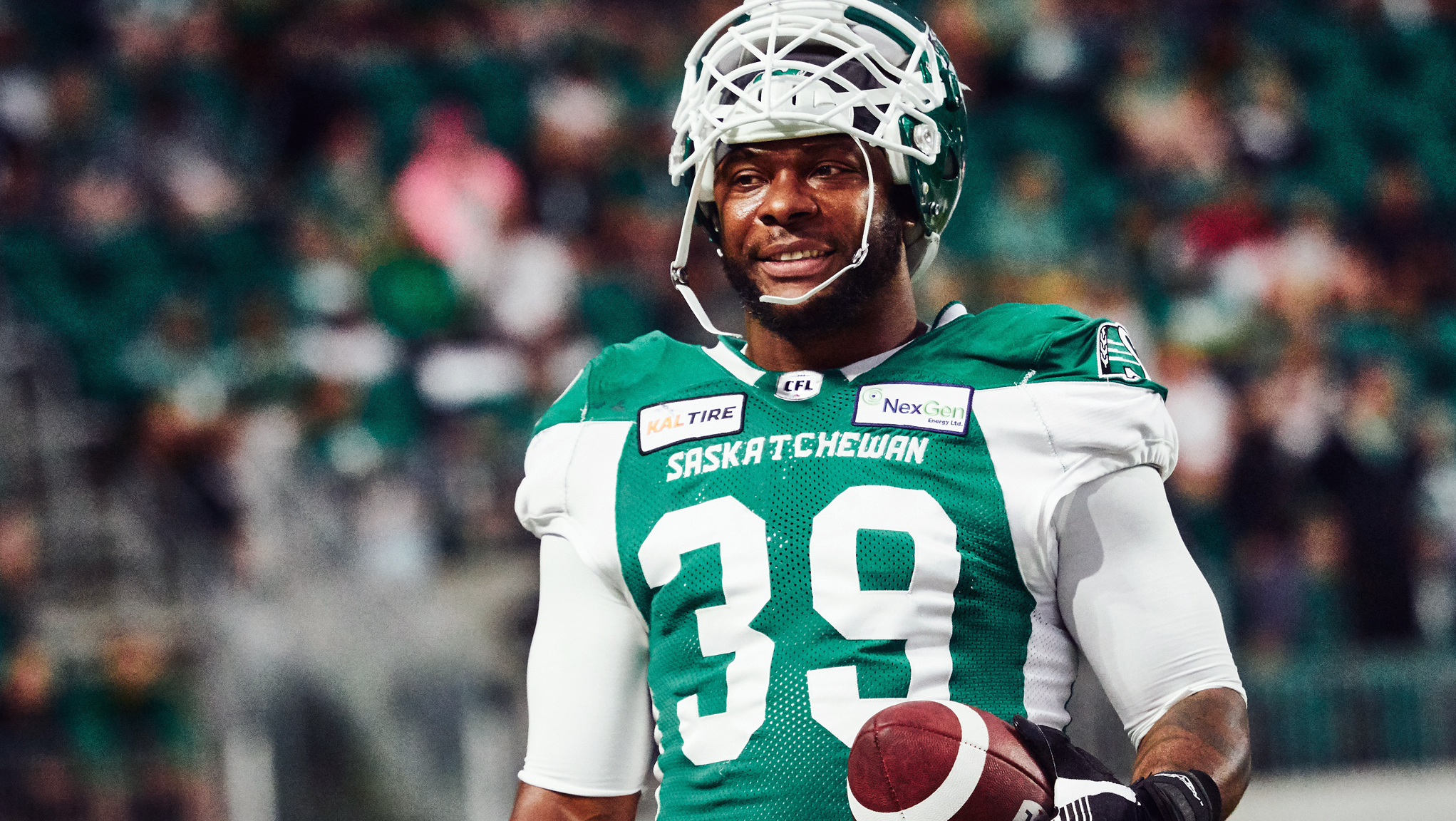 The Saskatchewan Roughriders will be without defensive lineman Charleston Hughes for their Week 14 game against the Montreal Alouettes.

It would be nice to see Micah Johnson have a breakout game now.

It would be nice to see Micah Johnson have a breakout game now.

Well it’s going to be needed, as well as the rest of the D if we’re going to win this one.
Montreal Defense, as has been said, in very much under-rated and allowed very few points last time the Riders faced them.
Will McAdoo offense schemes be successful today is the question.

Happy for Lauther…that was “clutch.” Montreal came to play tonight…I thought their defence was impressive, and gave our offence all they could handle…to be honest I was not so impressed with our defensive backfield. Regardless, that was a hard fought win, against a good team (somewhat under-rated IMHO).

The offense got it done when they needed but the game was closer than it should have been.

2 games in a row the defence has given up the deep ball.

Still a clutch win to build on in the home stretch of the season. The west could see 3 teams tied in the end

Micah J. I thought stepped up (finally) tonight. It could just be that he’s overshadowed by Hughes on the d line. Our offense is clutch. Not perfect by any means but once again they pull through against a playoff calibre team.

Montreal’s turned into a far better team this year than most people thought they would be, and Fajardo still has some learning to do, but he’s coming along just fine, they need to protect him more, more quick passes over the middle, like calvillo used to do. Get rid of the ball.quick.

I agree with the statements, the game was much closer then I thought it should be. I felt the Riders should have dominated and the Defensive backs were the sh–s.
Hard fought game but in the end the Riders in many respects were lucky to get away with a couple points victory.
I keep feeling the Riders should be playing far more dominating then they have been the last few games.
If its that difficult to beat a team of Montreals caliber then the playoffs will be quite disapointing.
Good tough win but not what I was hoping to see after the Winnipeg spanking.
Yes Hughes wasn’t playing and it showed on the Defense, but one man shouldn’t make that kind of difference on a truly solid Defense…Was it the schemes by Shivers??

Calgary was lucky to win their game also!

Montreal is a good team…they beat the Cats and also the Stamps in Calgary.

Riders got some luck breaks, but so did the Als….ie fumbling a kick return, a Rider (Teitz??) landing on it and not recovering.

I am not sure Hughes not being there had the impact it appeared at face value. They sat him to give him a vet game against a QB they knew they were going to pressure less. You didn’t see much for blitzing or anything…they wanted him in the pocket. in the secondary, they were doing a lot of zone-over. The combination of reducing pressure and a lesser experienced QB seeing that transition can create some poor decisions. The problem is that the Riders don’t run this D a lot, and it showed, with the over transition guy missing reads. This is not lack of talent or skill…but a matter of needing time and reps to sort it out. I think that implementing it so heavily was interesting and very strategic…they now the whole bye week to break down that film and learn from the scheme and it gives them a lot more diversity moving forward that other teams will have to know is in the books for them. This is something that can be mixed in now and confuse teams a bit more.

Thanks for the insight on the defensive scheme, explains why the DBs seemed to have had a “rough” outing. Understandable.