Hamilton should give Andy Fantuz a position as a receivers coach. Hes a great ambassador to the game, good personsonality and just had a baby and loves the area.

Good idea - he has a lot of knowledge to pass on.

Do we have room on our new coaches salary cap?

I'd still take him as a receiver first and foremost.

Love to see it. First thing he'd have to do is hit them all up the side of the head with a board tho (except Luke). Last night it looked like none of them wanted to get a reception for fear of being tackled. Banks has watched too much soccer.
Maybe he should write a book - How to catch a pass in the CFL for Idiots. Wrong routes, giving up route when not the primary receiver, them guys needs the board to the head.

Looked like Lawrence #85 was our best guy last night. Tasker was missed and is a difference-maker.

Fantuz has the knowledge, experience and credibility to be an asset to this group.

According to an article I read today part of the decision to retire was made when he and his wife saw what happened to Ricky Ray just before their daughter was born. 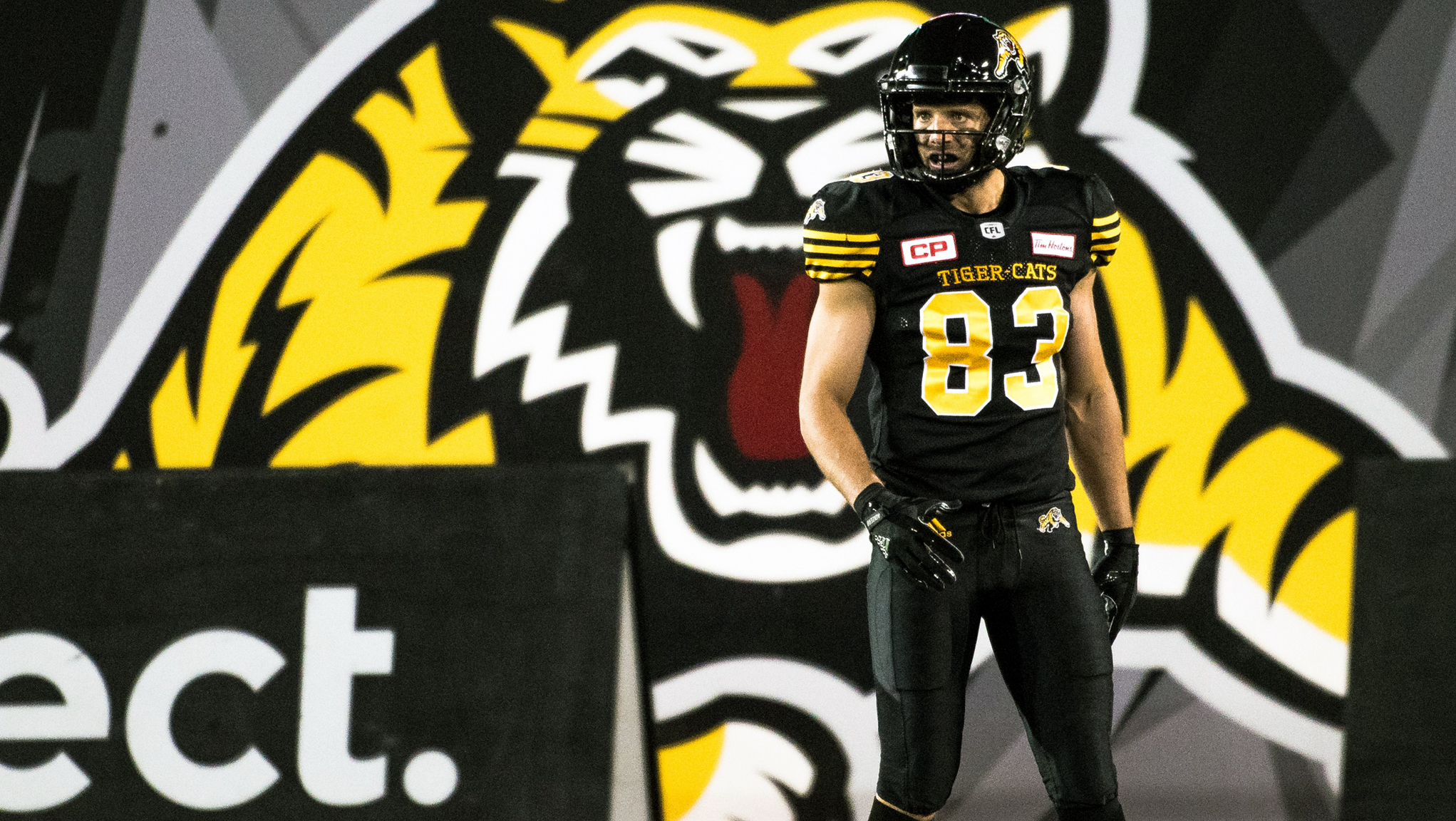 O'Leary: Retired Fantuz ready for the next stage in life - CFL.ca

For Andy Fantuz, football has been his life for the last 12 years. But on Thursday night, after announcing his retirement, he took in the Ticats-Riders game as a fan.

Fantuz was actually at a hospital that night with his wife, Amanda, who was getting to the any-day-now point of her pregnancy. She stood in the background of Fantuz’s press conference on Thursday night, holding three-week-old Abigail while Andy spoke. “We were sort of getting toward this decision…when Ricky kind of went down a few weeks ago,? he said of Argos QB[url=https://www.cfl.ca/players/ricky-ray/80458/]Ricky Ray[/url]. It forced him to take stock of himself and his career. He was, all things considered, healthy, coming back last year from a torn ACL. He’d won, left his mark on the game and a new chapter in his life was about to start. “We just looked at each other and we knew. This was it, this is going to be it.?

He’s working in the health and fitness industry with young athletes, but wants football to be a part of his life. He worked briefly with the Ticats as player development coordinator while he rehabbed his ACL injury last year. “I think I’ve been growing as a coach even when I was a player, throughout my whole career,? Fantuz said. “I’ve always thought, learn as much as you can from the people around you and learn well enough so you can teach it. That’s kind of how I live my life, is to try to lead by example the best I can. “That opportunity last year was great to step back and help the team grow. It’s something I would be interested in. Right now I’m enjoying these few months, kind of stepping back a little bit from the intense pro professional level, but who knows? In a week, a month, or a year that might change.?