The thread title may not apply to the actual venue situation that the teams will have to accomodate. Hopefully we are talking about a Labour Day Classic in The Hammer.

The return of Zach Collaros would be a huge factor in opening up the playbook. Hopefully he will be fit to go at game time and Toronto is going to have to buckle up in front of a Tigertown crowd that has been starving for a real home game for close to two years. 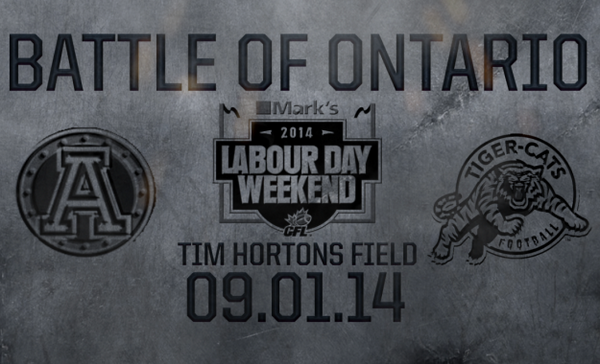 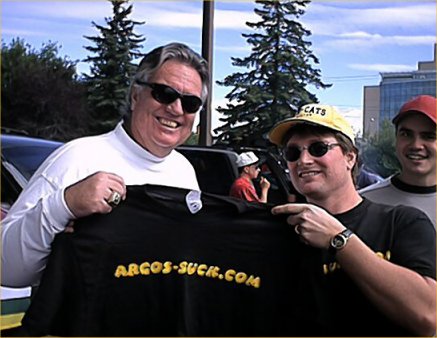 That pretty much sums it up! :thup:

Hamilton, Toronto and “Argos Suck?: History and Rivalry *Warning, this is a serious research paper with references and it’s 15 pages long. You can access a pdf version here for printing and bedtime reading.

During the 2004 Grey Cup playoffs, a controversy erupted in Hamilton and quickly spread across the nation regarding the appropriateness of the phrase “Argos Suck!? It all started when freshman owner and expatriate Hamiltonian Bob Young abruptly forbid employees of the Tiger-Cat organization from partaking in the chant.[1] Mr. Young then proceeded to leave the terra firma of the businessman’s prerogative and entered onto the much shakier ground of censorship and big brother-ism by campaigning with both carrot and stick to extinguish the “Argos Suck!? chant among fans as well. In due course, $1,000 was plucked from deep, deep pockets and offered to the person who came up with the nicest, most polite, non-offensive, good-natured replacement cheer, while those who previously enjoyed bellowing “Argos Suck!? were castigated as “crude? purveyors of “bathroom humour.?[2] However, it was the insinuation emanating from Mr. Young that there was a direct correlation between the now-forbidden chant and drunken fan violence that finally stirred the board of directors of http://www.argos-suck.com into action.[3] Via the Globe and Mail, the FAN radio network, CH News and many other media outlets, http://www.argos-suck.com leapt to the defense of the millions of decent and semi-decent Canadians whose only crime was an affinity for a chant expressing not just humour and good sportsmanship, but also a deep sense of history and culture.

Incredibly, support for “Argos Suck!? began to pour in from coast to coast. Fans across Canada posted missives on http://www.ticats.ca praising the chant and its adherents. Even Argo fans, sensing their witty riposte of “Ticats Suck!? (that they made up all by themselves!) could easily be next on the chopping block, came to the defence of the beleaguered cheer. Former Tiger-Cat players waxed nostalgic about the many Hamilton-Toronto matchups at Ivor Wynne Stadium where the “Argos Suck!? chant reigned down on the boatmen so furiously that it had a palpable effect on the outcome of the game. Even the head coach of the Argos publicly stated that Hamilton just wouldn’t be Hamilton without its unique chant. By the spring of 2005, a sheepish-sounding Bob Young told the Hamilton Spectator that the $1,000 was still unclaimed, and that the whole anti-chant campaign had not only been a flop, but also a wholly unproductive public relations move.[4]

A very nice addition to the LDC

The CF-18 flypast for LDC will be flown by Major Tim "Donor" Woods, a Dundas native, now serving with 425 Squadron Bagotville.

ITS A BEAUTIFUL THING!!! 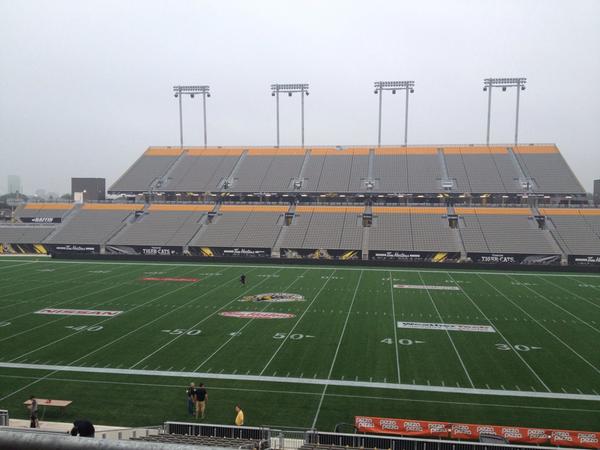 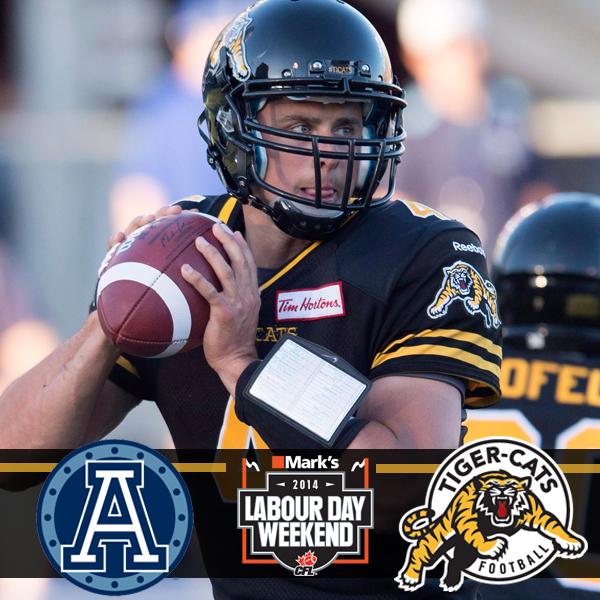 This is a great video. It's more than 13 minutes long, but well worth it.

This is a historic day for our club to seize!

Battle of the Golden Horseshoe?

The CF-18 flypast for LDC will be flown by Major Tim "Donor" Woods, a Dundas native, now serving with 425 Squadron Bagotville.

So an Alouette is doing the flypast for the LDC between the Ticats and Arghos? Is the aircraft going to be painted red and black?

Battle of the Golden Horseshoe?

I think some artistic license is permitted at this point given the historical length of the Hamilton-Toronto rivalry. I hope the Montreal-Ottawa tilts can get some traction in the mutual hostility department so our Ottawa bretheren won't feel as left out on these holiday gridiron weekends. I can't wait for BC-Halifax/Moncton/wherever when it gets going... "The Bookend Bowl" etc.

If we only get one more win this season…today better be the day we get it!!! :rockin:
THF needs an entry in the win column to start this new chapter in Tiger-Cat football history.