The Brandon Browner School of Defence:

Learn the language before your kids do...

Not too surprising they'd rely on him for that. He did kick a game-winning FG a few years ago, as you can see here: http://en.wikipedia.org/wiki/Ben_Cahoon

Hope this game between the league's two best teams in the standings will keep getting better. This is being broadcast on the NFL Network.

And I saw that sack attack by Bekasiak. Not bad for an offensive lineman, huh? (Still don't understand that experiment.)

Seems like a Mike Gibson play is being reviewed by two judges...

Apparently there will be substitutions in Montreal's secondary in the second half:

Good evening, and it is a good evening for those who want to see the Als get beat and look beatable. Too bad they never seem to be that way against us, though we seemed to beat ourselves those games.

Looking forward to the 2nd half.

Jim Popp has made a call to his super scout to locate an emergency kicker in a pinch: 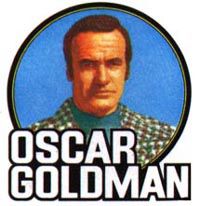 Cahoon to attempt FGs? I know he made one from 22, as you may have seen in that Wikipedia article on him.

And you can see that FG here: http://www.youtube.com/watch?v=NoPHuQsdGzE

And here are that game stats from that game: http://cfl.ca/statistics/statsGame/id/227

You'll see that Marcus Brady had to punt then as well.

And Estelle bounced off Lewis, leading to Lewis getting TD?!

WOW.. is Calgary that good tonight.. or is Montreal tossing a stinker??

Meanwhile, the Bomber fans are busy fact-finding for their "East crossover" fantasy:

But Lewis can hit, as Moreno found out here: http://www.youtube.com/watch?v=VZ2yVXnZB9c