I am picking the Argos to win 22 -18 officially ending the Dane Evans experiment. Ah what a relief.

I stand firmly with my prediction that before the end of the season that the following players will no longer be starting:

Richard Leonard has really stepped up and is playing much better under Ron Washington’s offence. If he can get through the 3 games out west with decent performances then he deserves to start.
Frankie Williams and Rolle have really stepoed up and Brooks has played his usual all-star performance. Delvin Breaux shockingly had one bad game vs sask and WR Evans but I think he is still as good as there is at short side corner.

David Dean, Acklin and Wynn have really amped up their games . Look for Ungerer to get more touches as well as Marshall. In 10 games now I don’t think Tuggle has made one big play…no big hits , sacks , tackles for a loss. He seems out of position and very easily fooled going right when the play is going left. He is mostly seen coming into the scene after the player has been tackled. We meed a new MLB. Tuggle’s 10 game audition gets a grade of D.
All other defenders get a positive grade.

I can see Brooks, Adeleke, Rolle, Davis , Wynn and Lawrence getting strong consideration for Eastern All Star. Breaux would be an all-star as well had he not been put on the 6 game injury list.

Richard Leonard has really stepped up and is playing much better under Ron Washington's offence.

2 strikeouts in one sentence there, GentleBen !! :

Don’t be so harsh. You guys know full well he meant to say Ron Lancaster. Ronald Washington (born April 29, 1952) is an American former professional baseball shortstop. He played Major League Baseball (MLB) for the Los Angeles Dodgers, Minnesota Twins, Baltimore Orioles, Cleveland Indians, and Houston Astros. Washington is currently the third base coach for the Atlanta Braves. He is also the former manager of the Texas Rangers, whom he took to the World Series in 2010 and 2011. Prior to managing the Rangers, Washington coached in the New York Mets and Oakland Athle... 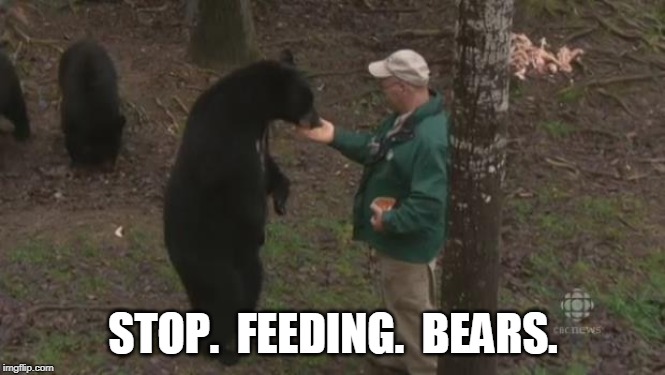 Who knew after 10 vows to quit the site and 5 usernames later…he was serious.

Hey I feel Gerbears pain. I felt the same way about Masoli. In the CFL your stuck with who you got sometimes.

As long as we win on the field, I’m happy to read Gerbear, Garney and whoever else…

Hopefully Masoli’s back soon, and I can remind you what a great back up he is!?

1 fight high in the stands

2 fights on the field

Gazing into my crystal ball and it’s saying a final score of 24-18 . No need to say for who . The game is closer than one would think but no worries here , as long as Chuckles Chamblin is still HC trust me he’ll find a way to screw things up for his team . The guy is simply put one of the all-time most pathetic sorry excuses for a head coach that this league has ever seen .

Dane Evans throws for 2 tds . One to Acklin and one to Banks . Frankie Williams chips in with his 3rd punt return TD on the season and Haj finishes off the scoring with a fg .

After the game a certain poster (no names mentioned of course because he has too many of them) will post about how Evans stunk because he didn’t throw for 3 tds and only managed a paltry 300 yds passing on the day . I’m not entirely sure on this but my crystal ball is also telling me that this poster will advocate getting Ricky Ray out of retirement as Evans replacement for the rest of the season .