That was effectively a tale of two games in one. That third down gamble by Austin late was gutsy because it worked...lol

Overall, a great effort to watch. We need to close out games far better when we have a team down!

Penalties are still an issue, but the overall aggressiveness of the defence was great. I haven"t seen a Cat D hammer an opposing QB like that in a long time.

Congrats to the Flying Wildcats and Paul Peterson.

How 'bout those Flying Wildcats!!!

The secondary is still a problem…Overall,the defence played pretty well and the pressure from the front 4 was impressive…

This game seemed like a test by the Cats, to see if they could win a game by only playing the first 3 quarters.

A lot of the excitement I had about the first 3 quarters was washed away by a very very bad 4th quarter clown show. If the O and D want to put on a clown show, shouldn't it be at halftime instead of the 4th quarter?

These get a big lead and stop trying games drive me insane.

GREAT game... I don't mind the Lions getting back in it, it just shows this team has the testicular fortitude and CAN close out a close game!!!!!

A "wild" ending to a "Wildcat" fight!!! Agree they almost let this one get away. The offense slowed down and I suspect that the D was getting a bit tired because they spent more time on the field for the last quarter and a half. But the D was good and aggressive! No one can say any more that our D can't stop the run!

Gable was GREAT as were Fantuz and Ellingson. Considering that we had more turnovers we were able to keep the West Coast kitties down for the most part.

BC outscored Hamilton in the 4th quarter, 21-3

Rico Murray for PM! Kept shutting down Arceneaux right in front of us.

Rico Murray for PM! Kept shutting down Arceneaux right in front of us. 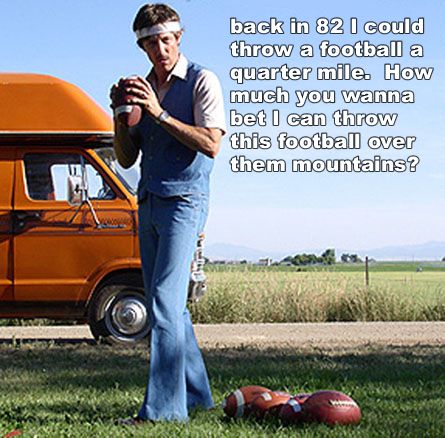 Great to see the team improving every week. Great to see we are bringing in young talent and they are playing the game with an aggressively. They seem to be learning from mistakes of the past. Now they need to learn how to close games out. I hate it when they let a team back in the game.

I will have to watch the game again ( on T.V.) to be sure but IMHO it didn't look like the Flying WildCats' let up in the 4th.
I thought they played hard all the way. Two mistakes on offence hurt us. But I thought that B.C. made some great
plays . Lulay got absolutely pounded all day but he may have played his best game since B.C. won the Cup two years ago.
I thought Moore made some spectacular grabs. We just played two games against the team that has won the west the last
two seasons and are capable of doing it this year as well. The Lions are a confident team that knows how to win. The Flying WildCats gave them everything they could handle and more. This team is improving and at times look very powerful.
On to the next challenge . Calgary!

It was great to see the Flying Wildcats aka Tiger-Cats come out and beat BC yesterday in Guelph, I didn't see head coach of BC Mike Benevitis Pump his Arm at all so I know there wasn't much for BC to celebrate, we almost opened the back door though when C.J. Gable fumbled an that lead to the Lions come back in the game, it should have been much more of a convincing victory for the Flying Wildcats. The team needs to really work on playing a solid game from start to finnish and not allowing bad breaks to hurt the momentum of the team. The Cats are young and hopefully will correct that in their play, especially when playing a good team that can climb back in a game in a hurry.

Good game by the Flying Wildcat defense, they were hungry and it showed, I think Lulay is feeling the pain today after that game from all the hits.

I'm thinking the game ball goes to one of two players: Simoni Lawrence or Rico Murray. Lawrence seemed to be all over the field, at least when he wasn't all over Lulay. And Murray pretty much shut down Arceneaux, limiting him to one catch all game. Kudos to both players.

My thoughts on teh BC game :

Great preperation on D and O .
Love to see guys like Peter D and Hage downield on screen plays etc
Burris was hot and good play selection .
Liked the toronto sun article where BANKS goes on how good , young and phytsical the cats are as well as the Burris /Auston offence with motion
loved Gable today .love his blocking and hsi moves and jumps
ellingson was great again
fantuz was steady
loved the dline again andlove the stunts on D with 2 linebackers almost alwasy coming and they all get there in a hurry. good coverage downfield by db's as well especially murray , davis , mccolough ..webb was better today as was stephen..
lawrence was all over the place and isacc is a force ..they both have to watch the penalties
norwood is getting better each week and shows great speed and a great spin move
scott looked great too filling in for BB
I HOPE Gigure gets back soon
Moore didn't looks so great today ..hope he can put it together ..

a great team effort with a offensive lapse in the 4th quarter ..i think its tough to play wth a 34-8 lead with 5 minutes to go in the 3rd though ...

i still think we could use a better kick returner and maybe a deep threat but things are coming together well
guys like Ellingson , Gable , Norwood, Lawrence , Murray are looking like great finds ....

Buck Perice has been traded to BC for a none import receiver. :cowboy: