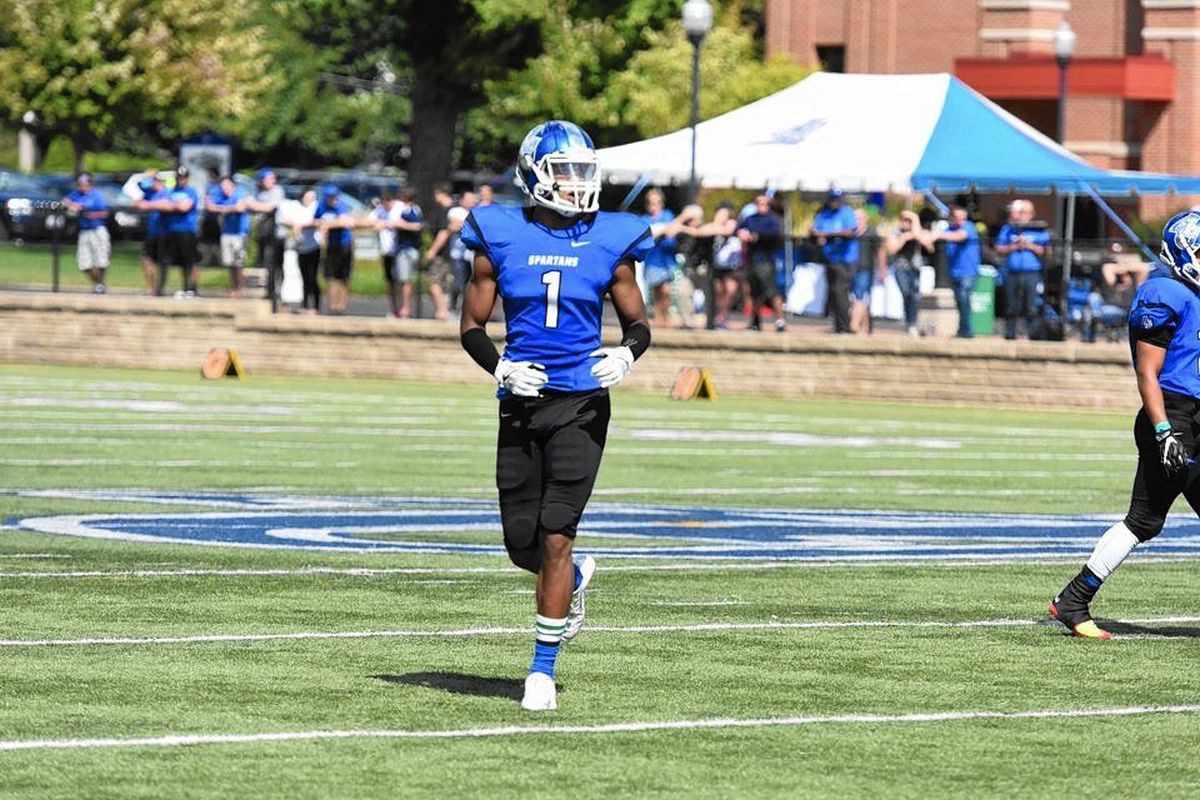 Armstrong: Hard not to like NFL long shot Justin Gibbons of Aurora University

A 25-year-old defensive back for the Spartans, Justin Gibbons will be getting an NFL audition at Indianapolis Colts' rookie minicamp. 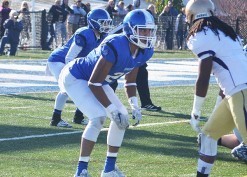 NFL Draft Diamonds has been providing our readers Prospect Interviews over the past 3 years and this year we mixed things up a bit. Our questions are designed to give our readers a little more insight on the draft eligible player. We hope to bring...

SANTA ANA (AP) — The sports agent who was the inspiration for the movie “Jerry Maguire” has filed for bankruptcy protection.Court records show Leigh Steinberg”s attorney fil…

Have to admit, I'm a sucker for a good underdog story, and the one Justin Gibbons is trying to author is a doozy.
Here's hoping he makes it happen — again.
We profiled Gibbons last fall after he came up with the play of the season for the Aurora University football team.
The 6-foot-3 Gibbons hurdled Benedictine's center on a game-tying, extra-point kick attempt in overtime. The 25-year-old defensive back timed it perfectly, made it over the line cleanly and blocked the kick to preserve a 28-27 win.
More importantly, it gave the Spartans a share of the conference title in coach Rick Ponx's third season.
That play won't be allowed next season.
"Around here, we call it the Justin Gibbons rule," Ponx said. "Now, I'm gonna have to get a speed guy who can get there from around the end, I guess."
The play got Gibbons notoriety when it was aired that night numerous times on ESPN. It may have had some influence, but the next step in the California native's Rudy-esque tale had already begun.
Gibbons received an invitation to a December all-star game known as the National Bowl in Florida, featuring seniors from FCS (formerly known as I-AA) and NCAA Division II and III schools.
Next came an invite to the Tropical Bowl, another all-star game that was a step up.
"Ninety-five percent of the players were from Division I programs with just a handful from D-II and D-III, like me," Gibbons said.
During the first practice, he had his moment of truth.
"It was a amazing getting to play against guys from Power Five conferences," Gibbons said. "It hit me when I looked at our center. He was from Penn State and he still had the Rose Bowl sticker on his helmet."
Gibbons had to remind himself he couldn't afford to be intimidated.
"I told myself, 'You're just as good as these kids are,'" he said.
At the Tropical Bowl, he was a teammate of Eastern Michigan lineman Cole Gardner of Batavia. Coming home, they began working out together at Acceleration Naperville.
Gibbons turned down a FCS scholarship to Sacramento State out of high school because he felt he was too small at 165 pounds.
He pursued track for one year, tore up his knee, took time off and was a junior college All-American in track before coming to Aurora with just two semesters of eligibility left, allowing him two seasons of football.
The all-star games led to workouts at Northwestern's pro day in front of more than 50 NFL scouts, Illinois State's pro day and a special invite to work out for the Bears.
Gibbons said he did well at Northwestern, but thought he "killed it" at Illinois State.
"There aren't many 6-3 cornerbacks who can run a 4.5 (40-yard dash) with a 35-inch vertical," he said.
The 210-pounder said talks with several NFL scouts led him to believe he might get drafted in the seventh round.
He didn't, but he signed as an undrafted free agent with the Indianapolis Colts.
Gibbons thinks he has a high ceiling.
Time will tell. He's already done something no AU football player has ever done by signing as an undrafted free agent. But he knows he's still very much an NFL long shot.
Taking it step by step, his next would be getting an invite to training camp. Only then will he entertain thoughts of making a 53-player roster.
If he doesn't, several Canadian Football League teams have already expressed interest, so his glass is half full.
Mine?
It is too, and with AU blue Kool-Aid in honor of Gibbons, I continue to sip.

Interesting prospect! Great height and speed. If he can play, he will interesting to watch.

Here is a video of that famous play:

Love this article. Hope this kid makes the crimson snide and adds to our league!

With that I'm evolving in my assessment of American import players. For many years, probably from age 15 to 35 I though imports had to be difference makers.

American imports have to be able to hold their own at their given positions. Shouldn't get beaten badly very often and should be able to make great plays on occasion - the better ones make their plays at more critical times.

Good import linemen are expected to dominate - both defensively and offensively - but most of them end up in stand-offs with opposing linemen with less lineage than they.

The good ones on offense know how to stave off critical pursuit - the mediocre ones are only capable of watching things go awry.

Talent is super important, yet - but execution of game plans, ability to stay on course when things look dismal is just as important.

Obviously the most important American position is quarterback. Ability to see our wide field - quality reads and progressions are half the battle - ability to disengage from pursuit almost as important, ability to make things happen on a significant portion of broken plays another big factor.

Attitude of an import, actually any player is as important, actually more important than ability - assuming theirs a solid modicum of ability in the player himself.

The biggest deficiency I've observed in 50 years of observation - too many players confirm receipt of coaching instructions without really knowing what they've agreed to. When things break down on the field they get blamed for doing the wrong thing. That's more a product of coaching ignorance than player weakness. The players are often too afraid of acknowledging they DON'T understand certain formations, adjustments, etc. A great coach will ferret this out before it happens (ie. Bill Bellichick) but the average to below average ones (Reinbold, Andrus, etc.) will sluff things off cuz its too much work to verify understanding. That's their downfall, why they can't win!

Lots of other things contribute to player and coaching theory but I'll leave it to others to pick up and run with the ball.

You know what I think. That signing probably comes from the database Miles Gorrell took with him. If you read one of the articles Ottawa was in contact with him.

You raise an interesting point.
I wonder how seriously teams take and protect their data bases when employees leave.
I know first hand how seriously and protective many private companies are on this but do you think Gorrell can just leave Ottawa with his files? I never really thought of it before.

You raise an interesting point.
I wonder how seriously teams take and protect their data bases when employees leave.
I know first hand how seriously and protective many private companies are on this but do you think Gorrell can just leave Ottawa with his files? I never really thought of it before.

Probably varies depending on many factors, from how the information is kept. A scout would have a copy of his own notes and work and when you factor how tribal the CFL is. Look at Jones leaving with an entire coaching staff... you also see players following coaches around. I don't think this is surprising.