Jerry Glanville - and refs: "NFL stands for 'Not For Long'"

I like Jerry Glanville. I like his frankness. He doesn't hold much back. He'll tell you what time it is. I wonder if he's mellowed a little or if he still plays refs like a fiddle.

I noticed the misspelled name (which is rare for me) but don’t understand the “Not For Long? reference. A comment on his age or on his coaching?

After 4 games, Glanvilles Defence is ranked 2nd in the League,
not bad for a 1st year rookie CFL Defensive Coordinator!

I think Glanville was the Head coach of the Falcons when the NFL Films crew caught an exchange between Glanville and a sideline official . Jerry disagreed with the zebra's call and suggested the official's job security would be NFL (not for long) if he continued making bad calls.

This guy has TiCats Defense written all over him! 8)
Ladies and gentlemen, Elvis is in the building! 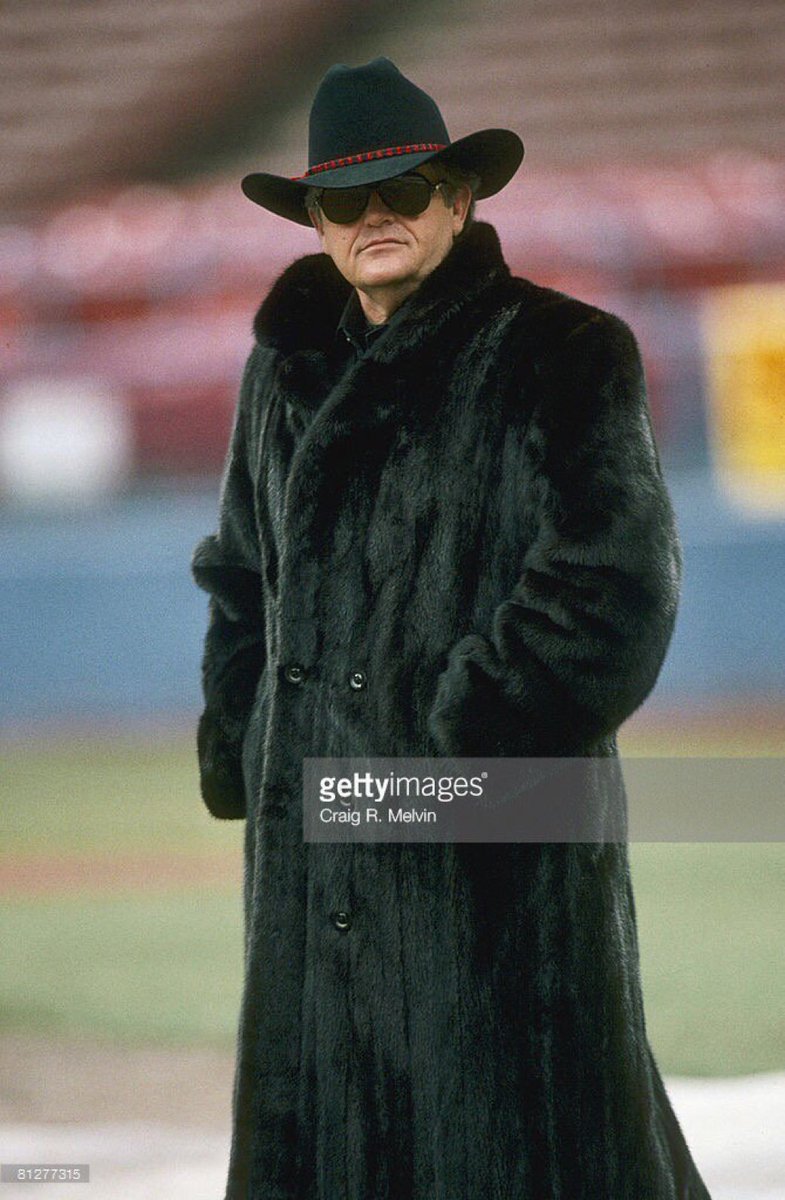 Good pic, Grover. He looks like the angel of death in that black mink! Except we need to shop that red thingy around his hat and change it’s colour to yellow!

After 4 games, Glanvilles Defence is ranked 2nd in the League,
not bad for a 1st year rookie CFL Defensive Coordinator!

Great find on that picture Grover. It brings to mind when Paul Weiler, the previous Pigskin Pete, wore a fur coat.

They were the best Pigskin Petes by far, followed next by Paul Weiler

I was pretty young when Bill was Pigskin Pete and although I was around when Vince was, I was not to far out of diapers when he handed the reigns over.