Is the CFL Just Giving Free Ads to Apple for No Reason?

Announcers like to point out that the CFL are using Ipads on the sideline. The solution provider is actually a company called SkyCoach. This technology was mentioned in this article from about a week ago. 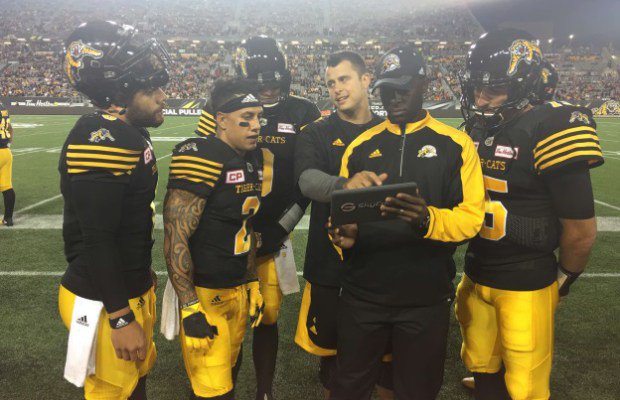 So if the tablets are not from Apple and they not the vendor providing the tecnology, why is the CFL giving them free plugs on TV?

Because the announcers are older and I have heard enough people call all tablets , Ipads.

One would think, if the CFL is being provided the tablets or Skycoach tablets, that they would let the announcer crews know.

Probably to look less bush league they are saying a big brand name.

I am glad that Rod Black and Duane Forde got the memo. Glenn Suitor on the other hand, apparently did not get any such instructions thus far. Hopefully Suitor will soon, and then this issue will cease.

Nobody here think it is a big deal, but it is. The league is always trying to get more corporate sponsors who pay real money. There should not be numerous mentions of a brand that has nothing to do with the CFL.