Indianapolis Colts’ general manager Ryan Grigson is not shy about discussing his love for the Canadian Football League.

“There’s nobody (else) that goes out of their way for that league in terms of making them comfortable (when player personnel directors or scouts) come to visit our camp,? he told me. “We really treat those guys well because we want to maintain a great relationship with that league because it has served us well.?

The Colts have had a long history of signing CFL talent, including the likes of Mike Vanderjagt, Nick Harper, Kenton Keith, John Chick, Jerrell Freeman, Justin Hickman, Sam Giguere, Dan Federkeil and Henoc Muamba, to mention a few. The late Cal Murphy, a longtime CFL head coach with stops in Winnipeg and Saskatchewan, worked for the Colts for several years as a scout, in particular monitoring the CFL for talent. Grigson, who played briefly in the CFL with the Toronto Argonauts before embarking on a player personnel career, worked for Murphy scouting NFL talent in the 1998.

“He was a great football man and I really enjoyed being around him,? he said. “He was funny, he was tough. He was such a strong Catholic. He shamed me into going to church two days in a row in Indy for a combine. It was just a coincidence that when I got here in 2012 he passed within my first month on the job. It was also ironic, I thought, that the first guy I signed as general manager was a Saskatchewan Roughrider, Jerrell Freeman. It’s kind of a coincidence but all connected in a way.

“From being up there and being in the Arena League, I knew what skills (CFL players) had. They play in space and I knew the import offensive lineman was going to be an athletic one, so I took bits and pieces of that and kind of filed it away. It’s not having a discriminatory feel for another league. Sometimes that gets in the way of other teams possibly looking at a guy because they can’t really project him in our league. They look at the (formation) or how the game is played and it looks too outlandish for them, so they can’t really put their stamp on it because it doesn’t look the same as the American game. At the same time, I always look at it that that’s the way our game is trending down here. You love to have linebackers that can play in space.

“There’s no doubt because of my time up there and scouting the league and what I know about that league, I can pinpoint certain areas and teams when I get that first initial list of CFL players who are going to become free agents. You’re always looking for that next Cam Wake (the onetime B.C. Lions rush end who has become a pre-eminent player in the NFL with the Miami Dolphins). That sure has paid dividends.? 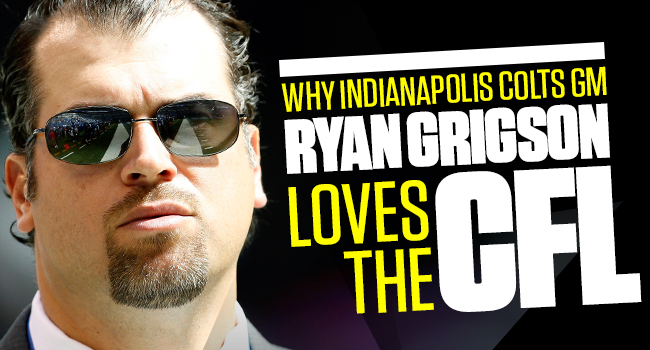 That's great, he looks at the CFL as a garden he can pick fresh players from.

That's great, he looks at the CFL as a garden he can pick fresh players from.

Conversely, any NFL or potential talent that isn't playing in the southern league will look to the CFL for an opportunity if they know that scouts and GM's from there are watching. A number of former players from here have spoken highly of the Canadian league to those they encounter in the U.S.

It works both ways.