Congratulations to Hank and all the Shaw CFL Award Winners for 2015! 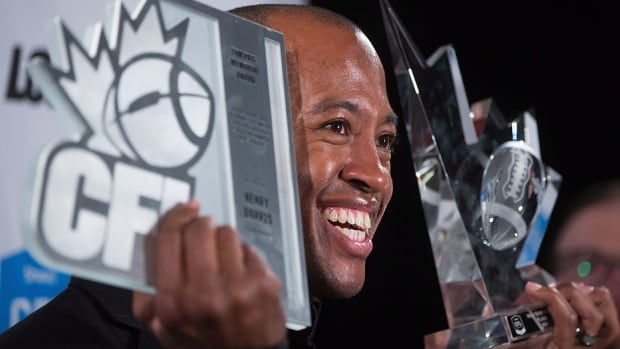 Redblacks quarterback Henry Burris poses for photographs after winning the CFL's most outstanding player award and Tom Pate memorial award for community service during the Canadian Football League awards in Winnipeg on Thursday night. Burris led Ottawa to a 12-6 record and first-place finish in the East Division, registering a CFL-record 481 completions and league-high 5,693 passing yards.

The 40-year-old quarterback was named the outstanding player for the second time in his 16-year career and received the Tom Pate award for community service.

Campbell's father, Hugh, was coach of the year in 1979 with Edmonton, making the Campbells the first father-and-son winners in CFL history.

With his parents, wife and two young sons looking on, Burris immediately paid tribute to family.