Who would you pick as a performer for the next Grey Cup in Vancouver.

Some of my choices would be: 1. Bryan Adams (from Vancouver - lots of upbeat hits) 2. Neil Young (blends country with rock-would appeal to many!) 3. an attractive female = Nelly Furtado, Celine Dion.

Hopefully somebody people have heard of. A year ago I would have said Neil Young but he is simply too political.

I think they should go with a Poppy Family reunion.

You've been making us laugh all season! :thup:

better then anything they have had since Lenny kravitz

A good halftime show needs to get the crowd exited, pumped, riled up about being at THE BIG GAME. Start of with Alan Doyle (frontman to Great Big Sea) on his solo project:

Switch to Jonas and the Massive Attraction:

Two great Canadian artists that don't get the attention and recognition that they deserve. A combination that would be far, far better than the last two years.

Gosh you are good FYB. You are sssssssoh good! 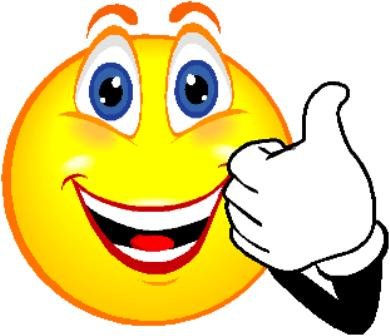 It doesn't matter who they have at half-time. There will be those that will love the artist[s] and there will be those that hate the artist[s]. Taste in music is a very personal choice. Bungle posted a couple of links. I listen for a brief time. The singer sound like he had swallowed 4o grit sandpaper. I couldn't understand a word the guy was saying. He sounded like he was having a seizure. I lasted about 10 seconds with this guy and figured he could use a good enema. But that's me. I'm not judging Bungle's taste in music but I do believe there is music and there are artists out there that would satisfy everyone in the crowd. Why? Because certain music appeals to everyone. Some music is eternal.

We don't have to go back to the 60s although a good deal of that music has still survived to today and is still very popular. Some of those artists can still entertain our socks off.

But here's what I find interesting. My wife loves to watch The Voice and America's Got Talent. Both of these programs have turned out singing talent that has been phenomenal. In fact talent that is better than some so called "talented" artists that have made it in the music world. I'm wondering why the CFL has not scouted out some of this talent and booked them.

What is even more interesting is that while some here poo poo the artists of the 60s and 70s, it is not just the baby boomer generation that loves these singers. Their kids love 'em too. And yes, even some of their grandkids get off on the music.

There are vocal impersonators as well that do an excellent rendition of the Beatles, Neil Diamond and others.

For the record there were two Grey Cup half-time intermissions that stood out for me…so much so that I still remember them today: The Guess Who [2000] and Shania Twain [2002]

Beagle, I totally agree that everyone has their own tastes. I think most people complaining made their decision on what they thought of the halftime show as soon as it was announced. I enjoy the 60's music bands as much as the next person, but they have been done to death for Grey Cups, at least the Canadian bands. I was at Edmonton for the Shania halftime show. I have heard alot of people state that was a great show. Problem is like a lot of pop bands, she sang along with a pre- recorded track. It was so obvious the other people in the section I was in, were asking if she was just lip syncing. I just think its a halftime show, you either like it or don't. If you don't mute the volume or go have a bio break.

Sound with a revolving screen showing clips of many Canadian groups/artists. Seriously. Well just use the main video board really with the field showcasing dancers waving flags whatever.