Guide to Building a Team

I didn't think some of this would ever need to be said, but over my years of fandom, I have learned, sadly, all of this DOES need to be said to at least one person on the forum (not always they same person)

Maybe this will finally be the year when Ticats completely forget to sign any players at all. Coaches show up to training camp, blow the whistle, and it’s just the water boy and training staff.

I have to say the draft is a crap shoot if you do not invest in the necessary due diligence.

Less of a crap shoot if you do.
Especially your 1st overall should be a player that will be able to contribute year 1.

There is a salary cap. A team cannot and should not go out and sign every all-star that is available. It is unrealistic to expect a team to get every big name that is out there.

Luxury tax. A team is free to spend as much salary as they want to if they: 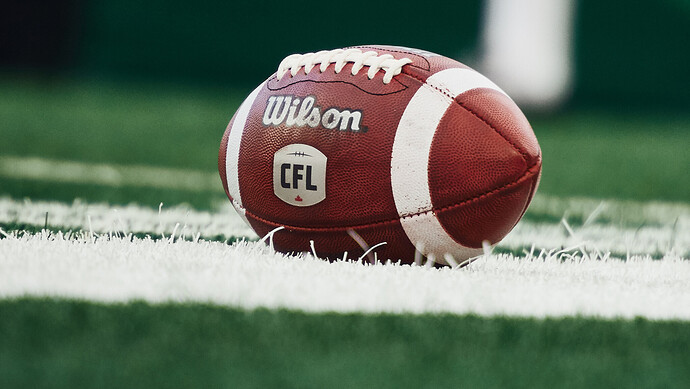 The Canadian Football League Players’ Association has ratified a new collective bargaining agreement ahead of the CFL’s self-imposed Thursday deadline. Pertinent details of the new were shared in a private report to players ahead of the ratification...

a $3,555 raise per player if allocated equally...Romaine lettuce for all Ticats!!!

a $3,555 raise per player if allocated equally...Romaine lettuce for all Ticats!!!

What was the better trade?

...gning a player from Edmonton doesn't mean the player is crap because he most recently played on a crappy team. Signing a player from Winnipeg doesn't mean he is a good player because he played on the best team in the league last seasonThe draft is a crap shoot. A guess at best. Every team in every sport in every league drafts people who do not amount to anything. Even number #1. Even a dead guy.

Pinball is the answer.

We have O instead.

Pinball is the answer.

We have O instead.

Pinball is an Argo . He bleeds Oxford and Cambridge Blue . Our colours are predominantly black and gold . This is the Tiger - Cat Forum is it not ? Who cares what the Argos do ?

I don't think it is a coincidence that Jim Barker was involved with the Tiger-Cats the year we went 15-3. He has a knack for finding good talent. We should have figured out a way to keep him around in some capacity. Whatever they were paying Creehan, Hervey or Khari could have went to Barker and we would have been much better off. Both in talent and coaching.

Pinball is an Argo . He bleeds Oxford and Cambridge Blue . Our colours are predominantly black and gold . This is the Tiger - Cat Forum is it not ? Who cares what the Argos do ?

IF Pinball picks up T. White you will.

IF Pinball picks up T. White you will.

...What was the better trade? Griner for the Russian Arms dealeror OL Beard for OL Jesse Gibbon

Well this one is not even close...

Half the people that weren't sold on this team coming out of camp were called names.

Half the people on here are basically always wrong no matter the discussion.

Half the people want Condell fired
The other half haven't voted yet.

It's much better to panic before free agency, less stressful