Nice to see a near sell out crowd of almost 23,000 for the Women's friendly yesterday between Canada and Germany at THF. Good game too with Germany pulling out the win with a late goal 3 - 2. 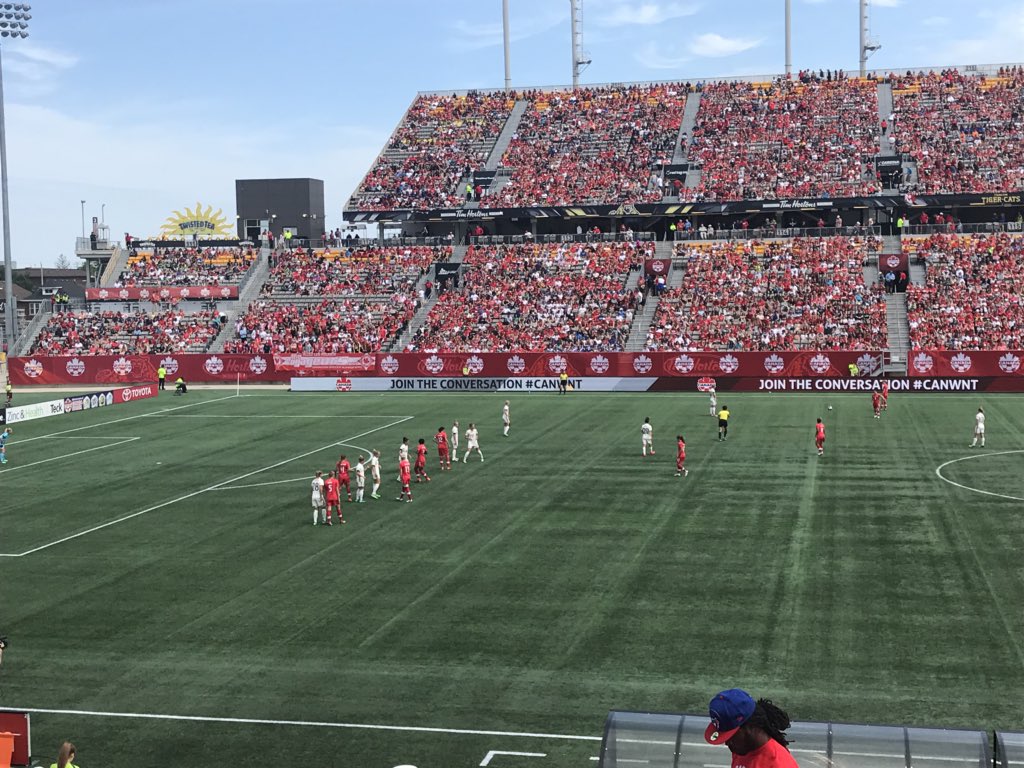 THF looks totally different with that setup. Perhaps this is a sample of how it will look if Hamilton ever gets a pro soccer team like Bob Young wants.

Announcement for club in CPL starting in 2019 will be coming just after the World Cup.

It'll be interesting how this new league pans out.

Different things though, this was a women’s “friendly” between I guess the highest level of women’s soccer in the world. The CPL will be a far cry from anything like that from a men’s perspective I gather.

Were you talking about when the Argos played their “home” game in Hamilton? That just doesn’t work in Hamilton from a Toronto or Hamilton perspective, way too much of a disconnect.