Getting some respect in power rankings

A big jump from 7th to 3rd this week. 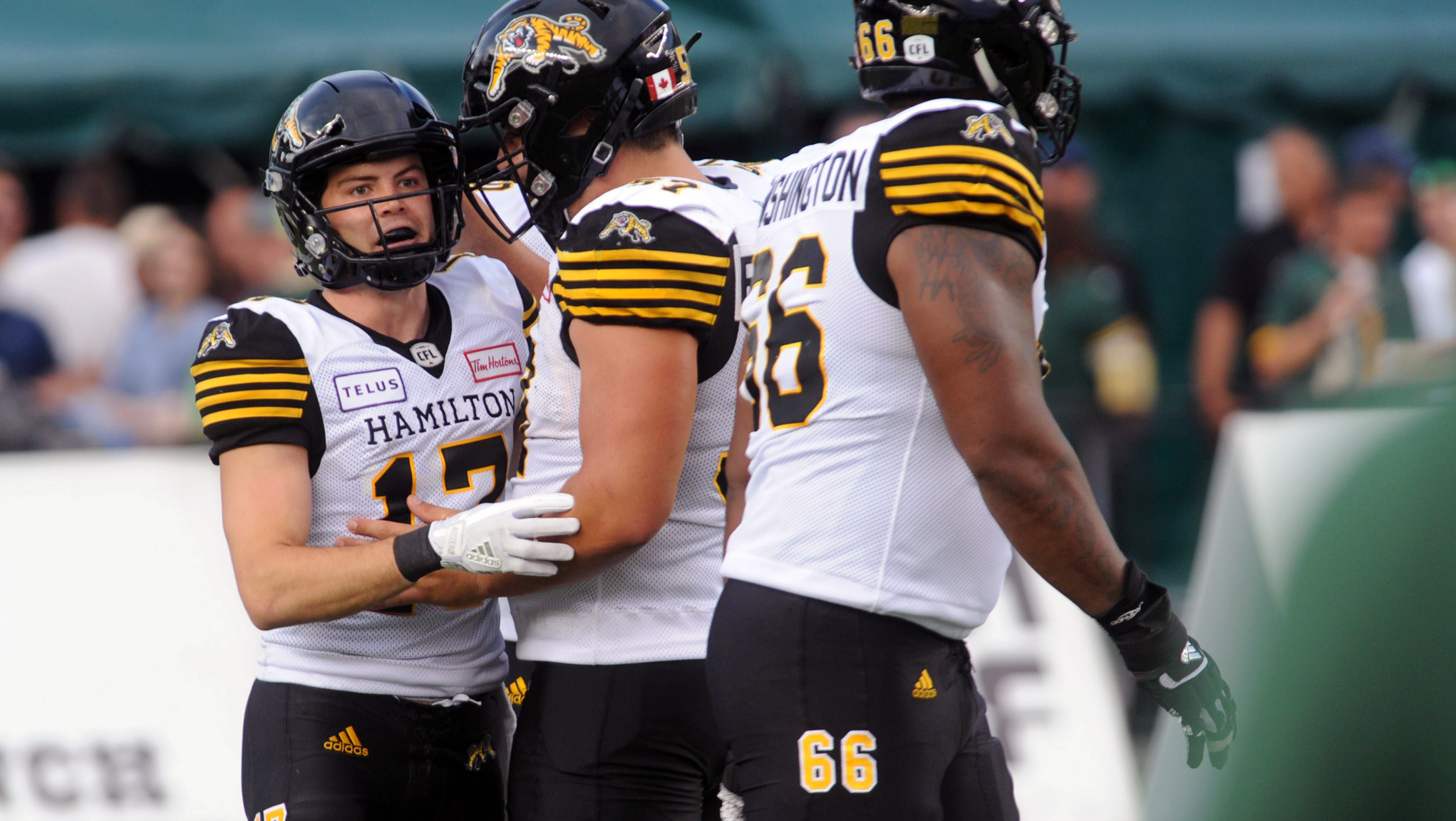 After impressive back-to-back outings out west, the Hamilton Tiger-Cats have our attention. How high can they climb in the Nissan Titan Power Rankings?

Are the Hamilton Tiger-Cats for real?

It’s been an impressive and unexpected start to the season for the Ticats, who have led after seven of eight quarters and gone wire-to-wire with two of the CFL’s best teams — on the road, no less.

While Jeremiah Masoli continues his elite level of play and Jerry Glanville’s defence continues to settle in, the Ticats have carried forward their momentum from last year and appear to be a legitimate Grey Cup contender out of the gate.

One game is all it took for the ‘Cats to leap from seventh to third in the power rankings. Clearly after an upset 38-21 win over the Eskimos, people are starting to believe in the June Jones-led Ticats. Hamilton’s hopes of winning the East start and end with Jeremiah Masoli, and so far the 29-year-old is coming through, guiding the team through a tough early schedule with impressive results.

Read it. Enjoy it. Forget it.
Here's hoping the players do nothing more.
It's far too early in the season to rank the TiCats as #3, IMHO.

I saw one ranking where they went from 8 to 2

The only only power rating that counts is holding "THE CUP"

I couldn't care less about these rankings. If they help Nissan sell some trucks, good for them. They are useless otherwise. The respect I want is that of our opponents when they face us. The ranking I want to see is our name engraved on the Grey Cup.

I suspect the Stamps will be ranked 1st all year and Allouettes last for most of the year. A lot of this is based on the team's reputation.
Rest of the rankings are just arbitrary. Real rankings are the standings.

Power Rankings are never done properly in the CFL.

In reality they should be based on a snapshot of a tram that week. Instead they used arbitrary rankings to start the year. Toronto and Edmonton are too high.

And I'm not being a homer but really we should be 2 considering who we lost to and by how much.

I always look at it and say what would the Vegas line be on any game and that's how you could look at rankings.

Last year at the end of the season (pre playoffs) you could argue we were a top 3 team in the power rankings.

Real rankings are the standings.

It's interesting that after two weeks, only one team is 2-0 (CAL). Two others are "undefeated" (BC and OTT) but they have only played one game each. And this week BC plays EDM while OTT plays CAL - so we could easily be left with just one undefeated team three weeks in.

I always look at it and say what would the Vegas line be on any game and that's how you could look at rankings.

Exactly. Look at each team, determine how they would fare against every other team (not just the team they will be playing that week), and then look at which team would perform the best overall.

was about to say Ottawa and the Cats should probably be flipped in the rankings (3/4) but come to think of it, based on injuries and last week's results:

my rankings as of today would be