Three months before hosting the European Championships Germany will meet Japan for the first time in a national team contest in the Germany-Japan Bowl in the ESPRIT arena in Düsseldorf on April 24, 2010.

The organizer of the game is DüsseldorfCongress, the operating company of the ESPRIT arena.

President of the German American Football Federation (AFVD- American Football Verband Deutschland), Robert Huber said: "This game is an absolute highlight in the history of our federation. With Japan we will play against the second strongest country in the world next to the United States. This game will not only be a game to prepare our national team for the upcoming European Championship but will also help our national team determine its playing level internationally".

There could not be a better choice of venue for a game between Germany and Japan than the Düsseldorf ESPRIT arena. Düsseldorf is well known for its many connections and relationships to Japan.

The ESPRIT arena has 51,500 seats and a roof that can be closed completely within 30 minutes. This international game provides a good occasion to once again celebrate a big football event in this modern arena.

No country outside of North America has such a long and successful American Football tradition than Japan.

Following victories against European Championship competitors Sweden and France, Germany was once again able to assert its top position amongst its European competitors.

"It was important for us to find a top team to play against, in order to prepare our team for the European Championships in Frankfurt," stated Marshall Happer, the National Team Sports Director of the German national team.

Teruo Taniguchi, President of Japan American Football Association (JAFA) said: "We are really looking forward to having a game with the German National Team. Team Japan won the silver medal and Team Germany won the bronze medal at the last IFAF Senior World Championship held in 2007 in Kawasaki, Japan, but we do not know which team is stronger, since we have never played against each other at the senior level.

This will be the first game between the two countries, and we believe it will be an exciting one. We are also looking forward to visiting the city of Düsseldorf, which with its Japanese community and Japanese ties is one of the closest related cities in Europe to Japan and the game in Düsseldorf has a special meaning for the Japanese people. We appreciate this opportunity and would like to express our special thanks to Mr. Robert Huber, President of the German American Football Federation."

Jörg Mitze, Managing Director of DüsseldorfCongress, said: "We are very proud to host this game in 2010 and to bring a big American Football game back to Düsseldorf. Like no other city in Germany, Düsseldorf can look back at a long tradition of American Football."

"This is the reason the AFVD decided the ESPRIT arena in Düsseldorf is the ideal venue for this game. The German Japan Bowl will be a success for the city of Düsseldorf, the AFVD, DüsseldorfCongress as well as for all fans who love the game of American Football."

The AFVD and JAFA aim to establish a tradition of the Germany-Japan-Bowl, which will take place every few years. The next Bowl would be the Japan-German-Bowl II, which would possibly be played in Japan shortly before the 2015 World Championships. Respective discussions regarding the second game were also agreed upon.

I'd love to go to some of these games just because I'm sure its the beginning of something bigger. :thup:

I sure hope that Canada can start setting up some international games to start preparing for the world championship in 2011. I think we are a little arrogant when it comes to football. Japan and Germany are really good teams and Japan nearly beat us at the world junior's. It was a last minute touchdown that saved us....and we assembled a really good team, with really good coaching.

They took us to double overtime in 2007. We had guys from Virginia Tech, Michigan, Syracuse, Arizona, TCU, UNC and other D-1 schools and they still took us to our limits… I wonder what kind of team we’ll send in 2011? I hope to see some more D-1 power or I think we will lose…

I did not realize there were division I players on that team, I thought it was mainly just DII and DIII players. Wow, Japan is good. I think it would be in the best interests of team canada to play a few games against team USA leading up to the championships.

They took us to double overtime in 2007. We had guys from Virginia Tech, Michigan, Syracuse, Arizona, TCU, UNC and other D-1 schools and they still took us to our limits... I wonder what kind of team we'll send in 2011? I hope to see some more D-1 power or I think we will lose...

Team Japan lost to A bunch of washed up Notre Dame PLAYERS a few months ago in reality Japan cant compete witht he usa in football we are hundreds of years ahead.The team Japn played a few years ago had no D 1 PLAYERS and the guys only played together for abotu 9 practices.If the usa fields its best players nobody in the world would beat us.

Maybe not the pinnacle of D-1 players but still D-1 and if you can play on ANY D-1 team, you can play and play well, PERIOD.

I was at the game in canton when that LAVAL coach couldnt beat a high school usa coach at the world juniors.What A joke even with your rules in your own stadium we would still win by 50 points

Just JOIN THE NCAA AND RUN WITHT HE BIG DOGS

I was at the game in canton when that LAVAL coach couldnt beat a high school usa coach at the world juniors.What A joke even with your rules in your own stadium we would still win by 50 points

First off genius; What does the immature rant you posted in any way have anything to do with Canada promoting 3-Down Football around the world? What? is america the only country allowed to force feed it's lower shelf brand to the globe?

Second; What do you mean by "your rules" and "your stadium"? I'm american you dipstick! But i guess it's too difficult for you to check someone's profile and find out where they live

Japan won 27-17. However, Japan basically scored a TD on an opening kickoff that went down to the 1 yard line. So deduct that and the actual game was 20-17 Japan. Pretty good game by all accounts on hand. 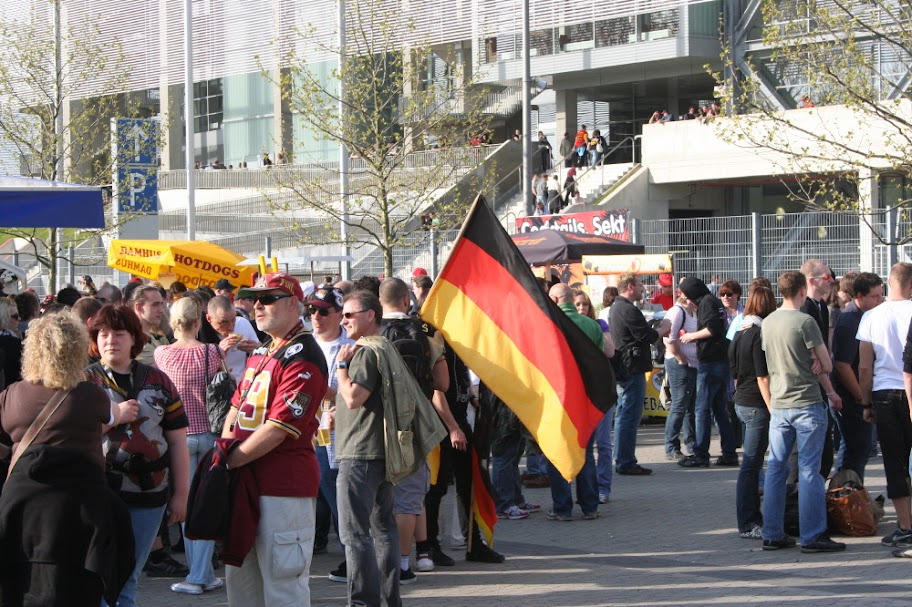 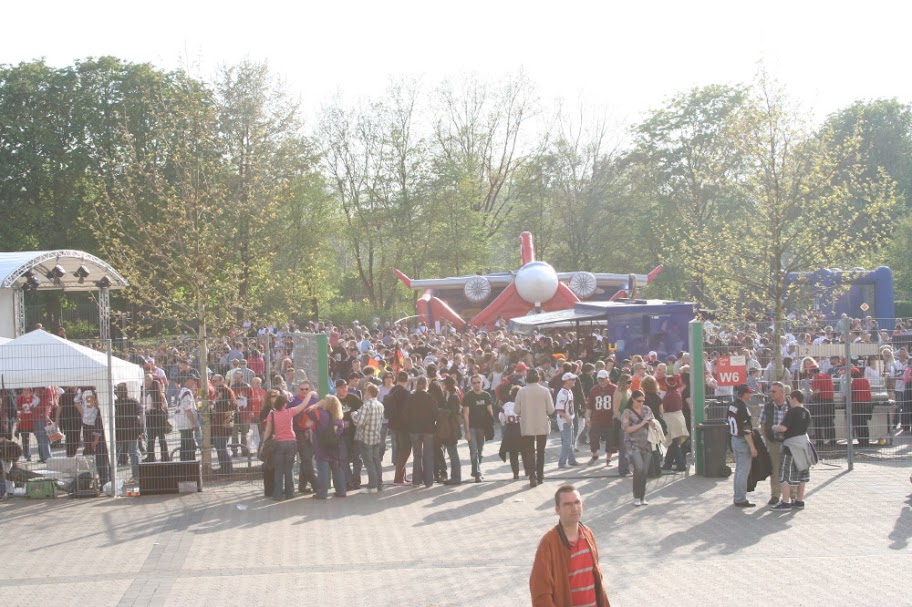 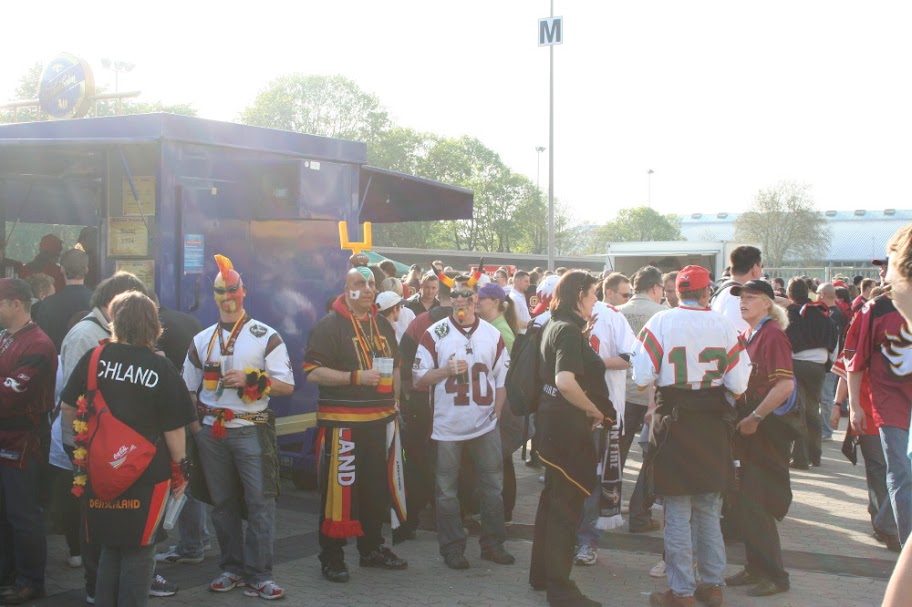 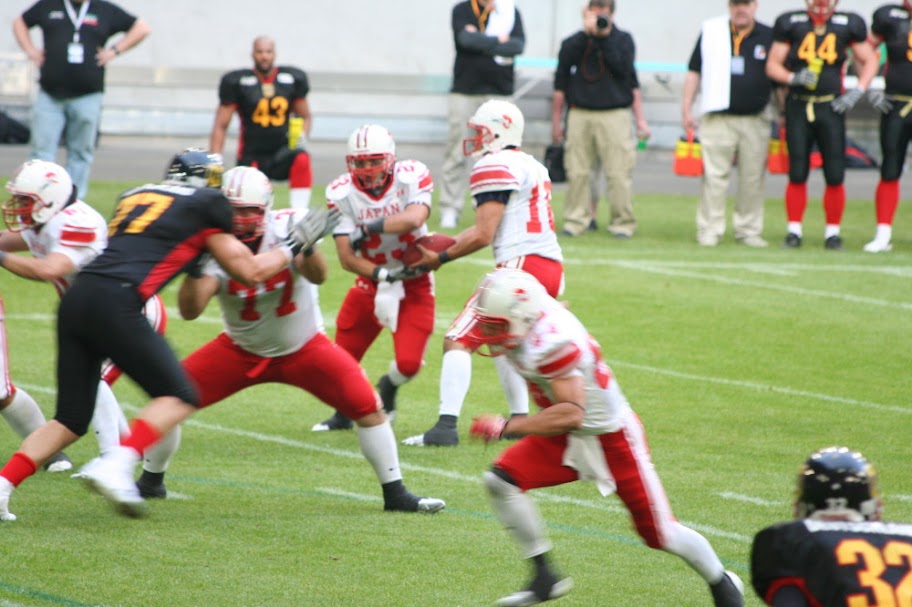 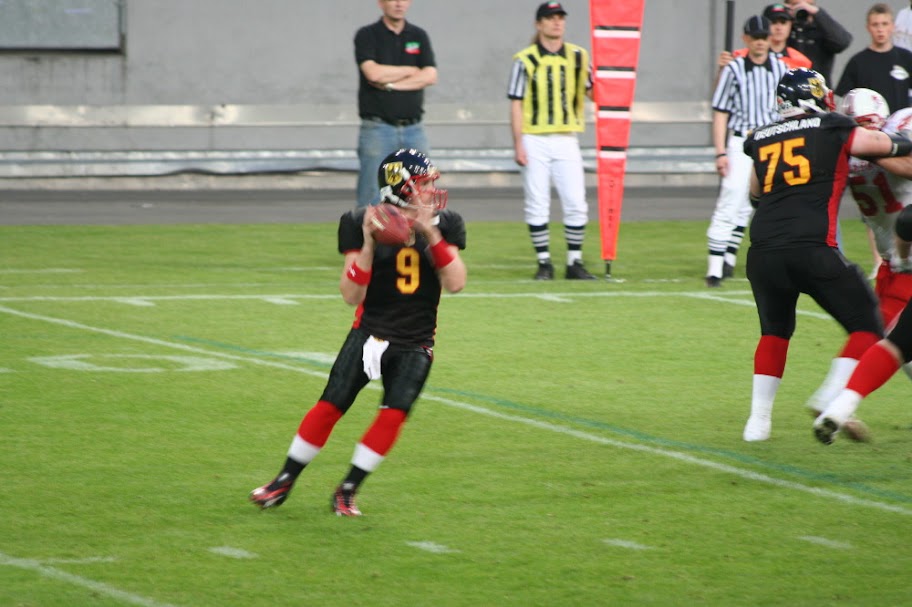 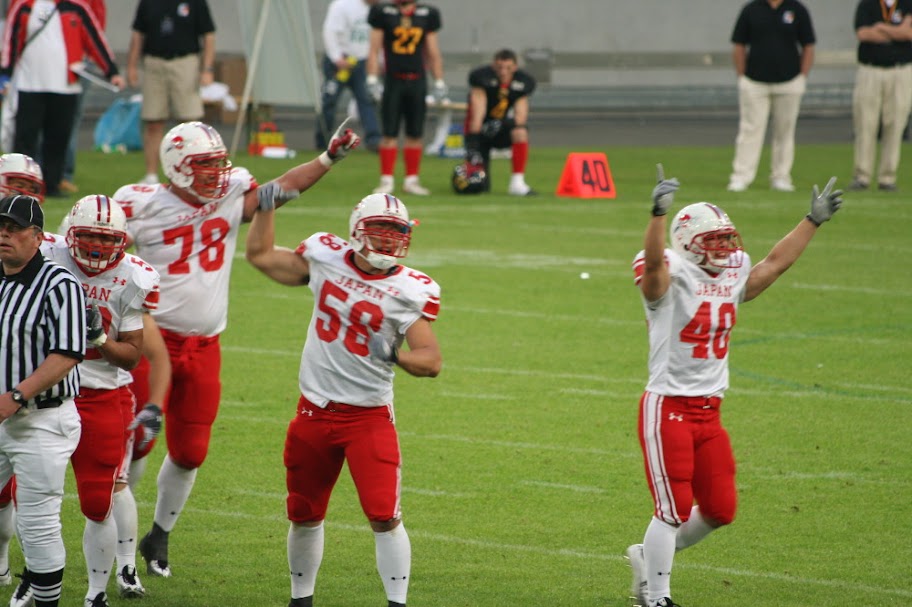 No doubt Ugo, and sure I might be dreaming but I would love it to be played with unified rules on a Canadian field with mostly Canadian rules except 4 downs and line up on the ball!

No doubt Ugo, and sure I might be dreaming but I would love it to be played with unified rules on a Canadian field with mostly Canadian rules except 4 downs and line up on the ball!

I agree UGO ,but re PX :? Canadian rules yes :thup:

You can see the full game here:

You can see the full game here:

Hey thanks for posting the link.

Football withdrawal of all kinds, including rugby and soccer, is so bad around these two effective long weekends to start summer that actually as I have to work this weekend I will be watching this tonight too! Thanks for posting.

Hopefully these teams show some quality play though.

I wonder when the day will come when we can just dial up any past matchups in the last two decades in the CFL, NFL or rugby union, for games for which we don't know the score, for one cheap price in the off-season instead of the damn media relegating use to "LEBRON!" and "KOBE!", even spring training baseball, the overproduced NFL draft, and all the off-season BS like "BRETT FAVRE!" and "T.O.!" :roll:

It's not complicated but no one is making that happen yet instead of about 95% of just plain awful crap on TV. Geez I am hardly the only one who thought of Classic Sports Network before it was bought by ESPN before that happened.

So far I have only http://www.ustream.com and http://www.channelsurfing.net that bail me out sometimes when not blocked at work or another annoying software download is needed.

In brief, I got through about a quarter of the action before getting bored. Here is a summary of the quality of ball at hand.

The broadcast is in German of which I understand some, but it is annoying that they don't post down and distance and you can't see the time left either. In fact you can barely see the score.

Basically Japan run two offencive sets either via a spread offence or a ball control/option sort of set with unevenly split backs with Germany running typically a nickel defence with a four-man front. Japan move the ball rather well on offence too.

The teams are solid on the fundamentals of tackling, blocking, positioning, and discipline to avoid penalties to the level of better than far most NCAA teams.

The kickoffs and field goal attempts by Japan however are woeful and even I could do better though I am a better punter than place-kicker. You would think they could find a soccer player in Japan who could convert to kick a football?

Also woeful are the receiving skills of Germany compared to Japan's rather solid corps, though it seems that all receivers run good routes and the timing between the quarterbacks and receivers on both teams is impressive.

Overall I came away impressed with the level of play though I think the quality of broadcast made it so much harder to view even as a football junkie.

I still think that if you have Canada and the U.S sending profesionals actually making it the best of the countries going then it would be better, because even that article is ignorant in not acknoledging us because, in reality the americans are the best at football but the country who founded the sport being canada is a lot better than japan is